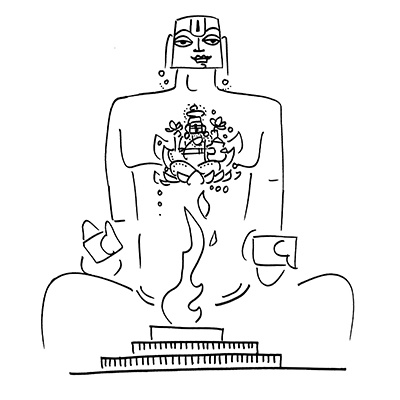 It is fashionable nowadays to use the word ‘Brahmin’ with contempt, inversing the contempt of many Indian elites for lower castes. It mirrors the contempt for all things ‘white’ seen in the intellectual West. One can say this is social justice at work, a pushback against centuries of Brahminical and white hegemony. But this outrage (real and imagined) must not blind us to the contribution of Brahmins, especially their role in creating the temple-states in South India and even across the sea in Southeast Asia.

To understand the role of religion in state formation, we must glance at the history of Ghana (8th century) and Mali (13th century) in West Africa and Swahili (10th century) in East Africa, where the arrival of Islam changed the fortunes of old city-states and trade routes. For, with religion came intellectuals who understood economic and political systems as well as art and architecture. Likewise, the migration of adventurous Brahmins, along with Buddhist and Jain monks, from North India to South India and thence to Southeast Asia, played a key role in the spread of Indic civilisation.

From 300 CE to 1300 CE, from the Gupta period to the arrival of Islam in India, the elite from Afghanistan to Vietnam spoke Sanskrit and this shaped kings as well as kingdoms. This period saw the spread of Buddhism and post-Vedic ‘Puranic’ Hinduism to a vast part of the world, which is why when one visits Myanmar, Cambodia, Thailand, Laos or Indonesia, we feel a sense of civilizational continuity with India.

Since ancient times, people from North India had been travelling to Central Asia in the West and Southeast Asia in the East. But cultural contact was accelerated when religious ideas rose and began to spread. Amongst the first ‘missionaries’ were Buddhist monks, sent by Emperor Ashoka. Even before the Buddhists, from around 800 BCE, if not earlier, the men we refer to as Vedic rishis travelled to unknown lands over hills and forests and seas, spreading Vedic ideas beyond the Gangetic plains. Thus we hear of Agastya rishi travelling to the south, having caused the Vindhya Mountains to ‘bend’. And we hear of Kaundinya rishi travelling to Cambodia and marrying a naga princess there.

Over time, from around 1800 years ago, local chieftains started inviting Brahmins from the Gangetic plains to help set up kingdoms. These Brahmins were different from the Vedic Brahmins. They followed the Agama tradition based on the worship of Shiva and Vishnu in temples. They were knowledgeable in dharma-shastra (governance), artha-shastra (economics), niti-shastra (politics), kama-shastra (art), natya-shastra (theatre) and shilpa-shastra (architecture), and they were world-affirming. They connected the clan gods (kuladevata) of the chieftains to Shiva, Vishnu and most importantly Durga and brought them into the Hindu fold. Across India, even today, there are many kings known for venerating and tracing their power to a fierce goddess, often one who rides a lion or a tiger, such as Chamunda of Mysore, Bhavani of Kolhapur or the Thakuranis of Odisha, who rose to popularity in the post-Gupta era.

These Brahmins helped a chieftain become a king by establishing a kingdom that privileged them and their clan. They were like Brihaspati to Indra and Shukra to Bali, priests in mythic texts. Historians call this process ‘kshatriyisation’ or ‘Rajputisation’ where a king’s ancestry was traced either to the sun (Surya-vamsa) hence Ram, moon (Chandra-vamsa) or to fire (Agni-kula). Land was given to Brahmins as donations (brahmadeya, or agrahara), as indicated by vast number of copper plates in this period. Brahmins established villages in these lands, inviting people of different communities to join them. These communities were organised in segments, based on vocation, and hierarchy. The Brahmins, the kings and the aristocracy lived closer to the temple. At the margins lived the least powerful service providers. In between were the markets.

Thus we find across South India and Southeast Asia from Kanchi in Tamil Nadu to Puri in Odisha to Angkor Wat in Cambodia, vast cities that grew around temples. To ensure the king did not feel threatened, the Brahmins made sure they were associated with the philosophy of ‘detachment’ and actively distanced themselves from profit and power. They focused on the deity in the temple and through him connected with the king. Internally, amongst Brahmins, the ‘ritualist philosopher’ gained higher status than ‘service provider’. Eventually, the order of Brahmin-monks (matha, akhara) rose and became even more powerful than Brahmin-householders.

But this remarkable system had a negative side. At the periphery of these temple-states were communities of people involved in ‘impure’ vocations and so shunned to protect the core of mystical power the royal centre of the temple-state. Although many Brahmins such as Dyaneshwara and Eknath in Maharashtra, especially during the bhakti movement, denounced this practice and saw it as against the spirit of Vedas, they failed to purge it. In time, this Brahminical obsession with ‘purity’ led to its global criticism and eclipsed its grand achievements in temple-states across South and Southeast Asia.