Cultural leadership: hierarchy in the east and individualism in the west 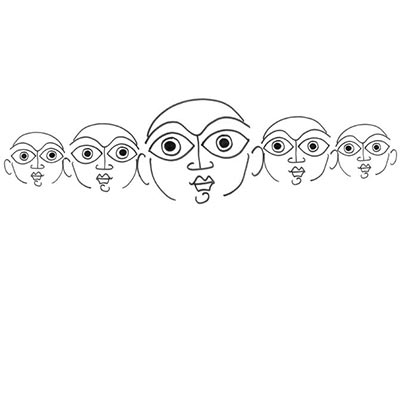 Modern management tends to homogenize things on principle: it is embarrassed to differentiate skills on the basis of culture, for it goes against the doctrine of equality. However, diversity is all about being different. China is different from Australia and Europe is different from America and Arabia is different from Africa and India is different from Latin America. How does this difference in culture contribute to difference in leadership? Since life is different in each of these countries, do people in these cultures learn different skills to negotiate through life? And does that change when they all land up in the same business school in America? Does education wipe out childhood cultural training? Basically, are leadership values universal, or cultural? These are questions that are increasingly being raised as more and more leaders in organisations come from non-European and non-American backgrounds. While some leadership traits are found in all leaders, there are many that are cultural, and must not be ignored when discussing leadership.

Both myth and history play a key role in shaping culture. Take America for example. North America is shaped by Protestant Christian myth that rejects papal authority and prefers individualism. South America is shaped by Catholic Christian myth that submits to papal dogma. There have been immigrants in both continents but while individualistic Capitalism prospered in the North, collective Communism prospered in the South. Until the Second World sphere in Europe; in America, money ruled, not birth and so Europeans tend to be far more reserved, and socially conscious than the more individualistic and egalitarian Americans, who love change, so long as it is assimilative and does not demand accommodation.

North Americans are known to admire charismatic and competitive leaders. By contrast, Australians whose land was initially created by convicts from Europe — have a deep hatred for any kind of authority figures and prefer the more coachlike ‘mate’ as a leader. Most American, European and Australian leaders believe in being supportive and do not understand self-protective face saving actions that are very well understood in China, and Middle East. China is comfortable with authoritarian leaders who give clear instructions, while in Africa, the leader, despite all pomp and show, works hard at being accommodative of the entire ‘tribe’ and gaining consensus, delaying the decision process. As in ancient tribal cultures, great value is giving to protocol and ritual as that is meant to demonstrate lack of hostility. By contrast, in China, ancient court culture, has led to rituals that demonstrate hierarchy.

Indians are known for their headshake and saying ‘yes’ when meaning no which exasperates Americans who love straight talk. Few Europeans can understand how educated Indians have comfort with mathematics, science and religion, going to the temple before launching space satellites. Indians are known to be bad team players, in India. We want to deny the community and caste orientation of successful business communities, due to political correctness, but it remains an open secret. Indians deeply resent feedback and evaluation and question ratings consistently. While Chinese hate standing out in a team, Indians love standing out, being different rejecting the collective. In India, power is demonstrated by rule-breaking which is why Chinese ‘bee-like’ discipline is so intimidating. Indians hate planning and documentation, something that has shaped China in the past and continues to do so in tiny Chinese city-states like Singapore and Taiwan. Indians are so tolerant of diversity that it almost seems like Indians love chaos. Yet, in the family business, there is clearly a feudal hierarchy, shaped by the patriarch, which creates a sense of order in the extended family. To be loyal, to be submissive and sycophantic, does help when dealing with family leaders, as well as corporate dynasts.

Of course one must be careful not to stereotype! A cultural understanding of leadership, an appreciation of cultural differences, work at a collective or statistical level, not at an individual level. A Chinese leader may show more American traits like favouring charisma despite being raised and educated in China, at an individual level, and likewise an American raised and educated and China may show a Chinese trait like wanting to save face in a crisis. A cultural understanding of leadership helps us at a macro level. At a micro level, customisation and contextualisation is needed. For an individual always resists the collective frameworks in his or her quest to be an individual.