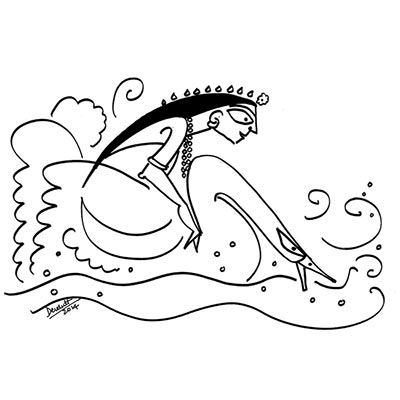 My parents migrated from Odisha via Chennai to Mumbai over fifty years ago. I speak both Odia, language of my roots, and Marathi, language of my domicile, fairly fluently. So it was with great delight to learn that both these languages are now deemed classical languages in India, because both are over a thousand years old for sure, and maybe even 2,000 though evidence for the latter can be deemed speculative.

Languages are like rivers, transforming and changing as they enter new terrain, mingling and merging like tributaries, and breaking out as branches. We must be wary of indulging the ego by declaring a particular language is ‘older’, ‘purer’, and ‘original’ as we may be tempted to by the qualification of ‘classical’. However, we must also not stop acknowledging the history and geography of a language.

The word ‘Prakrit’ from prakriti (nature), refers to organic languages that emerge on its own as people interacted with each other, while the word ‘Sanskrit’ comes from sanskriti (culture) and refers to language refined by grammarians. Logically speaking, Prakrit would have come first and Sanskrit would have emerged eventually. But in popular lore, Sanskrit came in its perfection from the gods to humans via the rishis. And every language in India is a corruption of it. Linguists will not agree. In fact, Vedic Sanskrit is very different from Puranic Sanskrit, the latter being the result of a great grammarian called Panini who made the famous quote, ‘For pots you go to the potter but for language even the linguist must go to the market’ acknowledging that language emerges from human interaction and not from some authority. The word ‘Sanskrit’ to describe the language of the Brahmins emerged much later.

As Brahmins ensured the survival of Sanskrit, on the streets Prakrit gave rise to a whole bunch of languages, first Pali and Magadhi and Ardha-Magadhi, and eventually regional languages we all know including Maharashtri, or Marathi, in the West, and Odia in the East. Tamil is the language of the south, attributed to the great sage Agastya, and probably predates Sanskrit, though we can never be sure of it.

It mingled and merged with Sanskrit to give rise to many regional tongues, also deemed classical languages: Kannada, Telugu and Malayalam. Non-Sanskrit Dravidian words have been found in the Veda too, indicating its antiquity. In the North, came Persian and Arabic with warlords and traders from the North West which mixed with local tongues of north India, the Apabrahmsa, to create a whole bunch of new languages such as Khariboli, including Awadhi and Braj Bhasha, from which we created what is now known as standard Urdu and standard Hindi, now restricted to Pakistan and India respectively for political reasons. Modern nation states have a habit of fixing language, which by nature are fluid.

Then, of course, there are the tribal languages, dozens of them. Scholars have traced over 300 Munda words in the Veda. Professor Ganesh Devy who is responsible for the People’s Linguistic Survey of India (PLSI), states that while the Census lists only 122 languages in India, there are nearly 780 distinct languages in India, each with a distinct worldview. Many of these languages have no script and will eventually have few speakers, as many aspire to move towards a homogenous world bound by one language, for the sake of efficiency.