Who is a Hindu?: Gods and judges 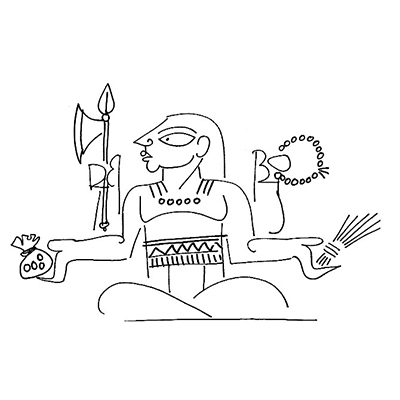 The text Manusmriti does not call itself Manusmriti (recollected reflections of Manu on social affairs); it calls itself Manavadharma-shastra (a treatise on human social conduct). It has a thousand verses for Brahmins, a thousand verses for the king and his law, only eight verses for vaishyas (merchants) and barely two for shudras (service providers). Yet the British saw it as a Hindu rulebook paralleling Sharia, the Muslim rulebook. Sharia derives authority from the words of god and god’s messenger, concepts unfamiliar to Hinduism.

Manusmriti states that it is based on Shurti (Vedic ideas), Smriti (tradition), the behaviour of good people and the approval of conscience (atmasantushti). In other words, they were contextual and needed to be adapted with space (sthan), time (kala) and people (patra). Though most popular as a Hindu rulebook, Manusmriti is part of a thousand-year legacy of Hindu code texts known first as Dharmasutras (aphorisms) and later as Dharmashastras (verses) composed by Brahmins. While Buddhist monks were compiling the ‘Dhammapada’, or the path one should follow to realise the Buddhist truth, which was essentially a monastic way of living, Brahmins were compiling Dharmasutras and Dharmashastras, aimed enabling a man to lead a fulfilled life as a householder.

The texts were written between 500 BCE to about 500 CE by many authors, apart from the legendary Manu. They are full of variations, indicating that they were continuously adapted to suit local and contextual needs. There are some general things in the dharma shastras like speak the truth, and seek the higher goals over the lower goals. Manusmriti explains how the world was created and why kingship was established. However, most of these dharma texts deal with general behaviour (achar), legal codes of conduct (vyavahara) dealing with marriage, inheritance, property disputes, public safety and women’s security and various penances for atonement. Attention is given to ‘varna’ and ‘ashrama’, i.e. one’s role based on one’s family vocation and stage of life. The sage Apasthamba wrote on social conduct over 2,400 years ago. And he declares that no god or celestial being comes and reveals what is good or what is bad. Laws do not announce things as good or bad. Humans must figure it out themselves based on precedence and conscience. This is a pragmatic person, not a prophet revealing the word of god on how people should live. This tone is found throughout the dharmasutra-dharmashastra texts. The humanistic approach is more in line with modern times than Abrahamic dogma, where everyone seeks validation from the word of god or the life of god’s messenger. The pages of the Jewish Talmud, for example, are designed in concentric format, the centre capturing the oldest law of god, and around it, commentaries and interpretation of scholars in history over the past 2,000 years. Islam relies on Quran (word of God) and hadith (words of the Prophet on daily behaviour or sunna). Here there is an overwhelming sense that ultimately one is answerable to god.

Dharmashastras certainly favour Brahmin men, not because they were divine, but because they were its creators, custodians and commentators, whose skills in statecraft made them popular among kings. It was said a king who didn’t not rule using dharma, as explained by Brahmins, created anarchy. In fact, the king was created to take humans out of the forest, towards civilisation. Hence these rulebooks.

Rules are supposed to make us humans. It is unfortunate that those who came up with these theories and rules, both the Brahmins and kings, did not apply these principles of dharma on themselves. They chose to dominate the meek using might as alpha beasts do, rather than exploring their humanity, using their strength to help the weak. Replacing Manusmriti with the Constitution has not changed this basic problem of regulating power between the mighty and the meek. We may have rejected corrupt kings and Brahmins and aristocrats, replaced caste hierarchy with egalitarian principles, but we still have corrupt, sexist and casteist politicians and bureaucrats and judges. We forget that humans make laws, but laws cannot create humans.