Who is a Hindu? Can politics be spiritual? 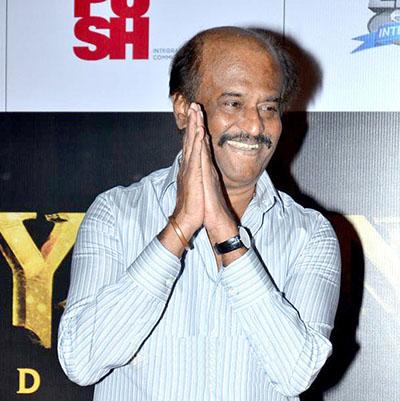 Rajinikanth, the super-superstar of the Tamil film industry, declared on Dec 31, 2017 that he plans to enter politics. He will start his own political party, which currently has no name, only a symbol, a curious hand gesture (mudra), which represents a lion in Indian classical dance, but a bull, or even a horned-beast (Devil), in the West. It reminds me of the episode described in Shiva Purana, where Shiva dances and communicates to sages through gestures.

Like Krishna, Rajinikanth paraphrased ideas from the Bhagavad Gita: we have control over actions not results; if we fight a war and die we go to heaven, but if we win, we rule; if we don’t fight, we are cowards. He spoke of casteless politics in a state where caste continues to play an important role, despite the expulsion of Brahmins from positions of power.

Interestingly, he spoke about ‘spiritual’ politics. Tamil Nadu is the land of rational Dravidian movements, where spirituality has long been criticised and rejected for being irrational. Political rivals were quick to add that spirituality is something private and not for public spaces, such as politics. When asked to clarify what he meant by spiritual politics, Rajinikanth said he meant ‘honest and secular’ politics. That took the wind out of the sail.

Spirituality has nothing to do with honesty or secularism. Honesty is just good behaviour that an institution expects from its members for administrative efficiency, without necessarily reciprocating. Thus, the Indian state today wants its citizens to be honest about their income and expenses through ‘Aadhaar’ but does not reciprocate honesty when it seeks ways to bypass Right to Information (RTI) and party-funding transparency. Secular was meant to keep powerful religions out of politics: in Europe it succeeded in keeping the Church out. However, in time, as in India, it has become about indulging rabble-rousing ‘community leaders’ of ‘minority groups’ who can harness votes.

Democracy is all about obtaining votes. And so it is important to stand for something, something that the voters can connect with at the moment of voting. This connection is neither rational nor consistent. It is purely emotional. While the architects of democracy in their intelligence assumed that voters are rational creatures who will vote rationally for consistent politicians, the reality that politicians understood is that people are emotional, and if you can use that emotion well, you can transform voters into a herd of deer who do your bidding and will vote for you. A powerful trick is to use religion, or rather fear of another religion. In India, secularism has used the fear of Hindu fanatics, who killed Mahatma Gandhi, to garner votes from Muslims. But how does one garner Hindu votes? By stoking the fear of Muslims, their alleged hyper-masculinity, and their propensity for violence attributed to their diet of meat. This works only for the ‘upper’ caste though. What about ‘lower’ caste votes? For that you stoke their rage against centuries of discrimination. This is what was done by the Dravidian movement in Tamil Nadu, to drive out the Brahmins who held positions of power for centuries.

Development united all three groups – Muslims, ‘upper’ caste Hindus, and ‘lower’ castes, who prefer being called ‘Dalit’, not Hindu, and who refer to ‘upper’ caste people as ‘savarna’. But development is measurable. If you fail to deliver, you will be caught. Development demands destruction of natural resources and restructuring of cities – that gets you the ire of environmentalists, scientists, Communists, who stand up for worker rights, and Maoists, who stand up for the land rights of tribal communities, who end up hindering development, preventing India from being the global economic superpower that the Indian Middle Class want it to be.

Our cousins who migrated to the west mock us for our poverty, and that makes us very angry, for we know India has the intelligence, the capability and the resources. In all rational conversations, spirituality is kept out. Because we still cling to 19th century definitions of spirituality when it stood for all things inexplicable and magical. Today, we know that 19th century scholars confused psychology and para-normal phenomena and bundled them both as non-measurable hence non-material, hence spiritual occurrences. We are far better informed about the workings of the mind and know how spirituality helps humans deal with issues of selfworth, self-esteem and self-reliance and helps humans build healthy relationships. We also know through psychology again, that para-normal phenomena such as ‘aura’ and ‘energy’ and ‘divine sight’ and ‘talking in tongues’ are used to cope with insecurity, failure and frustration, and to harness hope, in order to feel significant, to feel we belong to a grand design, if not a tribe.

Spiritual politics is introspective. It’s for leaders, not their followers. It’s for them to transform from alpha males who lead violent packs into tapasvee raja, like Ram and Krishna, leaders who are focussed on the benefit of everyone, even those in the opposition, even their critics and enemies, and not just for their crown, their legacy, their slaves, their fans, their party, their religion, their caste, their tribe or any other surrogate families.