The girl who chose 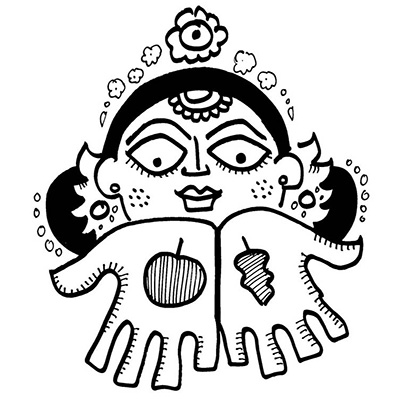 About a thousand years ago, a remarkable thing happened in India. We find a rapid rise of regional languages and scripts giving rise to the modern languages of India. And the first, and most popular piece of literature to be composed, and recomposed, by several poets in most of these languages, happens to be the epic, Ramayana. Here, the nayaka (ideal protagonist) of earlier Sanskrit plays, the avatar (abbreviated form of the infinite divine) of the Sanskrit Puranas, becomes bhagavan, or God. Every one of these poets claims to be inspired by Valmiki Ramayana, composed over 2,000 years ago, but each one gives the story a twist of their own. What is consistent is the regal nature of Ram, his nobility and augustness. He is, after all, the only form of God in Hinduism to be visualised as king. When Western academicians started studying the Ramayana, they did so, naturally, with Western prejudices, which included on the one hand the notion of Christian God who died for the sins of man, and on the other, the doctrine of equality and social justice. Viewed through this template, all Hindu gods appear inadequate, especially Ram, the God-king.

This template is only now being called out. But, the damage is done. Writers on the Ramayana are obliged to play a courtroom game, where Ram is being constantly prosecuted for being problematic. The defenders are deemed ‘Right radicals’ and the prosecutors are imagined as ‘Left liberals’.

But, as we have heard so many times on the streets of Mumbai: nazar badlee to nazara badla, when the gaze changes, the world changes. Time to break free from this Right-Left game of those who love to dominate. Then a new Ramayana emerges, or rather the older one, one of Valmiki Ramayana. It explains why Ram was admired –albeit for different reasons – by Hindus, Jains and Buddhists as well as the people of South East Asia, in Camodia and Thailand and Bali and Burma.

Suddenly, you realise the many conflicts of the narrative: how to be decent in an unfair world? How to love a man who will follow the family rules, even if the rules are unfair? How to love a woman who has her own mind? How never to deny dignity to the man who does not respect any rules or choices? How to accept suffering that follows when you punish someone? How to accept misfortune that is not of your own making? How to raise children with love, not hatred for the father who abandoned them? How to let go without taking away the dignity of those who are rejected?

Hinduism has no concept of Judgement Day. God is no judge in Hinduism. Yet, we find Hindu ‘leaders’ passing judgement all the time. Why? Wherefrom came this template, or this desire to turn humans into hero, villain, or victims. From Christian mythology? From Greek mythology?

Time to seek alternate templates. Discover the world where no one is good or bad. Where there are only rules, choices, consequences, and no guarantees. How do we then live our life with responsibility, and without blame? This is the divine world of the Ramayana, where a girl who could choose fell in love with a prince who was bound to follow rules.