Neither Mythological Fiction Nor History 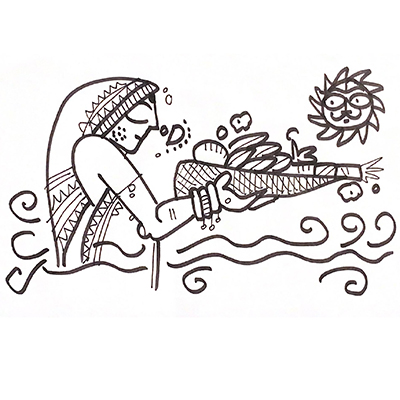 People often confuse mythology with mythological fiction. Mythology decodes ancient stories, symbols and rituals to understand how our ancestors imagined the world. How does Ramayana and Mahabharata fit into Hinduism’s dharma framework? Mythological fiction is retelling or even reimagining ancient stories, often functioning as a lawyer, advocating for one character over the other, or creating new ones to make sense of old ones. Some mythological fiction writers convince readers they are historians. They tell you what really happened in Ramayana and Mahabharata? Who was the actual hero or villain? One can say mythological fiction writers are like chefs who prepare ‘authentic’ Mughal or Chinese cuisine in a Mumbai restaurant, while mythologists are like food historians, food bloggers, maybe even nutritionists and dieticians.

While mythological fiction is only about the story, mythology is also about the rituals and symbols. So in mythology, you are drawn to a myriad subjects like lunar and solar calendars. Why are some festivals like Ganesh ‘chaturthi’ or Gokul ‘ashtami’ linked to phases of the moon, while festivals like Vishwakarma Puja (Sept 17), Makar Sankrati (January 14), Vaisakhi (April 15) based on the solar calendar? Mythological fiction is not so much interested in botany: why tulsi is offered to Krishna, bilva to Shiva, neem to the Goddess, durva grass to Ganesha. Is it because they may be medicinal or is it symbolic, like the baskets of food offered by women in Bihar during Chatt puja?

Mythology draws attention to zoology because every god is associated with an animal, from Ganesha’s mouse to Kartikeya’s peacock to Parvati’s tiger to Kubera’s mongoose. Mythological fiction writers will try to justify this association by calling the vahan a totem or an emblem. For in mythological fiction, everything needs to be rational or at best, part of magic realism. Mythological fiction writers carry the burden of rationalising folklore, to suit the scientific temperament of an imperious coloniser. They are unconcerned about the aesthetic imagination of ancient people, the visual vocabulary that speaks of dreams and unconscious desires.

Mythology appreciates how the ancients imagined geography, with mountain peaks in the centre, rivers radiating out like spokes of a wheel and an ocean circulating the world. This has nothing to do with reality. It is a people’s imagination seeking to organise a chaotic world. For a mythological fiction writer, such maps indicate a real map of magnificent pre-flood empires.

In the 19th Century, history was separated from folklore, and folklore that deals with origins was classified as mythology. History was privileged as truth. And so, mythological fiction writers try very hard to prove that mythological stories are historical, hence true. This is a colonial hangover. Early mythologists like Freud sought to decode stories to unravel the ‘savage’ mind of ‘pre-scientific’ societies.

In the 21st Century, folklore and myths, including rituals and symbols, are recognised as psychological tools to organise communities. They create what is now called social constructs or imaginaires, even cultural ontologies, which determines the tribe. In fact, now more and more people are realising that historians are not telling the truth. They are organising the past, based on evidence, in a way to make sense of the present. In a way, they are functioning like modern-mythmakers, seeking to influence future minds about the past, competing with propagandists and royal bards.