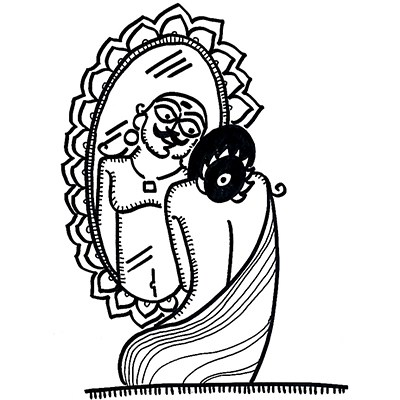 “Every woman does not have a vagina. Every man does not have a penis.” This language is familiar to students of gender studies around the world. Here, gender and even sexuality are seen as a social constructs, not biological fact, outcomes of nurture and culture, not nature. Here, womanhood is seen as imposed by society, and so can be transformed into a choice. The same is true of heterosexuality.

This constructionist view of gender and sexuality, an outcome of postmodern and post-structural thinking, originated in Europe and America and has spread to most gender studies departments around the world. The underlying assumption is that cultures around the world submitted to patriarchal constructs that privileged men over women, cis-genders over trans-genders and heterosexuality over homosexuality. Some see these ideas as radical and thought provoking. Others dismiss it as mischievous cultural Marxism.

Gender studies was very much part of ancient India. The unique feature was the acknowledgement of the third sex: one that is neither male nor female. Charaka in his medical treatise speaks of ‘tritiya prakriti’ or the third naturally occurring gender, born when the red seed of woman is as strong or as weak as white seed of man. Other words used as kliba (impotent, sterile), napunsaka (not male), kinnara (not quite male) in Sanskrit, pedi (cross dresser) in Tamil, and pandaka (effeminate homosexual) in Pali. These can be confusing. Are they referring to biology (genitalia), psychology (sexual feelings), behaviour (sexual act) or social expression (clothing and public behaviour)? In the Mahabhasya composed in Sanskrit 2,300 years ago, everything is seen in physical tangible terms: male is one who has hair all over body, woman is one with breasts and long hair, and one who is neither the ‘napumsaka’. In Buddhist literature, greater importance is given to behaviour, rather than to biological markings so we hear of men who have sex with men, or women who behave like men.

In Jain scripture, we see a far more refined understanding of gender and sexuality. One recognises that the body can be male (purusha), female (stri) or queer (napunsaka). Sexual desire in male (purushaveda) is equated with forest fire, in female (striveda) is equated with dung fire so least intense, and sexual desire in queer people (napumsakaveda) is equated as settlement fire, so most intense, an idea that is mirrored in Buddhist texts too, and the reason for preventing queer people from becoming monks. Male desire for the female is equated with sweet taste, female desire for female is equated with male taste, and there is an understanding of bisexual desire too as a mix of male and female taste. Further, there is a classification based on the object of attraction: male, female or queer. This can be seen in all three types of genders. What is unique here is the separation of physical body (dravya-purusha) from the psychological body (bhava-purusha). There is also reference to socialisation with purusha-napunsaka being differentiated from napunsaka, meaning the masculine queer being differentiated from the default feminine queer. There is also reference to active (padisevati) and passive (padisevavati) homosexual acts in Buddhist literature. All these ideas emerged between 5th century BCE and 5th century CE, and were explored in the following centuries.

The purpose here was, however, very different from modern gender studies. Modern gender studies seek to create an ideal world where all manners of choices are permitted, respected and celebrated, and there is no imposition of patriarchal hetero-normative structures. Ancient Indian gender studies, by contrast, were designed to appreciate the diversity of nature, as well as to identify those who could become monks, outgrow sexual desire and liberate themselves from all karma.