Who is a Hindu? Forgotten tales of folk-hero gods 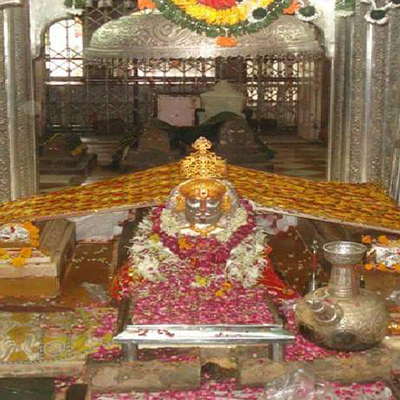 Once upon a time, there was a boy who went to the battlefield at night to look for his father’s body. There, he encountered a goddess in her most fearful form, feeding on the corpses along with her minions. Most people would have been stricken mad by this sight but not the boy.

Impressed by his strength, the goddess asked him to marry her. He refused. All he wanted to do in life was to avenge his father’s death and restore his clan’s honour. She tried hard to make him marry her, promising great fortune if he worshipped her. But he declined, insisting on the virtue of staying away from women. This story comes to us from the cowherd communities of Andhra Pradesh.

While passing under the gate of a city, two boys saw the severed head of the king’s enemy, impaled on a spear. The head spoke. He declared he was the father of the two boys and he begged them to exact revenge. The boys were great warriors, but local warriors shunned them as their mother was regarded a low-born. Men avoided giving them their daughters’ hand in marriage for the same reason. A princess wanted to marry one of the boys, but her father arranged her alliance with a prince who had employed the boys. In a great war that followed, the boys avenged their father’s death, but the prince they served was killed and the princess burned herself on his funeral pyre. This story comes from warrior communities of Bundelkhand.

Once upon a time, there was a goddess who was angry because a merchant did not worship her. She sent serpents to kill his son and refused to bring him back to life until he offered her flowers. Another goddess took care of a young girl who was ill-treated by her seven sisters-in-law when her seven brothers were away travelling across the sea for trade. The goddess protected the girl only after she called out her name, offered her flowers and lit a lamp in her honour. A god came down to earth to protect villagers and in exchange, received a wife from each of the communities he saved: shepherds, weavers, tailors, farmers, tanners, iron smith and potters. The god and his seven wives were seen riding on a single horse through the forest at dawn. These stories come from Bengal, Odisha, and Deccan.

Most people may not be familiar with these tales, yet they are an integral part of regional Hinduism, enshrined in local temples, festivals and fairs. There are three reasons why we don’t hear a lot about them, except in academic circles. The first is colonialism. The British documented and designed Hinduism in a way that it made sense to them. They believed religion should have a high culture managed by the elite and a low culture of the common folk. So they deemed Vedic Brahminism as the high form of Hinduism and the worship of folk heroes and gods as the low form of Hinduism. The former is called margi parampara (the tradition of the path) and the latter is called desi parampara (the tradition of the hinterland). And so Sanskrit was privileged over local languages and textual tradition was privileged over local oral narratives.

The second reason is nationalism. Many people want Hinduism to be a political force that binds all Hindus together. They focus on pan-Indian narratives rather than regional and local ones. Shiva, Vishnu, Brahma and Devi serve as pan-Indian deities and their Puranic stories help in uniting Hindus as a community. Of course, lately many are trying to secularise Hinduism by speaking less about Puranic deities and more about nationstate, often visualised as a Goddess, an idea that emerged in 19th century Bengal. As a result, most North Indians have not heard of the poet-saints of Tamil Nadu such as Alwars and Nayanars, or of the Bhuta deities of Tulunadu. Likewise, most South Indians have never heard of Ramdev Pir Baba of Rajasthan, Shreavali of Punjab, or the Gosani Thakuranis of Odisha.

The third reason is content. Folk mythologies are steeped in caste conflicts on the villages. To appreciate these stories would mean acknowledging caste hierarchies of the land. And it not a simplistic Savarna-Dalit divide that the leftists and liberal elite often talk about. Communities in these stories cannot be easily classified as ‘privileged’ or ‘unprivileged’. Often, there is no fight against casteism, but a demand for a higher position and respect within the caste hierarchy. Also, these stories reveal a comfort with sexuality and gender as well as valorisation of practices such as sati that discomfort modern audiences. In our quest to meet Western standards of religion, we naturally stay away from all things raw and elemental, sanitising narratives and rituals, and declaring an elitist understanding of Hinduism as pure and correct.