The Most Superior Weapon 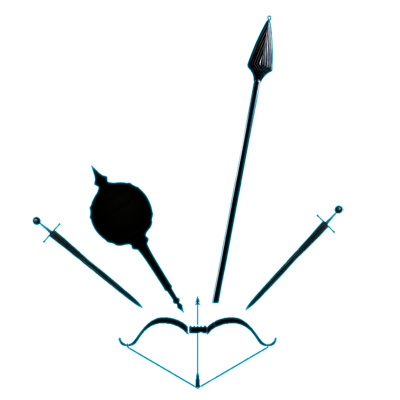 It was a rare occasion when the Pandava brothers fought amongst each other. It began when Arjuna claimed that his weapon, the bow, was the most sophisticated weapon in the world. Bhima argued that it was his weapon, the mace, that was the most sophisticated. Yudhishtira joined in; he felt his weapon, the spear, was the best weapon created by the gods. Finally, the twins, Nakula and Sahadeva, had their say: the sword they said was the ultimate weapon. The arguments went on for days and nights, each brother defending his weapon passionately. Their teacher, Drona, watched in bewilderment.

When all the brothers were exhausted unable to convince others, they turned to their teacher and asked him to act as judge. “The contest reveals nothing about the weapons but it does reveal a lot about you. You are claiming what is best for you is best for the world. You are turning subjective reality into objective reality.”

Arjuna was good with the bow and so became a great archer. That does not make the bow the greatest weapon in the world. Bhima was good with the mace and so became a great mace-warrior. That does not make the mace the best weapon in the world. Each one was presenting their natural strength as an objective choice. They were functioning in hindsight — an error that is commonly done in corporates.

Yogesh and Shailesh were having a fight. They were childhood friends. Yogesh worked in a multinational company and had done very well, rising to the rank of a director. Shailesh had started his own business and it had done very well. Yogesh felt that working in a multinational company is the best thing in the world. Shailesh felt running one’s own business is the best thing in the world. Each one argued his case logically without realizing that neither possessed the other’s skill sets.

Had Yogesh started a business, it would have in all likelihood failed and Shailesh would have not survived a day working in another man’s organization. Yogesh was great at working in a given organization and getting people to follow processes, while Shailesh was great working on his own and leading people independently. Each one presenting his natural strengths as a rational choice. They were making these claims post-facto (after the success) but declaring it to be pre-facto (decisions taken before success).

During recruitment, young interns are put in various departments and each departmental head declares their department to be the best department. Few sit back to wonder, is it good for the intern? Does he have the attitude and the aptitude for that department? Are we unknowingly putting the bow in Bhima’s hand and the mace in Arjuna’s? That would not lead to success.