The Culture Of Report Cards 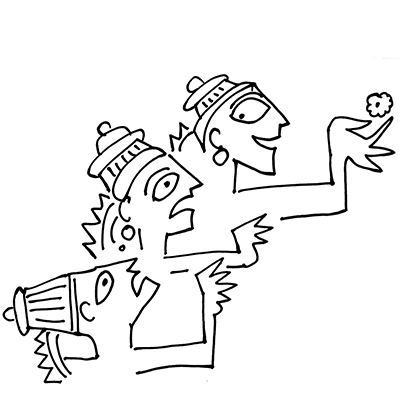 Published on 8th February, 2020, in The Economic Times

Based on these measurements, his life is decided for him. He gets access to opportunities based on the report card. When he takes up a job, he is again measured – every quarter, every year – based on the appraisal system, found in each and every corporation. It defines his growth, his recognition, his reward. Thus, he is surrounded by people who are all trying to get the great prize. This makes them highly competitive, creating a system where there is no collaboration, because there can be only one winner, not all.

We talk of a culture of collaboration, but it cannot exist in a culture that is based around competition, nurtured by the report card. You have the celebrity list of the richest and the most powerful people in the world. You are on top of that list. Why would you want to be, in the following year, near the bottom, or at a lower level of the list? Also, in order to stay at the top of the list, you have to keep generating and clinging on to more wealth and power. In other words, such popular lists of rich and powerful people create a culture which does not allow for generosity and delegation. You always want to remain on top of the game. The rich, therefore, keep getting richer and the powerful, more powerful, unwilling to pass it on to the next generation, refusing to accept that there is an expiry date.

We want the rich to be charitable, but why would someone give away his wealth if that means he will slip down Forbes’ list. Bill Gates is heard today only because he has a very high bank balance. No matter how much charity he does, that status remains. If that bank balance did not exist with him, nobody would look at him. He is fully aware of this. Therefore, he, has to balance his charitable deeds with his personal wealth.

In India, we have the Bharat Ratna and the Padma Bhushan awards that the state bestows on people that it believes have greatly contributed to the land. In doing so, a select few people are given more value than others, and the contribution of everybody else is ignored. So, the man who cleans the sewer in your city will never get the Bharat Ratna because his contribution is not considered important. Although his contribution is what keeps the plumbing system in your house running clean. He doesn’t matter as much as a Bollywood dancer, singer or actor, who has entertained you rather than kept your toilet clean, because we are told that the sewer cleaners work is replicable and so he is replaceable, while the dancer and the singer and the director are not. This makes them so special, that they deserve a special award. In other words, we talk about equality, but we end up creating a hierarchy based on contribution, on possession, on property.

Report cards create hierarchy, whether we like it or not. Nobody can be objective about it. Ask any person at the top of the class. While he gets access to many benefits, he also has to deal with the envy of friends, the isolation that follows, because nobody likes him. Many schools create scholar batches for the smart students and mediocre students are left behind, creating lifelong enmity that creates psychological scars that lead to psychopathic behaviour later in life. It is something that every psychologist and psychiatrist knows, but can do nothing about it; because they don’t play a role in policy making.

In Hindu philosophy, to compare is to create the world of Maya, the world of delusions where something is better, higher, lower. This world of comparison is not real because nature is not based on comparison. It is based on survival. The principle of nature is not in being better than others, but in being agile and adaptable to changing circumstances so that you survive. It doesn’t matter, if you are the biggest tree, or the smallest worm. What matters is whether you survive. Nature favours no one. Humans would like to believe that they will always form the top of the food chain. This is human delusion at work, not wisdom.