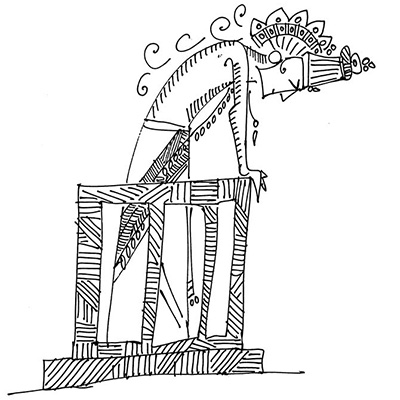 Why would the Indian judiciary admit a case where Ram of the Ramayana will be tried for abandoning his pregnant wife in the forest? Makes one wonder what other cases that our judges want to try. Following are suggestions based on Hindu Puranas.

1. Why did Krishna not marry Radha?
2. Why did Parashurama behead his mother Renuka?
3. Why did Shiva behead his son, and then give him an elephant head?
4. Why does Durga kill a buffalo?
5. Why does Kali dance naked?

Naturally, and understandably, some may argue – why only cases based on Hindu lore? Why not cases against Buddhist, Jain and Sikh lore?
1. Why did Buddha not resume his duties as husband and father after ‘enlightenment’?
2. Why do Jains not include women in the list of 64 great souls?
3. Why are all Sikh gurus male?

And then, since, we are a secular country, why should we spare Muslims and Christians and Jewish people?

1. Why are God’s messengers invariably male?
2. Why so much prejudice against serpents?
3. Which Constitution gives God the right to throw people in Hell?
4. Did God seek Mary’s consent before making her pregnant?

And if the ancient Greeks and Romans were around, we could demand the arrest of Zeus for raping numerous nymphs and mortals.

Conversations that seek to ‘justify’ the actions of mythic figures often miss the point. Mythology comprises stories deemed sacred by a culture that are transmitted over generations because they contain the subjective truth of culture. They convey a worldview. They grant meaning. These stories are never to be taken literally. In these stories, men are not men, women are not women, and animals are not animals. Ram of the Ramayana then becomes an idea: the conflict between our personal and professional choices. Jesus of the Bible becomes the symbol of divine love and forgiveness and kindness.

Of course, there are many who flare up if their gods and prophets are reduced to ‘just a metaphor’. These are people who are unable to appreciate the power of language (Vak-devi of the Vedas) in shaping human thought and see everything in material and measurable terms. They are ill-equipped to handle meaning, memory, metaphysics and metaphor. They see things as real, not thoughts. They mock ideas. They prefer Ram and Jesus and God as a person, who can be dragged to a courtroom, and reject Ram and Jesus and God as an idea, located within humanity, manifesting and transmitting through powerful stories. They mock the non-material and the psychological as unreal. Love is not reality for them, flesh and coins are. They arrogantly market themselves as ‘scientific’ and ‘rational’, which is not true as they lack humility, and curiosity, while seeking domination, not understanding. This is a dangerous trend, which explains the backlash of the most radical, irrational and virulent forms of religion we seen around the world, not just India.