Mark of the Cobra 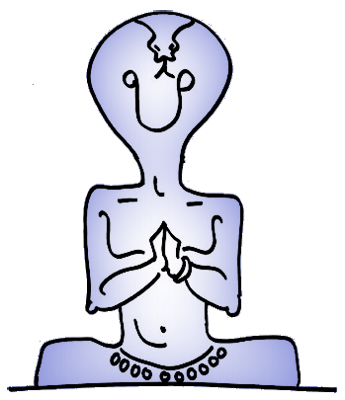 Now, listen to this story. Krishna asked Kaliya to leave the river Yamuna as his venom was polluting the waters and killing cows and cowherds. Kaliya refused. When asked why, he replied, “This is the only place where I am safe. If I leave this bend of the river, I will be attacked by Garuda, the eagle, who will eat me. That is why I stay here. I do not want to poison the waters, but what can I do? Where can I go?”

Yes, every story has a hero and villain. But very rarely do we ponder on the origin of villains. No one is born a criminal. Necessity makes us criminal. Then need gives way to greed, and before we know it, crime becomes a habit. Yet, the seed of villainy lies in victimhood. We break rules because we find them oppressive. In breaking rules, we feel liberated. When rules make us insecure and unhappy, we become lawbreakers, hence criminals. Kaliya feared Garuda and this forced him to stay where he was. He lacked the confidence to move on. His fear poisoned the river waters and transformed him into a villain. Krishna realizes that. And so leaves his footprint on the hood of Kaliya. This is the mark of the cobra, created to tell Garuda to leave Kaliya alone. It is the mark of protection.

That is why in Hindu mythology, gods never kill the villains; they do ‘uddhar’. They liberate the criminal. What does this mean? It means Krishna takes the trouble to understand the fetter of fear that transforms Kaliya into a villain. While solving the problem of cows and cowherds, he does not ignore the problems of Kaliya. Every victim has to be saved, even the villain.

Today, we are eager to make people villains — slap them, penalize them, punish them, tie them up, beat them up, throw them in jails. Perhaps along with punishing them we also have to consider paying attention to the concept of uddhar — and deal with crime with more maturity and wisdom rather than self-indulgent outrage. Or is that too much to ask of humans?