From Oedipus To Yayati 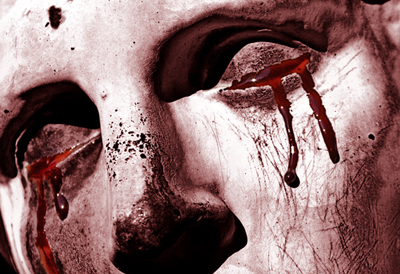 There are things in this world that we would rather not talk about, but they demand expression. In such cases myth become a safety valve of culture, expressing unacceptable ideas in an acceptable manner. Stories allow the imagination to flirt with what is forbidden in reality. Take the story of Kunti for example in the Mahabharata.

The princess Kunti served the sage Durvasa well when he visited her father’s house. Durvasa was pleased and gave her a magic formula with which she could be call upon any deva and have a child by him. To test the formula Kunti called upon Surya, the sun god, and had a son by him. As she was unmarried and did not want to soil her reputation, she put the child in a basket and left it to the river’s whim. Kunti married Pandu, king of Hastinapur. Unfortunately, he was afflicted with a curse that prevented him from making love to his wife. So Kunti called upon Dharma, the god of righteousness, Vayu, the god of wind, and Indra, the rain god and king of the devas, and bore three sons who were addressed by all as Pandavas, the sons of Pandu.

The story may be seen as a metaphorical retelling of premarital and extramarital childbearing–the former as a result of youthful indiscretion with a houseguest, the latter to resolve the issue of succession because of a husband’s impotence. By making Kunti’s lovers devas the narrator projects an unacceptable reality onto the realm of the gods. The audience comprehends the subtext and the social taboos against premarital and extramarital sex.

Transformation of a repressed desire into myth is not necessarily a conscious process.

Freud saw myth and ritual as an unconscious expression of repressed dreams of a community that explained universal taboos against incest and patricide. He was deeply influenced by the story of Oedipus.

Oedipus was abandoned at birth by his father because he was destined to kill him. Oedipus grew up without any knowledge of who his father was or who his mother was. Years later he met his father on a bridge. Both were proud warriors. Each one refused to let the other pass. A fight followed. As foretold, Oedipus killed his father. He then reached the land, which he did not know, was his father’s kingdom. There he saved the city from a monster called the Sphinx. In gratitude, the people of his father’s kingdom welcomed him and requested him to marry their queen who was now a widow. Oedipus accepted not knowing he was marrying his father’s wife, his mother. When this was revealed, years later, after his mother had borne him children, he blinded himself. Because, though he had eyes, he had not seen.

Freud saw in this tale the universal unspoken need of the son to compete with and triumph over the father for maternal affection. To him this Oedipus complex formed the foundation of (Judaic) monotheism–a guilty response to the killing of the founding patriarch (Moses) and enjoying what was rightfully his (the Promised Land). To Freud religion was nothing but neurosis, and the answer to myth lay in the unconscious.

While Greek mythology is full of stories in which a son is responsible for the death of his father or a father figure (Chronos castrates Uranus; Zeus kills Chronus; Perseus kills his grandfather, Acrisius; Aegeus killed himself, believing his son Theseus to be dead; Jason’s wife, Medea, kills his stepfather Pelias), such narratives are not found in Hindu scriptures. This indicates that the Oedipus complex suggested in myth is a cultural, not a universal, phenomenon.

Tales in Hindu scriptures suggest a reverse-Oedipal, or Yayati, complex. In this case the father destroys the son in order to have his way.

The story goes that when Devayani learned that her husband, Yayati, had secretly married her maid, Sarmishtha, and that the maid had borne him two sons, Devayani ran to her father the asura-priest, Shukra, who cursed Yayati to become old and impotent. When he realized the implications of the curse, Shukra modified it, stating that Yayati would regain his youth and potency if one of his sons willingly bore the burden of the curse. The youngest son, Puru, agreed to become old and impotent so that his father could enjoy life. Puru regained his youth and earned the gratitude of his father years later when, after indulging his senses in every way, Yayati realized the ephemeral nature of material things and decided it was time to let go and grow old.

A descendent of Puru, Devarata also has to waylay his aspirations for the pleasure of his father. Shantanu wanted to marry the fisherwoman Satyavati, but she refused to accept the proposal until he promised that her sons, not Devavrata, Shantanu’s son by his first wife, Ganga, would inherit his throne. To make his father happy Devavrata gave up his claim to the throne. But this did not satisfy Satyavati. “I want a guarantee that your descendents will not fight the descendents of my sons for the throne,” she told Devavrata. He gave her the guarantee the only way possible: He took a vow of celibacy. This vow earned him the wrath of his ancestors, for he would not facilitate their rebirth. It also doomed him to an eternity in the land of the dead, as without descendents there would be no one in the world to facilitate his own rebirth. By condemning himself to such misery for the sake of his father’s happiness, Devavrata earned the admiration of the gods, who renamed him Bhisma, “he who took a terrible vow.”

In the Greek narratives sons triumph over fathers, humans triumphs over gods, the individual triumphs over society. The one who goes against authority and tradition is celebrated. The rebel, whether it is Prometheus (who opposes Zeus), Heracles (who stands up to Hera), or Ulysses (who challenges Poseidon) is deified.

In Hindu narratives the hero is one who submits to the will of the father, society, and tradition. Obedience is the highest virtue. He is the good son. He who obeys. Surrenders. Submits. Because the father knows best. Father must win in the Indian tradition. Father is tradition. Father is the great keeper of cultural values. His indiscretions must be forgiven.

When everyone talks about the great sacrifice of Bhisma, nobody questions the father. An old man who was so obsessed with a fisherwoman that he was willing to sacrifice the conjugal life of his son. In Jain traditions, Bhisma is said to have castrated himself so that no one doubts his integrity. Imagine, a father allowing his son to castrate himself so that he can get a wife.

In the Ramayana, Rama is maryada purushottama, the perfect upholder of social values, because he always does what is expected of him. In deference to the wishes of his father, he gives up the throne and goes into forest exile. In deference to the wishes of his people, he abandons his dutiful and faithful wife, Sita. His obedience, his submission to the past, to the family, to the people, is what makes him worthy of worhsip.

This difference in Greek Oedipus Complex and Indian Yayati Complex has been seen by many to explain the cultural and intellectual differences between India and the West (Greek being the mother of Western intellectual traditions). Indians shy away from rebellion. Rebellion means rejecting tradition, the past, the father.

Not everyone appreciates Freud’s rereading of myths in terms of sexual anxiety. Some people do not agree with the view that all ritual and religion emerges from the desire to recall, remember, and repeat primal crimes that apparently marked the dawn of civilization in order to come to terms with them. Indeed Freud’s mythography has been deemed reductive and phallocentric, focusing on penis envy with an almost misogynist zeal.