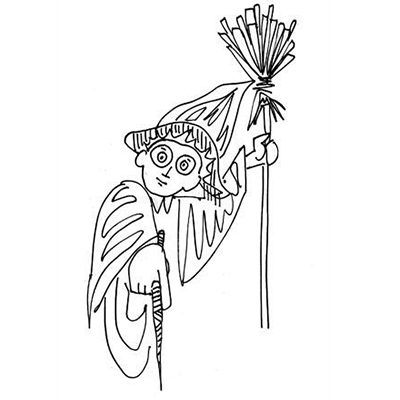 As long as JK Rowling tweeted against Trump, she was the darling of the liberals. Then, she expressed her views on transgenders, in December 2019, in a tweet that created an outrage. Suddenly, the creator of Harry Potter series was an evil oppressor. The wicked witch. A TERF (trans-exclusionary radical feminist). The very people who grew up reading her books trolled her.

Rowling is one of the most successful authors of her time. She got an entire generation, of children and adults alike, to read books. She is an easy target for activists, because she is rich, supremely successful, a woman, and most importantly—white. Calling her transphobic, gets people reflected glory. Outrage has always been an easy and lazy way to secure attention. In this case, the trans movement.

Are her views right or wrong? Hers is a common understanding, found in many cultures. Two main genders (‘cis’), and a few in between (‘trans’). But, it is certainly not a popular view among people who believe in gender fluidity, who see gender as nothing but a social construct fabricated by cultural forces, so not ‘real’. To have this view is to be part of the ‘woke’ intellectual elite of Europe and America.

We know that Rowling was always uncomfortable with sexuality. She deliberately kept out Dumbledore’s homosexuality, until all seven books were published. She ensured that the children who read her books, were ‘protected’ from talking about the sexual lives of their professors. This stems from the idea that conversations about sex corrupts children’s minds. Ergo, the mention of homosexuality definitely corrupts children. Her view on transsexuality, therefore, should not come as a surprise.

The narrative of her being poor and depressed, writing in a café, and then becoming a multi-millionaire is now an old story. It no longer inspires. What we now have is a story that depicts her as a villain whom we now have to fight against to create a ‘fairer’ world. She represents the old school of thought: those who believe in binary structures, even while speaking of gender. That is what was always found in her much-loved stories too—the witches and muggles, a ‘hat’ decides which ‘house’ you belong. In her books, there were those who valued boundaries, but she valorised those who transgressed.

This naturally faces a backlash from the people who cannot handle fluidity, who need a firm foundation of fixed, predictable, familiar frameworks. They regress to the other extreme of rigid positioning. People like Rowling, who tried very hard to project their villains as Nazis and themselves as liberal liberators, now find themselves caught in a crossfire. They lie trapped between hyper-traditionalists on one side and the hyper-liberals on the other. All have a fixed idea of how the ‘real’ world should be. So much for fluidity.