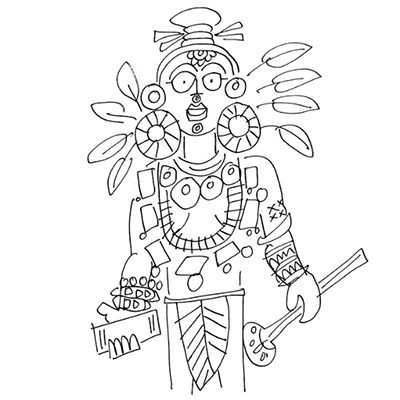 A few years ago, I had a confrontation with a senior newspaper editor, on stage, which quickly became viral and considerably popular. In the video, the editor insisted on equating Hinduism with Hindutva which is something I do not subscribe to. Nor do I subscribe to the idea that we can look at our country by excluding people, even distasteful extremists. Ultimately, we have to work together and live together.

In the course of this conversation, a young boy asked me a question, goaded by his parents, whether I was saying that science should not be taught to savages. I did not know how to answer the question, at that particular moment, because it revealed a particular mindset that has been part of the world, since colonial times. Here was a young child using the words ‘science’ and ‘savage’ as opposites of each other—as if science’s sole purpose was the rescue of the said ‘savage’. It is like looking at tribal communities across India, and implying that they need to be educated, indoctrinated into modern lifestyles to make them civilised. This civilising mission is called the White Man’s Burden. It’s adopted by brown people too.

And so the word ‘Arya’, which is used in the Vedas, refers to the civilised and polished man, the one who speaks Sanskrit, performs the ritual of yagya and respects Brahmins. It reveals a mindset that looks at the other, the non-Arya, as unpolished and raw and in need of education, in need Aryanising, i.e. civilising.

The question emerges: Is the purpose of education to transform a person’s mindset to what we consider appropriately civilised? Or is education’s purpose to expand minds, so that students can acquire life skills and make better sense of the life they lead?

We must remind ourselves: it is the ‘savages’ who have never abused earth and her resources. It is White Man and Brown Man civilising and ‘development’ mythologies that have resulted in the horrific climate change. It is these newer mythologies that have now brought the world to the edge of an abyss.