Rebirth of a God 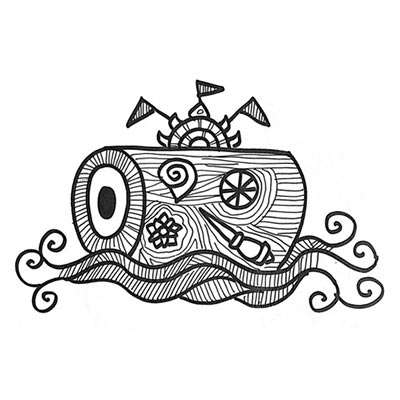 It has begun. The rituals by which Jagannatha, the presiding deity of Puri, Odisha, will die and be reborn along with his sister Subhadra and his elder brother Balabhadra and his weapon, the Sudarshana. The process, which lasts over three months, is called Naba-kalebara and has been taking place for the past 400 years at least, according to recorded history, every 14 to 19 years, when there is an extra month (adhik maas) in Ashada as per the traditional calendars. This year is one such year. The last one was in 1996.

It involves finding neem trees, the daru-brahma, with special marks: absence of nests, presence of an ant hill, snake and symbols of Vishnu. The trees once found will be cut and transported to Puri, and carved secretly, following prescribed rituals. The new images will be placed next to the old ones, in a few weeks’ time, at the height of summer. And on a special night, when even the government declares a total blackout in the city, special priests will enter the temple premises blindfolded, with their hands wrapped in cloth to transfer something called ‘Brahma-padartha’ (soul-substance) from the old image of Jagannath to the new one. No one knows what that is and speculation is rife from the relics of Krishna himself, to the relics of Buddha to a sacred jewel, to a rare kind of fossil (shaligrama), to a Tantrik yantra, to even extra-terrestrial materials! Material for another Ashwin Sanghi novel, I guess.

With this transfer, the old body is discarded and the new one claimed. The old images are buried in a special enclosure called Koili-Vaikuntha (sacred burial ground) next to the main temple. The new body will be seen for the first time during the great pre-monsoon chariot festival.

What is amazing about the temple is its syncretic past. There is a probable mention of the sacred log of wood in Rig Veda. It has roots in tribal (Savara) lore and there is much to suggest early Buddhist influence. But currently it is primarily a Vaishanava shrine where the sister and brother of Krishna embody the Shakta and Shaiva aspects of Hinduism. The priests who perform various rituals belong to various castes. For example, the Daitya-patis who serve the deity are not brahmins. And those who build the images of the gods and the chariots are a community of craftsmen or maha-rana. Yet, this temple does not allow entry to non-Hindus. Poet-saints like Salabega, whose father was Muslim, had to wait outside the gate singing songs and the story goes that Jagannath himself came out as Patita Pavana (purifier of the impure) even though the orthodox priests did not let him in.

Also amazing is its resilience. The temple and the deity have been desecrated by the Yavana (Indo-Greek? Hun?) king, Raktabahu, in the 5th or 10th century, and again in the 16th century by the temple breaker and recent Muslim convert, Kala-pahada.

But the temple and its rituals continue to thrive. The deity itself is rather deformed: with no defined hands and feet and cartwheel like eyes. He smiles always. For temples can be broken, bodies can decay, caste wars will continue, religions will come and go, kings will fight, but divinity will always survive, passing from one form into another like the mysterious Brahma-padaratha.