Purva Paksha and the Art of Winning Arguments 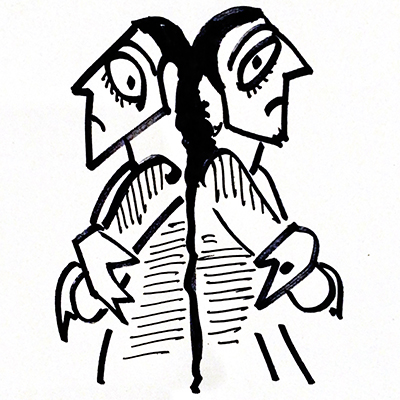 The New Testament was finalised about 1500 years ago. About the time when Puranas started being composed in India. But what was new about it? The Church said that the old testament was the Jewish Bible. All that was prophesied there had been fulfilled in the body of Jesus Christ, who the Church declared to be not just the much awaited messiah, but also the Son of God. Did the Jewish folk agree? No, they did not. But the Church did not care. They simply ignored the Jewish opposition, and even referred to the Jewish people as Christ killers, ushering in Antisemitism that still plagues Western societies.

About 1400 years ago, when Harshavardhan was ruled Kannauj, Islam rose in Arabia, soon spread to Persia and was challenging the might of the Christian Empire around the Mediterranean. Islam revered Jesus. But they did not consider him the final messiah or the son of God. They saw him as the penultimate prophet, the one before Muhammad. Did the Christians agree? No, they did not. But the Muslim theologians did not care. Those who opposed them were old school, and heretics.

We are told that 1300 years ago, Adi Shankara used this method to drive Buddhism out of India. Buddhism was the old way. Around 900 years ago, we are told Purva Paksha of Shankara’s Advaita was presented by Ramanuja who then proposed an even more refined understanding of Hinduism, the Vishishta Advaita, anchored on temple rituals and devotions.

Buddhists consider Shankara’s Purva Paksha a strawman argument. But India is dominated by Hindus who venerate Adi Shankara and so Buddhist opinion remains restricted in academic circles. A poor understanding of Buddhism. Likewise, followers of Smarta practices who follow Adi Shankara feel Ramanuja’s opposition is not quite accurate. But the Sri Vaishnavas, followers of Ramanuja, prefer positioning themselves as different, if not superior, to the Smartas.

Stories of victory in a debate are always documented by the winning side, by those convinced and converted, often centuries later, when there is no one to challenge the narrative. A careful analysis shows every challenger understands the subject they are opposing in their own way to serve their arguments, and to enable their victory. Purva Paksha is often an elaborate misunderstanding.

Facts in the material and psychological realms are not the same. Matter can be measured. Feelings cannot. Not having resources is measurable. But no one can measure faith. We can provide objective evidence in matters related to physics, chemistry and biology. But the moment it comes to human matters – from economics, to history, to anthropology, to religion – subjectivity cannot be avoided. Our upbringing, our culture, our childhood traumas, distorts the way we see the world. No one sees the world as it is. Each one of us sees the world very differently. We negotiate with different visions of the world. A good lawyer with verbal sophistry and a good judge with clever phraseology can justify anything. Winning an argument then is not about logic, it is about power, about trust and trickery. If the king approves, fiction can become fact.

In Tamil legends, we learn how Hindu saints cured kings of seemingly incurable ailments and thus successfully turned them against Jain or Buddhist monks. These tales are always told by Hindus not Jains or Buddhists. A poet we are told became a saint when his poetry book, locked all night in the sanctum sanctorum, was found on top of a pile of other manuscripts, or when his book floated when thrown in the river, while the books of his rivals sank. In all these fables, a miracle wins the argument – not facts. The saint has won royal approval, then the stories are written. Likewise, long after the enemy has been wiped out, stories of rationally convincing the opponent with an elaborate Purva Paksha are written.