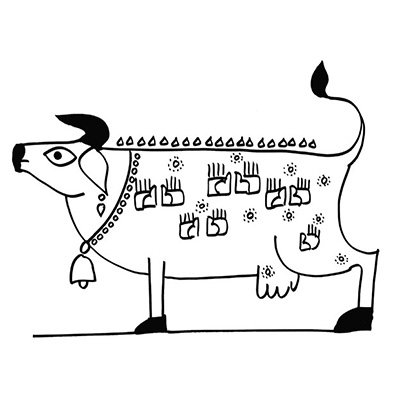 Hinduism, Buddhism, Jainism and Sikhism are faiths that are based on the idea of rebirth, hence karma. This is what fundamentally distinguishes them from Abrahamic Faiths that dominate world discourse. Abrahamic frameworks such as one life, sin, revelation, damnation and salvation are inadequate to explain faiths based on karma.

Members of the Indian diaspora, especially non-resident Indians (NRI) and Persons of Indian origin (PIO) from North America and Europe, refer to these faiths as dharmic faiths, a term that is steadily becoming popular among the diaspora and even Indologists. Organisations have been formed to ensure that dharmic faiths are not misrepresented in American Universities by American Indologists. This has led to many viewing these Dharmic Organisations with suspicion. For, the term ‘dharma’ has been increasingly appropriated by Hindu nationalists and is being increasingly associated with Right Wing ideology of Hindutva.

Perhaps a more suitable terminology for this family of faiths is Karmic faiths. But ‘karma’ has a bad name in the West. It is associated with rebirth. It is associated with fatalism and complacency. Dharma has a sense of righteousness, purposefulness and action about it. What we fail to realise is that the definition of karma is relatively more consistent than dharma across the various Karmic faiths.

Dharma in Jainism, for example, refers to the principle of motion. It also means the essence of all things. In later usage, it refers to code of conduct. In Buddhism, dharma is distinguished from sangha: while dhamma is about ideas, sangha focuses on institutional rules meant to propagate these ideas. In Hinduism, dharma is appropriate social conduct that defines humanity, distinguishing us from animal instinct to be territorial and dominating. ‘Sanatana dharma’ refers to the ‘timeless way’ – a truth of the world, that we discover through meditation. But what is it: the jury is still out, as no two gurus ever agree on it. In the constitution, secularism is defined as independent of dharma. Here, dharma is used as ‘religion’. Or was it an attack on the idea of dharma, which broadly means ‘appropriate social conduct based on natural laws’? We can argue endlessly.

By contrast, karma is far less controversial. Karma refers in the early Vedic texts as action. Later, it also means reaction of action, consequences of choices. This consequence determines the quality of our future lives. Thus, our life is an outcome of deeds of previous lives. Is this to be taken in a literal or metaphorical way? Buddhist and Jain monks popularised these ideas amongst the masses. Eventually, tit-for-tat karma emerged. If you do good, good things will happen to you. This simplistic understanding of karma has now become the global discourse.

This needs to be contrasted from Abrahamic faiths, where good deeds are those deeds based on instruction of God. The notion of ‘good and bad’ is not essential to the doctrine of karma. But it is essential to the notion of God in Abrahamic mythology. Right Wing notions of ‘dharma’ are coloured by Abrahamic view of things: it reduces the complex idea of ‘appropriateness’ to a simplistic one of ‘orderly conduct’. Such definitions refuse to acknowledge the fluidity of the concept that is karma.

Karma is the foundation on which the edifice of dharma is built upon. Since karma is so complex, dharma remains ambiguous. Dharmic faiths should mean the same thing as karmic faiths. But in practice, dharmic faiths are seeking to reframe karmic faiths in rather simplistic linear terms.