The mythic in the festival of lights 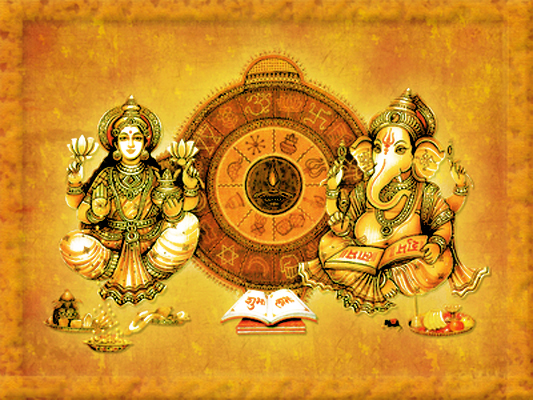 Diwali is without doubt India’s answer to America’s Christmas, where the religious aspect takes a backseat and secular shopping comes to the fore.

It all began as a post-monsoon harvest festival. But what distinguishes it from other harvest festivals like Pongal (Tamil Nadu) or Bihu (Assam) is that it is also an important festival of traders and money-lenders. A time to balance the books and open new books of accounts. If the harvest was good, debts were repaid and both farmer and money-lender celebrated their fortune. If harvests were bad, this was a time of intense prayer and rituals in hope of a better future.

Diwali is a five-day festival which begins two days before the new moon and ends two days after – the waning and waxing of the moon representing the end of one era and the birth of another. The 13th day of the waning moon is the first day of Diwali. Dhanteras, the day of dhan, or wealth. Most women in Gujarat, Rajasthan, and the Hindi-speaking areas of India buy metal in the form of utensils and gold. Today, even electronic goods figure on the shopping list. It was a time to remind oneself that all wealth, be it agricultural or mineral, came from under the earth. That is where Lakshmi resided. She was Patala-nivasini, the subterranean goddess of wealth. Those who kept her below were the Asuras, or demons. Those who pulled her out were the Devas, or gods.

The next day, the 14th day of the waning moon is Narak Chaturdashi. In Tamil Nadu, it is the day when crackers are burst to celebrate the killing of the demon Narak, son of the earth-goddess. Vishnu is both his father and his killer. As Varaha, the boar-incarnation, Vishnu fathered Narak while as Krishna, Vishnu killed Narak. In Andhra folklore, Narak is killed not by Krishna but by his wife, Satyabhama. Men are bathed by their wives just as Satyabhama bathed Krishna as he prepared for battle. The bursting crackers celebrate the triumph of Krishna.

The 15th day, or rather the night, is the time to worship Lakshmi, as she is churned out of the ocean of milk by the Devas and Asuras. This is the time to light lamps to drive away darkness, burst crackers to drive away silence and eat sweets to drive away bitter and sour tastes. Silence, darkness, bitterness and sourness are physical manifestations of poverty and inauspiciousness, which incidentally is also embodied as a goddess, Alakshmi, the twin sister of Lakshmi, who must be respectfully driven away. It is a day when food is exchanged – for exchange is the cornerstone of the market place. By giving and receiving gifts one is encouraging Lakshmi’s arrival. This is also the day when everybody gambles – dice was played in ancient times, today it is cards. Both games are a mix of luck and skill. Gambling is a ritual way of reminding that winners are those who take advantage of what they have.

The next day, when the moon starts to wax, it is Bali Pratipada, the day when Vishnu as Vaman tricked the Asura Bali, ruler of the three worlds, to give him three paces of land and then turned into a giant and took the earth and the sky with two paces and with the third step shoved Bali under the ground. Observe how Vishnu did not claim the nether regions. He merely put the Asura king under the earth where he belongs. Thus, it was a day when social and cosmic hierarchy is established. The money-lender and the farmer are no more equals as they were the night before when they gambled together.

On the final day, it is Yama Dwitiya. Yama, god of death, rises. Although a god, he is more terrifying than any demon. He is the god of accountants who keep a meticulous record of all karmic events. This is the day when the calculation of new debts resumes. It is also Bhai Guj, or brother’s day – the day when Yama visits his sister, Yamini’s house. When sisters get married they transform themselves into diminutive doubles of Lakshmi, homemakers for their husbands. It is the duty of the accountant brother to check that she is truly happy in the land of Devas. It’s a reminder that fortune (Yamini/Lakshmi) is a function of fate (Yama) and hence we must be happy with the harvest, whatever it may be. For only when we are happy with the Lakshmi in our lives, will we be truly content.