The Arya in Iran 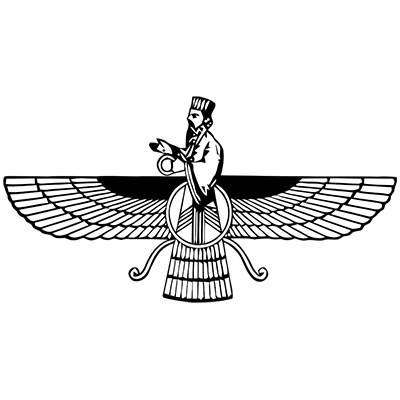 Ancient Hindus called themselves Arya and their homeland Arya-varta, which, according to Manusmriti, stretched from the Himalayas in the north to the sea in the south. But Manusmriti does not refer to another Aryan community that lived at the same time in Iran. Iran, in fact, is the Persian word for Aryan. Iranians see themselves as the Arya. Before Iran became Islamic, it was Zoroastrian. Zoroastrianism is the world’s oldest monotheistic religion. Avesta is its holy book where Ahura (asura) is good, and deva is bad.

Much of the Avesta was destroyed following the rise of Islam. Avesta refers to Central Asia as ‘Airyana Vaeja’, or expanse of the Aryas. This was the original homeland, where kings like Yima (Yama of Veda) ruled before he became arrogant and saw himself, not Ahura Mazda, as the source of civilisation. Mandala 10, Sukta 14, of the Rig Veda refers to Yama, the first human to die, blazing the path to the land of the ancestors (pitr). This could refer to the movement out of Iran to a new land (India?) led by Yama. The Central Asian expanse of the Aryans was where Zarathustra was born and from where Zoroastrianism spread, more than 3,000 years ago, after splitting from polytheistic deva-worshipping groups who migrated to India.

The oldest epigraphic evidence of the word Arya comes from the 2500 YBP Behistun inscription from East Iran in which the Persian kings Darius the Great and Xerxes are described as “Aryans of Aryan stock” (arya arya chiça). Here, Ahura Mazda is called the god of the Arya, and the old Persian language is also called Arya. This was written around the same time as the Buddha lived in India.

Ancient Greeks referred to the land between Central Asia and Indus as Ariana, the land of the Arya, or Iranian people. As per Iranian mythology, narrated in the ancient Avesta, Ahura Mazda, or God, created the land of the Aryans surrounded by concentric rings of land and sea. At the centre of the Aryan homeland was a mountain from which flowed a great river down to the sea. The first human, Gayomart, was created on the riverbank. Gayomart experienced neither hunger, nor fear, nor disease nor death, until Ahirman (the Devil) created hunger, fear, disease and death. From Gayomart’s semen, fertilised by the sun, came the first man and woman.

In this lineage was born Zarathustra, who told people how to worship Ahura Mazda and his angels, the Amesha Spentas, the yazata deities and the guardian spirits known as fravashis, but shun Angra Manyu, and his demonic violent deva hordes. He told people that the world was once good, to follow the good way (asha) and shun the bad way (druj). After death, the good would experience a wide bridge that would take them to the House of Song, i.e. Heaven, while the bad would experience a narrow bridge that would take them to hell. Ahura Mazda was represented by fire, while Angra Manyu is smoke. The Zoroastrians performed a fire-ritual known as yasna, venerated bulls and cows, and created a drink using the Homa plant that was meant for the gods.

The Zoroastrians established the great Persian Empire over 2,500 years ago, where the Jewish tribes first encountered ideas of loving God, polluting Devil, Archangels, Heaven, Hell and Judgement. The Persian Emperor, Cyrus, the Great, mentioned in Jewish mythology, enabled the building of the second Jewish temple. The Zoroastrians were in constant conflict with Greeks and Romans.

When Zoroastrians became Muslims, and the Roman Empire became Christian, the fight continued as the Crusades, fought a thousand years ago. The fight continues even today, between Iran and the West led by America. Iranian version of Islam is called Shia. Iranians see themselves as true leaders of the Muslim world, due to their Aryan origin, but the Arabs, amongst whom rose the Prophet Muhammad, reject this claim.

In Iran, a few fire temples of the Zoroastrian faith still survive. But most Zoroastrians have left Iran and live in India and the West. In India, the Zoroastrians, who came nearly a thousand years ago, settled in Gujarat promising the local king to mingle with the locals as ‘sugar in milk’. They adopted local practices such as endogamy, marrying within the community, speaking the local language, and following local customs like rangoli, and aarti. Once non-Hindu Aryans, i.e. Aryans who resided outside Al Hind, they are now the Parsis of India, who retain some ancient Aryan customs and memories that Hindus have long since forgotten.