Shakti within, Durga without: Different aspects of power 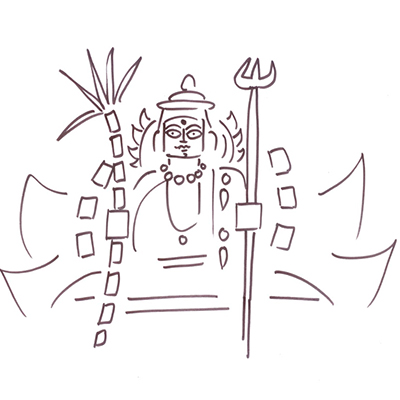 Published on 29th November, 2019, in The Economic Times

Shakti and Durga are two words that can be used interchangeably for the mother goddess. However, when we observe these words carefully, we realise they represent two different aspects of power. Shakti is power that comes from within, while Durga is rooted in the word ‘durg’ which means a ‘fortress’ – which can be built around us, and so refers to power that comes from the outside.

Shakti is innate psychological and physical power that we possess and can generate but cannot transmit, while Durga is material power that we can pass on: weapons that we hold in our hands, the technology that we possess to protect us, the laws that exist in society that grant us dominance and prevent us from getting exploited, our status, our privileges, our titles, our estates, our rights. Durga is thus externally manifested while Shakti remains established internally. Shakti embodies motivation, drive, resilience, patience that are key to success. But this is not enough: we need resources, regulations, skills, and team members who enable us. We need Durga too.

Shakti sits inside us, enabling us to deal with inhuman conditions, contending with exploitation and oppression, facing hurdles with courage and sometimes, even humour. While Durga is about putting laws and systems in place that prevent people from exploiting and abusing us, the way the Lakshman Rekha was supposed to protect Sita from Ravan.

Modern activists value Durga over Shakti, while counsellors value Shakti over Durga. An activist thinks laws are oppressive and they need to change. He advocates the change of laws to make us feel safe and secure and to ensure that power is not concentrated in the hands of a few. But the counsellor does not talk about law, he talks about mental well-being.

The counsellor, therefore, does not recommend giving power to things around us, like relatives, friends, spouses or even the government, instead he counsels the retaining of power over ourselves which is called the agency: the ability to choose and the strength to take responsibility for one’s own decisions, be they good or bad. This differentiation, between Shakti and Durga, helps us understand power. This is how, in ancient India, people understood power.

The evocation of Shakti transforms shava (a corpse) into Shiva (a god). Thus Shakti is our ability to see ourselves as powerful and formidable. The Shakti within makes us confident: overconfident in manic states and under confident in depression.

Durga was created when the power of the gods emerged out of their bodies, and merged to fashion a new goddess. Thus Durga is what we create outside us to ensure power and privilege is not concentrated to one person and distributed widely and wisely.

Shakti makes us responsible. Durga ensures we get rights. We cannot make people responsible – that is a private journey with Shakti. But we can force them to give rights – that is a public policy decision.

In ancient times, to be a sovereign, a king needed an army, a fort, a treasury and able courtiers who could run a kingdom. He also needed acknowledgment of fellow kings. This was Durga, symbolically represented as a goddess temple that served as his palace too. Today, a businessman needs employees, infrastructure, cash reserves, and managers, to run a business. He also needs permission from the state. That is his Durga.

But all this collapses, if either has no Shakti or self-confidence. The Indian state does not trust businessmen and is suspicious of them – hence the complex laws and regulations that stifle entrepreneurship and the rise of crony capitalism that makes the businessman so dependent on the state for Durga, that he loses all self-confidence in his ability to succeed. He has no Shakti. He is shava, not Shiva. And that is not healthy for the economy.