Why I Insist On Calling Myself a Mythologist 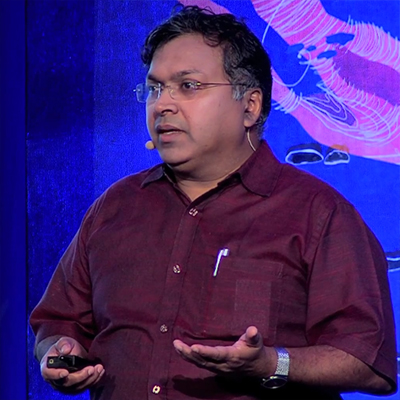 Published on 14th September, 2015 on swarajyamag.com.

Mythology poses a curious problem. Is it fiction or non-fiction?

If Bible or the Quran is classified as ‘Religion,’ and Homer’s Iliad as ‘Fiction’, where must Ramayana be located — with Bible and Quran or with Iliad? Did the Greeks see Iliad as fantasy or history? Is the story of the virgin birth of Jesus a scientific fact, or a metaphor? Should the flight of Muhammad on a flying horse from Mecca to Jerusalem be taken literally or allegorically?

Many of these questions have now become political debates. The divide between fiction and non-fiction is too simplistic and too inadequate to capture the many realities of literature.

The philosophers who sought ‘the truth’ distanced themselves from the poets who did not care much for reason or evidence. So the works of Homer and Hesiod were never given the status given to that of Plato and Aristotle.

During the European Renaissance, 500 years ago, this Greek prejudice resurfaced. With the Scientific Revolution, only the rational came to be seen as truth; the irrational was seen as false. The word mythology started being used in European Universities to classify sacred narratives encountered in colonies of America, Africa and Asia.

It was noticed that natives used these stories to make sense of their world. But they were very distinct from the biblical account of the world considered as truth not only by the Christians but also their sworn enemies, the Muslims and the Jews.

The colonial narratives were clubbed in the same box as the pre-Christian narratives of the Greeks and the Vikings. It was used to justify the White Man’s Burden: the noble savages needed civilizing.

In the last hundred years, these mythologies have been analyzed variously. Some anthropologists began viewing these traditional sacred narratives as proto-history, or even proto-science. Others saw it as philosophical allegory or embodiment of natural phenomena.

Psychoanalysts like Sigmund Freud and Carl Jung saw myths as public expressions of private dreams and voices of the ‘collective’ unconscious. Claude Levi Strauss revealed how tribal symbols and rituals referred to structures by which the world could be made understandable.

Works on comparative mythology like the works of James Frazer, Robert Graves, Joseph Campbell, and Mircea Eliade drew attention to the common structures underlying stories, symbols and rituals of communities separated by space and time.

Foucault, Derrida, Chomsky spoke of the nature of language and structures of the mind and debated whether they were natural occurrences or cultural constructions.

Initially, the Bible was seen as historical, rational and scientifically true. Newton, the father of modern physics, for example, never questioned its irrationality.

But with the publication of Darwin’s Origin of Species that spoke of evolution, the gloves were off. The scientific world insisted that the religious world was a mythic world. God, it was argued was a concept, not a measurable entity, hence not fact.

To be truly scientific and liberal, one was expected to be atheistic. The West saw itself as making the journey out of mythology (many gods) through religion (one God) towards rationality (atheism). The religious folks, however, disagreed, and deemed rationality and atheism, like mythology, to be false religions.

The battle is still on, especially in America where the conservative religious lobby is extremely popular. In Arab countries, the existence of this division is not even acknowledged. The only truth allowed is religious truth.

In post-independent India, so much value was given to science and mathematics and secularism that no one bothered much about the Puranas and the Ramayana or the Mahabharata.

Universities in India have not had debates as to which department should teach Ramayana and Mahabharata: language, culture, religion, philosophy, history anthropology, gender studies?

The Left decided to equate it with falsehood, but the Right resisted, insisting that everything said in scriptures from flying airplanes to missiles to plastic surgery was scientifically measurable and verifiable truth.

Both valued the literal over the metaphorical. Both confused fact (a scientific concept) with truth (a religious concept). Neither made room for subjectivity.

The confusion and apathy have had terrible consequences. Few people in India today, other than scholars, realize that Ramayana and Mahabharata are not singular Sanskrit texts, but vast traditions of stories, symbols and rituals, with complex regional histories.

Few appreciate how words like ‘evil’ and ‘perfection’ cannot be translated in Indian languages due to paradigm differences. ‘Avatar’, for example, has nothing to do with ‘hero’ a Greek concept or ‘prophet’ a biblical concept.

We have become so conditioned to see the truth in qualitative terms that we are unable to appreciate the quantitative approach to truth. Multiple incomplete truths (mithya) can co-exist, as they make their way towards a complete truth (satya).

This quantitative approach is what accounts for much of India’s tolerance and diversity.

Much of the discomfort with mythology boils down to its definition.

What is true for the insider is false for the outsider, creating a myriad of ‘my truths’ and ‘your truths’.

And these cultural truths deal with complex psychological issues such as identity, value and purpose, ideas that defy measurement, hence science. When threatened, they evoke rage.

In fact, a unique feature of human civilization, now being increasingly realized by evolutionary biologists and historians, is the role played by imaginative fiction to promote widespread collaboration. This point was explained most elegantly in the book Sapiens: A Brief History of Humankind by Yuval Noah Harari.

It can also accommodate secular beliefs like ‘human rights’ and ‘justice’ and ‘equality’, which are not natural phenomena but artificial constructions, human assumptions, dreams. In fact, the greatest myth of humanity is the notion of property, the idea of ‘mine’ which Indian philosophy refers to as maya, a delusion, that is necessary for society to function.

This definition allows for discussions (sam-vaad) rather than arguments (vi-vaad) as multiple truths are acknowledged and accommodated. No single idea dominates.

Why not choose another word other than mythology? That would mean accepting a colonial out-dated definition as ‘truth’. A submission to colonial consciousness that has gripped many cult leaders, in the Left and the Right.

We need to remind ourselves that language is not a static entity. Words are changing all the time, with the change in context.

We live in the postmodern era, where we recognize the value of subjectivity in cultural studies, how the prejudice of scholars shapes meanings and interpretations and definitions.

Imagination is no longer a bad word; science acknowledges the key role it plays in human psychology, and establishing the human culture.

We have the power to redefine words, for global consumption. The era of seeking validation from European and American authorities is gone. As Panini, the Sanskrit grammarian said over 2500 years ago, ‘For pots you go to potters. For language, you need not go to the linguist but to the market.’

In the market, there was once an old out-dated prejudiced colonial definition of mythology. We don’t have to cling to it. We can replace it with a new definition, one that is more comprehensive, acknowledging the subjective truth of humanity that is indifferent to rationality. Hence, mythology and mythologist.