“Struggle is good. It helps us clarify what matters”: Devdutt Pattanaik weighs in on the fight against Section 377 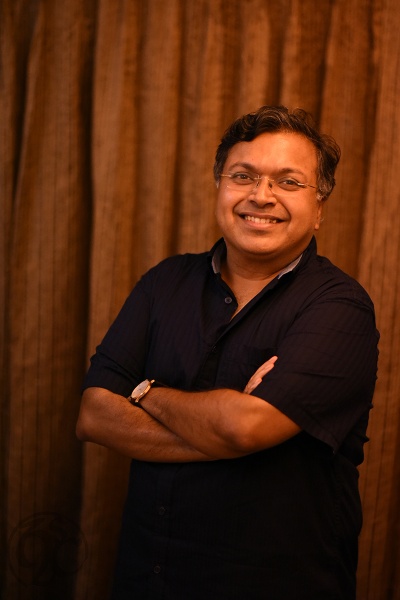 Published on 10th September, 2018, on Sabrangindia.in.

1. The Supreme Court, in its September 6 verdict on Section 377, has decriminalised same-sex activity. What do you think of this order?
It was long overdue. How can sex between consenting adults in private be criminal? It revealed a perverted mindset from the Victorian era and denied the Indian principle of ‘kama’ or pleasure as a key aspect of human existence.

2. You are known for your works on Indian mythology. You also describe yourself as a homosexual. How do these two contexts, generally perceived to be controversial by average Indians, interplay?
Homosexual is what I am. Indian mythology is what I do. Controversy exists only in minds of people who wish to control what others are and have to do, as they are not at peace with who they are and what they do. Life is about working in ecosystems that can be simultaneously nourishing and hostile. Ask any tree in the forest.

3. The struggle for LGBT rights has been going on for decades. What is it that worked this time and was missing previously?
Wisdom on the part of judges as ensured commitment to what is decent in our Constitution. And the presence of humans in front of the judges, from older gay couples to young IIT students, who openly declared that they were being denied the right to love. The previous cases were relatively more abstract and on principle, from what I gather. Struggle is good. It helps us clarify what matters and what does not.

4. Isn’t it ironic that spiritual leaders from different religions came together to oppose gay rights, even though on other matters they are always at loggerheads?
Not all spiritual leaders. Just as all judges of the Supreme Court are not wise (remember the horrific, disdainful, dismissive 2013 judgement), not all spiritual leaders are compassionate. Sex discomforts many people. In many religions, pleasure is the opposite of God. In Vinaya Pitaka of Buddhism, the queer ‘pandaka’ was not allowed to be ordained as he was seen as ‘hypersexual’. This idea that spiritual growth happens when one suppresses desire is a strong one in monastic orders that dominate world religions. In Hinduism, gods dance and sing and enjoy theatre, and sit on wings with lovers that are part of many festivals. The monastic and pleasure schools of Hinduism have always competed and complemented each other, but since British times the pleasure school has been eclipsed. Monastic orders by their very nature frown on beauty, song and dance. Such groups will always exist. That is the meaning of diversity — different views. Wisdom is enabling all to co-exist despite cantankerous debate.

5. How do you view secularism, atheism and hyper-nationalism? Is it correct to tag a secular nation like ours with a majoritarian religion?
They are all myths, subjective truth of a people who do not believe in something supernatural in the world and insist all things are material and measurable. Myths generally can be polytheistic, monotheistic and atheistic. In the 19th century, only polytheism was called myth, while monotheism was called religion. Some still use it in the same way, when they refuse to see the subjective nature of secularism, atheism, as well as hyper-nationalism, assuming they are scientific and logical. People are entitled to have different points of view. The point is how they engage with OTHERS who have different points of view. Secularists can be as mean as religious folk, atheists as theists, hyper-nationalists as hypo-nationalists, majority as minority, when they assume their point of view is the truth and good and everyone else’s point of view is falsehood and dangerous. The problem is the desire to be right, to win in a combat, rather than empathize and collaborate.

6. How do you differentiate among constitutional morality, religious morality and morality determined by multiculturalism? How are minorities affected?
No. In wisdom, we accept the other for who they are, and do not violate their being. It’s tougher than it sounds. We must be careful of turning the majority into villains and minority into victims. Homophobia is widely prevalent in majority and minority religions. The RSS as well as Muslim Personal Law Board have displayed it in their respective statements. It has nothing to do with being majority and minority, religious or cultural. It has everything to do with discomfort with difference, an indicator of low spiritual index.

7. What does Hindu literature, according to you, say about homosexuality?
Let’s not reduce India to Hindu, even though Hinduism is a useful ‘code’ to explain the uniqueness of Indian culture. Also, let’s not privilege literature in a predominantly oral culture. We need to look at ideas expressed in art and rituals too. We have of over 50 words for non-heteronormative genders and sexualities for the past 3000 years, since Vedic times, in Sanskrit, Prakrit and Tamil, revealing a rejection of binaries. Buddhists and Jains spoke at length about different kinds of bodies and attractions as they sought to filter out queer people from monasteries and privileged celibacy. There is reference to the queer in medical texts such as Charaka Samhita that sees, as in modern times, a range of genders and sexualities created by a woman’s red seed and man’s white seed. The ideas are not scientific, but they are based on logic, anchored in fluidity. There are observations on queers in the Kamashastra and Natyashastra. Temple art shows images of men intimate with men and women intimate with women. Sacred art where men and women, animals and plants, fuse to create queer creatures that are neither this nor that, a dominant theme in Hindu mythology. Puranic stories speak of men becoming women and women becoming men. The idea of karma that explains the complexities of existence and the absence of fixed entities and predictable outcomes and sees everything as manifest in nature and God (Krishna’s vishwarup in Gita). In the 15th century, Goswami Tulsidas’ Ramcharitmanas is a line spoken by Ram to Kakabhusandi, ‘Men, queers, animals, plants and animals are all equally desire to me when they approach me with devotion abandoning malice.’ (‘Nar, napunsak, nari, va jiva, chara-char koi; sarva bhav bhaj kapat taji, mohe param priya soi.’ — 7.87k)

8. Earlier you have said that you will marry your partner if laws are set in place. How does paranoia impact your personal life? How did you overcome it?
Did I? I must have been drunk or mischievous. I have been careful, as there are violent idiots around us. Never paranoid.

9. Though the law is supportive, social support could still be a challenge. How do you propose to overcome this challenge?
It has always been so in human history. I refuse to let the fantasy of a fairy tale ending or a fairy tale kingdom where all things are wonderful upset the reality of today, or transform today into a miserable cesspool. This is it. Life with all its imperfections. Some things change, some don’t. We do what we have to do in imperfection. The world was not perfect when we were born. It will not be perfect when we die. It will not even be better for all. This notion of ‘world is horrible, we have to fight, and one day we will win,’ popular in activist circles, is mythology best expressed in Abrahamic religions in the Book of Exodus, with tales of slavery and liberation.

10. The BJP government in 2015 led India at UN to vote against recognising homosexual couples. As per media reports, the government is now set to oppose same-sex marriages post the SC’s verdict. Your view, please.
Oh please. Congress and the Communists are hardly queer-friendly. Homophobia is widespread in Left and in Right and in Centre. I have witnessed homophobia in Brahmin families as well as Dalit families, Muslim families as well as Parsi families, Tamil families and Gujarati families. Belonging to a party or religion or geography does not automatically make you queer-friendly. Politicians do what wins them votes. Lets not demonise one over the other. It’s simple and convenient, but not accurate.

11. “Will I now get my rights?,” asked Aligarh professor Siras’ partner. His question certainly raises many other questions. What is your view?
He can now have sex in private with a new partner, a consenting adult, without feeling scared. We cannot change the past. Dwelling on it takes away attention from the present and future. We can always find narratives that establish our victimhood and the villainy of others. We can also find narratives that enable us to discover our heroism and our humanity. Choose the story that works for you. And if you feel you will solve every problem in the world in your lifetime, you are in for a rude shock.

12. A lot of brands are jumping on the bandwagon to celebrate the victory. Do you think they will walk the walk when it comes to their HR policies or do you think this trend is just a PR stunt that will end soon?
Some will. Some won’t. It is always the case. But there will be a general shift to the positive for the simple reason that it makes more economic sense. The rise of feminism helped many women, not all women. Life is never perfect.

13. This victory is just a step in a longer journey. What, according to you, should be the next step?
I personally never use combative words like victory and defeat. Life is life with things working in favour of you and things not working in favour of you. You negotiate through the forest avoiding the predator who seeks to consume you, and finding the prey or the pasture that you will consume. The next step always is looking within for happiness rather than outside for solutions. The former is within your control. The latter you can only influence.