Your Skills Matter. But Do You? 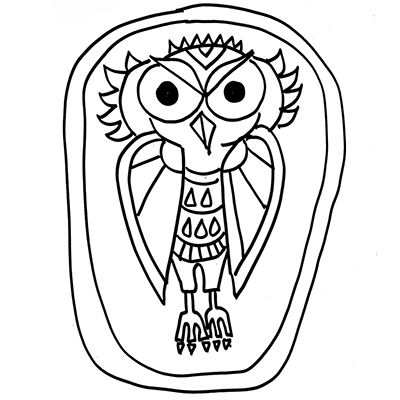 Cannibals eat humans. But cannibalism is now a cultural taboo. So humans invented goods and services that can be consumed instead of the human body. We consume what people offer, voluntarily. To consume what they do not offer, by force, is theft, and violation. To feel valued, we want our goods and services to be valued. Our self-worth, our self-respect, our ego, deepens on the wares we produce for others to consume.

The mother feels valued when the child weeps in her absence. The cook feels valued because people miss their food when they are absent. Wives, who feel devalued, leave the husband’s house and return to the mother’s house for a few days, so that her husband recollects and longs for all the things she brings to the table. In the Tamil folk Mahabharata, a warrior wants a wife who will genuinely weep for him when he is dead. No one cares for the doctor until they are sick. No one values sweepers, until they go on strike. A film star is constantly sought by his fans, who consume his energy, and so feels valued. But the day the fans stop looking at him or chasing him on the streets, he starts feeling devalued, and so, purposeless. The Instagram generation feels valued with the more likes and followers it gets. The number of likes indicates that they are being consumed by people.

We do not realise that we are commodities to be consumed. We give to our parents, our children, our family, our bosses, our country. Our country values us because we defend it, protect it, and pay taxes. We end up serving the country and therefore the country values us. Our family values us when we bring in income and when we produce children. We bring it fame, glory and a future. Recently, parents who invested 50 lakh rupees in their son’s education have sued the child; because he did not secure a job or produce children. He is seen as a bad return on investment. They do not feel he matters, he is of no value to them. In many Indian families, daughters are not treated the same way as sons. Daughters are seen as commodities who will be consumed by the family they will marry into.

People who feel they have no purpose in life assume that their purpose comes from within when actually purpose comes from without. It is what others consume. Gurujis feel valued and purposeful because they’re surrounded by students and adoring disciples. They feel even more valued when smart people in the room agree with their absurd statements, made deliberately, to check the level of loyalty. Gurus today spend on social media, branding music, food, parks, festivals, that the followers can consume to feel good about themselves. Every politician knows that they are valued as long as they have power. Without power, they are useless. No one cares for the powerful; they care for the power they have. No one cares for the rich; they care for their wealth. No one cares for the educated; they care for their knowledge.

Hindus worship Shakti (power), not Shakti-maan (powerful). In Tantra, it is said without Kali, Shiva is just shava (corpse). These are metaphors of the human condition. In the marketplace of life, someone bereft of goods and services, is as good as dead. In the Mahabharata, Krishna separates himself (Narayana) from his army (Narayani) and checks if the Pandavas want who-he-is or what-he-has. In organisations, shareholders don’t want the CEO, we want his profit-generating skills. In politics, we don’t want the leader, we want his vote harnessing skills. A journalist today is increasingly being valued because he offers loyalty to the establishment, entertainment to the public, rather than truth for the public. We become what we offer.

The rich man/woman knows this. Hence his rage. He insults you constantly, humiliates you, because he knows you do not love him – you love the treasure chest he sits on. He becomes the deformed foul-breathed yaksha who is declared ‘most beautiful’ by everyone who wants his money. The same is true of politicians and scholars, who realise, no one wants to consume who-they-are, only what-they-offer. That makes for a lonely life.