Why is Shiva represented by a sexual symbol, asks a new book 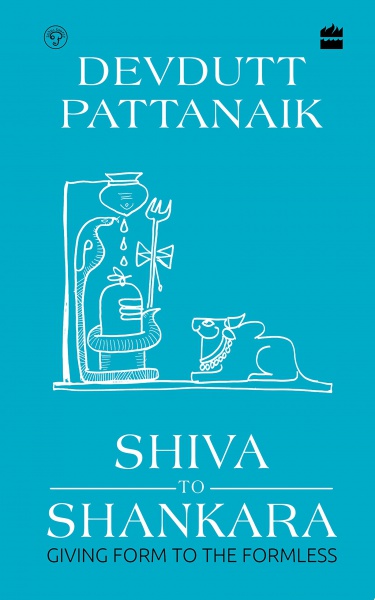 ‘Hindus have long been embarrassed by Shiva’s phallic representation.’

Hinduism is not a static religion. It has evolved with history. In its earlier form, it was known as the Vedic religion, a religion of a pastoral people, commonly identified as the Aryans. Their primary religious activity involved invoking a primal abstract force known as Brahman through a ritual known as yagna to satisfy various material aspirations. Hymns were chanted and offerings made into a fire altar in the quest for fertility and power. That the ritual involved no permanent shrine suggests its followers were a nomadic people.

Hinduism today is very rooted to the land. It revolves around a shrine, often a vast temple complex. This shift is ascribed to the mingling of the Aryans, over 4,000 years ago, with agriculturists, city dwellers and forest tribes, a process which continued over a thousand years. Tantalising glimpses of the assimilation process emerge from chronicles and epics written only in the last millennium.

The most spectacular shift in the nature of Hinduism has been the move from almost agnostic ritualism to unabashed theism: from belief in a host of gods and spirits to belief in an all-powerful god.

But like all things Indian, this belief was not so simple. Hindus visualised the all-powerful god in various ways. For some, god was the world-affirming Vishnu. For others, god was the world-rejecting Shiva. And then there were those for whom god was feminine, the goddess. God coexisted with goddess and the gods and the spirits. Nothing was rejected. This was the Hindu way. The Indian way.
The first evidence of Shiva comes from the pre-Vedic era, from a seal from the Indus Valley civilisation.

It shows a naked man with an erect penis, sitting in the yogic “throne” position or Bhadrasana, wearing horned headgear, surrounded by animals. Since the script has not been deciphered one can only speculate what this image represents. But most scholars believe it is an early form of Shiva because it captures at least three attributes of Shiva: Shiva as Pashupati, lord of animals; as Yogeshwara, lord of yoga; and as Lingeshwara, lord of the phallus.

In early Vedic scriptures, conservatively dated 1500 BCE, Shiva is known as Rudra. He is a god who is feared. He howls and shoots arrows that spread disease. He is appeased and requested to stay away. In the Shatarudriya hymn of the Yajur Veda there is a sense that he is considered highly potent and highly dangerous. In the Brahmanas one is told: “His name shall not be spoken.’

He remains an outsider god — a god to whom the leftovers of the yagna have to be offered. This and the existence of pre-Vedic representations of Shiva have led to speculation that Shiva is perhaps not a Vedic god. Perhaps he was a tribal god or perhaps a god of settled agricultural communities, the Dravidians, who were overrun by Aryans. The reluctant, and perhaps violent, entry of Shiva into the Vedic pantheon is believed to have given rise to the tale of the desecration of Daksha’s yagna by Shiva. It represents the uneasy relationship between exoteric Vedic rituals on one hand and esoteric Dravidian practices such as yoga, asceticism and alchemy on the other.

“Daksha, the patriarch of Vedic culture, commanded the respect of all. One day, he was invited to a gathering of gods. As Daksha entered, proud and noble, all the gods rose. They joined their hands to salute this supreme patron of the yagna. Daksha was pleased. He swept a glance around the assembly, accepting the salutations of the gods. Then his glance fell upon a solitary, seated figure and his expression darkened. He looked upon Shiva who continued to remain seated. Shiva did not want to insult Daksha, but he remained seated because he was oblivious to Daksha’s exalted position. He was not impressed by the arrival of the patriarch, nor was he disdainful. He was simply indifferent, untouched by it all.

Daksha, however, was not amused. He expected the same reverence from Shiva that he received from the other gods. At that moment, he swore never to invite Shiva to any yagna. He deemed Shiva, the outsider, unfit for prayer, praise or sacrifice.”

In the fifth century BCE, Buddhism and Jainism posed a great threat to Vedic ritualism.

Members of the merchant classes patronised these monastic ideologies. Threatening even the Buddhists and the Jains was the idea of an all-powerful personal godhead that was slowly taking shape in the popular imagination.

The common man always found more comfort in tangible stories and rituals that made trees, rivers, mountains, heroes, sages, alchemists and ascetics worthy of worship. The move from many guardian deities and fertility spirits to one all-powerful uniting deity was but a small step.

Being atheistic, or at least agnostic, Buddhism and Jainism could do nothing more than tolerate this fascination for theism on their fringes. In a desperate bid to survive, Vedic priests, the Brahmins, did something more: they consciously assimilated the trend into the Vedic fold. In their speculation they concluded and advertised the idea that godhead was nothing but the embodiment of brahman, the mystic force invoked by the chanting of Vedic hymns and the performance of Vedic rituals.

Adoration of this godhead through pooja, a rite that involved offering food, water, flowers, lamp and incense, was no different from the yagna.

Vedanta metaphysics was allegorised so that paramatma was not just an abstract concept; it was personified in godhead. In the Shvetavastra Upanishad, Shiva is without doubt Brahman, the cosmic consciousness. With this association, Vedism transformed into what is now known as classical Hinduism. It was a transformation that ensured that Vedic ideology survived the Buddhist and Jain onslaught.

The Vedic gods, such as Indra and Agni, were sidelined. All attention was given to Shiva and Vishnu, forms of godhead, whose story was told and retold and finally compiled in Sanskrit chronicles known as the Puranas.

There were, of course, many attempts at reconciliation such as the cult of Hari-Hara, the simultaneous worship of Vishnu and Shiva, that become popular around the fifteenth century. Even the sixteenth-century classic, Tulsi Ramayana, makes an overt attempt to show that Shiva and Vishnu are one and the same Godhead that cares for humanity.

Today, the rivalry between Shiva-worshippers and Vishnu-worshippers is not very evident except perhaps in the temple complexes of Tamil Nadu and in the traditions of the Iyers and the Iyengars. Though both Shiva and Vishnu are considered forms of Godhead, no Hindu will ever interchange Shiva for Vishnu.
Stories, symbols and rituals, especially the ones deemed sacred, construct for a people a way of making sense of the world.

The concept of Shiva constructed by sacred stories, symbols and rituals is quite different from the idea of Vishnu. Shiva is always a reluctant groom whom the goddess has to force into marriage. His children are not produced “normally”.

Vishnu, on the other hand, is surrounded by women. As Rama, he protects them. As Krishna, he flirts with them. While Shiva is associated with snow-capped mountains and caves and crematoriums, Vishnu is associated with meadows and rivers and battlefields. Whereas Shiva surrounds himself with dogs, bulls, ashes, skulls, animal skins and narcotics, Vishnu is found amid cows, horses, silks, flowers, pearls, gold and sandal paste.

Shiva does not want to be part of society; Vishnu, on the other hand, establishes the code of conduct for society. In temples, Vishnu is visualised as a king. His anthropomorphic image is bedecked with gold and devotees can see him only from afar. Shiva, on the other hand, is enshrined in open temples. Devotees are free to walk in and pour water on the oval stone or cylinder that represents him. Vishnu is offered butter and sweets, Shiva is given only raw milk. Clearly, Shiva is associated with ascetic ideals while Vishnu is associated with worldly thoughts.

Disdain for the material world is a dominant theme in philosophical schools that consider Shiva their patron deity. This disdain manifests in two ways: asceticism and alchemy. The former seeks to outgrow all things material and reunite with Shiva. The latter seeks to control the material world and make it do its bidding.

Kashmir Shaivism of Nepal, Shiva Siddhanta of Tamil Nadu, and the Lingayat and Vira Shaiva movements of Karnataka tilt towards ascetic ideologies while tantric sects such as the Pashupatas, Kapalikas and Kanphatas tilt towards alchemical principles. In the former, sexual activity is shunned; in the latter sexual activity is merely an occult ritual. Neither gives much thought to the pleasurable and procreative aspects of sex.

Of course, the easy route is to accept the most common and simplistic explanation: it is a fertility symbol. But to make sense of a mythological image one has to align the language heard (stories) with the language performed (rituals) and the language seen (symbol). All dissonances have to be removed so that the real meaning can be deciphered.

Any attempt to seek “true” meaning behind the sexual imagery may be seen as an exercise in prudishness. Hindus have long been embarrassed by Shiva’s phallic representation. For centuries it has been used to make people defensive and apologetic. Society has always been uncomfortable with sex, terrified by its primal nature. This book can be seen as yet another effort to shy away from the obvious. Maybe it is. Or maybe it is a chance to discover a deeper meaning in a manner not explored before.

Excerpted with permission from Shiva to Shankara: Giving Form to the Formless, Devdutt Pattanaik, Harper Element and Indus Source Books.