Who is a Hindu? Why do intellectuals scorn Hindu deities? 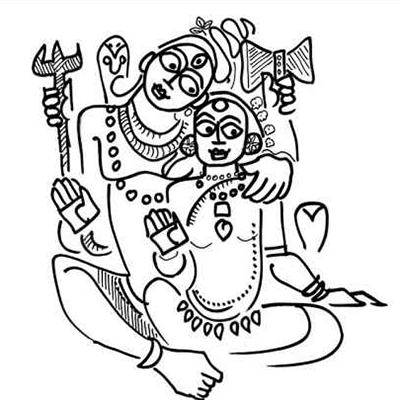 Krishna steals women’s clothes. Ram abandoned his wife. Shiva smokes narcotics. Durga kills a buffalo. Hindus worship weird gods! These are the comments I hear from people who have moved on from Hinduism, embracing other faiths. But often, also from well-read Hindus.

Hinduism embarrasses these intellectual Hindus as it doesn’t comply with their preconceived notions of what god and religion should be. And where did these preconceptions come from? From education – the assumption that god is good and all-powerful, and that religion is supposed to create a just and fair society based on ethical and moral rules. This assumption about religion betrays a Western bias. To understand Hinduism through this Western thought is to explain cricket using the rules of football. It just won’t work.

Western bias shapes globalisation. The idea that god is good and all-powerful was created by Greek philosophers of the Roman Empire when they replaced the old pagan polytheistic ways with the monotheistic ways of Jesus Christ. They turned the old Jewish jealous god into a good kind patriarch, modelled on the ideal Roman emperor. This Father God was kind and just. He made the rules. And he was also the judge. This became the model of god and religion around the world. This Father God, modelled on an ideal Roman emperor, demanded absolute loyalty and obedience. And so intolerance became the indicator of true faith and the hallmark of monotheism around the world.

Hindu gods and goddesses do not carry these Western burdens. A Hindu god is neither a creator nor a judge. Hindu deities embody various philosophical concepts that help us make sense of the world.

Brahma, for example, and his quarrelling children, including Devas and Asuras, Rakshasas and Yakshas, embody the unenlightened mind that creates Swarga where there is prosperity but no peace. Shiva embodies the enlightened mind, one who stays away from society, from family, atop Mount Kailas, until he is encouraged by the goddess to descend from his mountainous icy abode, marry and share his knowledge with the world. Vishnu embodies the wise householder, sometimes king and sometimes cowherd, sometimes animal and sometimes damsel, who engages with humanity and tries to show them the big picture. None of them are trying to discipline humanity. They are trying to enlighten humanity by playacting, hence the word ‘leela’ or game, almost like parents nudging children to reach their full potential, in an imperfect world full of insecure people, without wanting to control them.

So Krishna is impish and full of pranks. Ram is austere and distant. Shiva is very wise in transcendental matters yet a simpleton in worldly ways. They amuse you, exasperate you, annoy you, perplex you — but they do not expect you to mimic them. They expect you to solve the puzzle of their lives. Why are they behaving so? Is Durga killing a buffalo to be taken literally or metaphorically? Is Kali’s nakedness symbolic? Is Shiva’s love for narcotics a thought? Is Krishna’s flute a riddle? We have to see their images, hear their stores, and decode the mystery. This is ‘darshan’. That will reveal the Veda, the wisdom of the world and life.

These stories were part of the Agama tradition, created 2,000 years ago. They gave rise to Puranic lore and temple art and theatre. All this to make the otherwise esoteric Nigama or Vedic tradition accessible to the common man. It was clearly done to counter the monastic Buddhist and Jain ways, which told people that the purpose of life was to renounce the world. Buddhists privileged the hermit over the householder. Men were respected for walking out of families and becoming monks. Women who became nuns were seen as holy, while courtesans who lived free lives with many lovers were seen as polluted beings, temptresses who are best avoided. The worldly life was seen as inferior. Indra, who lived in Swarga, surrounded by musicians and dancers, was visualised in art bowing to Buddha and celebrating the birth of the Jina. The good material life was basically projected as sad and bad.

Hindus did not quite agree. Western scholars, from British Orientalists to American academicians, will say this Hindu resistance to monastic ways was Brahmin ‘strategy’ to gain power. But that is a simplistic, combative and rather lazy understanding of the Indian intellectual history, popular 50 years ago, spurring great self-hatred amongst Hindu intellectuals who were more interested in reforming Hinduism that understanding it.

In reality, like all movements in the world, monastic movements of India sparked a countermovement. If Buddhism and Jainism rejected the overly materialistic tone of Vedic rituals, then later Agama traditions qualified the materialistic world with a spiritual undertone, where you lived a material life, fulfilled your worldly obligations, without getting attached to things. A true hermit did not leave the household; he lived as a householder but thought like a hermit. And so Shiva gets married, Ram rules a kingdom even at cost of personal happiness, and Krishna the prankster eventually witnesses the horror of civil war.