Who is a Hindu? The politics of bodily fluids 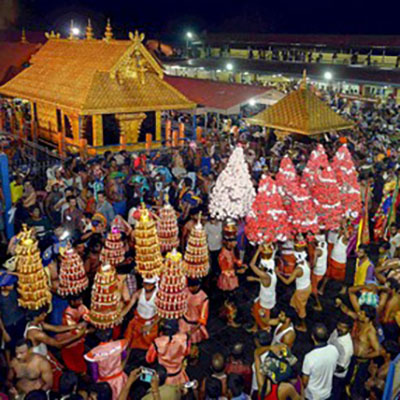 Men who choose not to shed semen are ‘holy’. Women who shed menstrual blood are ‘polluted’. This assumption is an integral part of the various ritual practices found in many Hindu sacred spaces.

There are monastic institutions across India, known as matha and akhara, where young boys are turned into hermits at a young age and told to live like a sanyasi (a celibate, detached lifestyle), long before their bodies even know what it means to be sexual beings. They are thus made ‘pure’ and given the rights to certain religious duties, including worshipping images of specially consecrated deities. If, however, they break the monastic rules, they are viewed as polluted, stopped from performing the duties and kept away from ritual worship of the consecrated deities.

There are temples in India where women are not allowed because they menstruate, which makes them ritually ‘impure’ for no fault of theirs. In the spiritual hierarchy, they are seen as lesser than men, simply because blood oozes out of their wombs every month. This excreted blood is considered a death fluid, an indicator that a child has not been conceived, which is interpreted as a failure to enable an ancestor to be reborn. In Puranic tales, if a woman approached a man while she was ovulating, he was obliged to have intercourse with her, even if they were not married, to enable the ancestors to be reborn. That biological imperative was seen as more important than social demands related to marital fidelity.

The ritual pollution associated with menstrual blood is similar to the ritual pollution beliefs around birth and death in Hindu families. Whenever there is birth, and hence an outflow of uterine blood, the household is considered to be impure. Ritual purification follows. Similarly, when a death occurs, that household is regarded as impure. Ritual purification follows. This concept of impurity also extended to certain communities (jati) which are involved in vocations that involve contact with death, corpses, sewage, flesh, leather and other body tissues and fluids, giving rise to the horrific dehumanising practice of untouchability.

By using body physiology to create a spiritual hierarchy, some Hindu orders have effectively placed men above women. This practice can be traced to Buddhism and Jainism too.

Buddhism is often presented as a religion that respected women. But the women who were respected were nuns, women who gave up their femininity and stopped ‘tempting’ men. Indeed, women are seen as vile obstacles to spiritual growth in Buddhist scriptures. Monks are warned to stay away from them. The Jataka tales that recount the previous lives of the Buddha inform us that Buddha took many forms – plant, animal and man – but never female. Likewise, the most evolved beings in the Jain pantheon, the Tirthankaras, are all male. Whether one of them (Mallinath) had a female body is a matter of dispute. For the belief is female anatomy is not good enough to attain the highest state of kaivalya. You need a male anatomy.

Yes, Hinduism worships the divine in female form. Yes, Tantra celebrates the woman’s body. Hinduism has Lakshmi, Durga and Saraswati, but clearly there was a move within many Hindu orders to sideline women, render them inferior. This is especially seen where monastic Hinduism is privileged over fertility Hinduism. Monastic Hinduism values the male hermit and the chaste submissive wife to fertility Hinduism that celebrates the household, where men are responsible for the pleasure of their wives and where the laughter of women heralds good fortune. It is fertility women-friendly Hinduism that is responsible for the female form being celebrated on temple walls. Some of the greatest temples in India have ‘rings of women’ in various postures, around the main shrine. They bring good fortune. Here their body and their bodily fluids are celebrated.

Hermits told stories of how Shiva defeats Kama, the God of Desire. But householders tell stories of how Shiva marries Shakti and becomes a married man who teaches Kama-shastra, the art of lovemaking, to all. Hermits preferred images of Ram without Sita and Krishna without Radha. Householders spoke of how Sita-Ram images are much superior and how the celibate Hanuman bowed to them while he guarded the sacred grove where Krishna danced with the gopikas and Shiva with the yoginis.

In other religions such as Judaism, Christianity and Islam, women were completely rejected, god and his messengers are avowedly male, Mary needs to be a virgin to be the Mother of God, and god has no female form or female consort. Monastic orders such as Buddhism and Jainism saw women as a temptation and the female biology as obstacles to spiritual progress. But Hinduism has resisted patriarchy in innovative ways. Without Shakti, a god is not divine. God has to acknowledge the goddess. Hermit-dominated Vedanta has to contend with Devidominated Tantra. But the fight against patriarchy has not been easy – for even now, some Hindus do privilege retained semen over excreted menstrual fluid.