Who is a Hindu? The making of Hindu anger 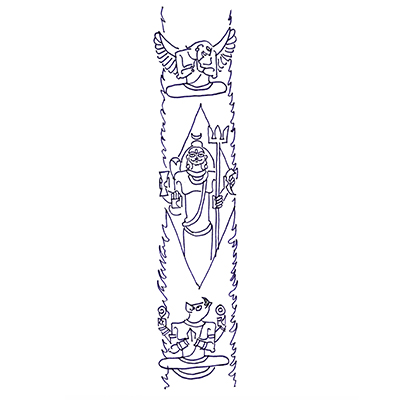 Politics is often a play when it comes to criticising Hinduism.

In Vedantic traditions, Shiva-linga means the attribute (linga) of the one without attributes (alinga), hence a simple pillar or a rock. In Tantrik traditions, the pillar along with the trough below sometimes refers to the cosmic male (spiritual reality) and the cosmic female (material reality). Yet many Western scholars have popularised Shiva-linga as a phallic symbol, choosing the titillating literal over the symbolic, and ignoring the gaze of the faithful. The very same academicians, however, will never ever refer to the image of Jesus on the crucifix as Christian veneration of ‘a corpse on a torture instrument’, or the Kaabah in Mecca as an ‘empty room with a rock stuck on the outer wall’ around which Muslims walk during the Hajj. Here the metaphor prevails over the literal. This differential treatment angers the Hindu.

Privileging the non-Hindu’s gaze of Hinduism over the Hindu’s gaze of Hinduism is at the root of Hindu anger. Take the case of the Ramayana. Must Ram be seen as a devotee sees him, as god who walked on earth and perfectly followed the rules, even at the cost of personal happiness? Or can just about anyone interpret him in any way? Dravidian anti-Brahmin movements saw Ram as a white Aryan invader from the North. Feminists have portrayed him as a misogynist.

Time and time again, I have been asked to ‘explain’ why Tulsidas in his 16th century work Ramcharitmanas makes Varuna, the sea-god, state that, ‘A woman, a fool, an outcaste, like a drum and a beast, need to be beaten to get them to work!’ The very same people are clueless about another statement, from the very same work, spoken by Ram himself, ‘Men, women, even queer people (napunsaka), as well as plants and animals, are equally dear to me, when they abandon malice and approach me with faith.’ Why are they cherry-picking verses, I ask? Are they driven by curiosity or mischief? I never get a reply. I often get branded an apologist.

Are we allowed — in the spirit of equality or whataboutery — to interpret Buddha the same way? Is one allowed to read the misogynist and homophobic rules in Vinaya Pitaka as indicative of patriarchy shrouded in monastic piety? Can one ask why Sikhism that speaks of equality does not have female gurus, or why Jainism argues that a female body is an obstacle to moksha? Can one explain which intellectual cleverly turned the hijab from an ancient instrument of patriarchy into a tool of Islam’s defiance of the West?

Every religion has its dark side. Every religion needs to be criticised in the light of contemporary values and changing time. But when only one religion is singled out in the name of ‘accuracy’ or ‘rationality’ or ‘scientific temper’ or ‘social reform’, one knows that politics is at play.

In India, for decades now, being critical of Hindu customs and practices has been a code for many who wanted to prove that they were rationalist, objective or secular. This trend was seen especially amongst ‘upper’ caste Hindus, the intellectual elite, and non-Indians who could not make sense of India’s caste and gender inequalities. Instead of investigating, they succumbed to the lazy pleasure of judgement. Criticism and mockery of Hinduism became virtue signalling.

Can a religion be objectively criticised? Whose criticism must be taken seriously — the outsider’s or the insider’s? Is an academic genuinely objective? Will a Hindu academic’s criticism of Islam or Christianity be seen as objective? Why is an American or European academic’s understanding of Hinduism viewed as objective, unaffected by the scholar’s Jewish or Christian or Islamic or secular roots? These are questions that need to be asked whenever someone presents an understanding of any religion. We need to be sensitive to unconscious bias. We need to pay heed to criticism or mockery presented under the guise of accuracy and objectivity or freedom of expression.

Many in the intellectual elite remain oblivious to how they fuel Hindu rage. They have been too self-absorbed to wonder why they are labelled pseudo-secularists. They don’t realise that in embracing cynicism and doubt, in declaring oneself to be ‘atheist’ and ‘rationalist’ perhaps even ‘secular’, one becomes an outsider, one whose view will always be at odds with the ‘insiders’ — the people who have faith.