Who is a Hindu? The forest of sacred stories 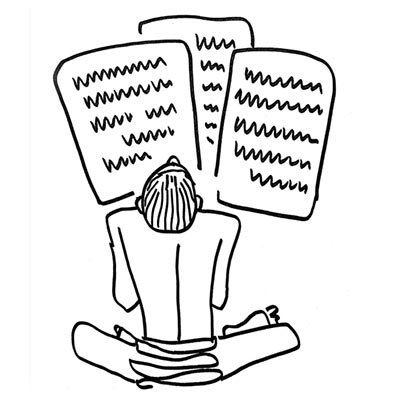 There is a forest near Lucknow known as Naimisha Aranya, where it is said a long time ago a storyteller called Sauti narrated to a group of sages, who were led by Shaunaka, sacred Hindu stories that later came to be known as the Puranas. The forest witnessed other storytelling sessions – Narada who expounded bhakti lore, Luv and Kush who narrated the Ramayana to Ram himself, and the famous Mahabharata narration by Lomaharshana, whose name means one who makes your hair stand on end, and his son Ugrashrava, whose name means one with a loud voice.

Puranas mean old lore, a chronicle of gods, kings and sages. It is quite ironical that they are called old stories even though they appear much later in Hindu tradition. The earliest Hindu traditions, the Vedas, over 3,000 years old, focused on rituals more than stories. The Atharva Veda and Brahmana literature, which are 2,800 years old, do refer to Puranas, but the Purana texts that finally come to us are less than 1,600 years old.

The earliest fully developed sacred Hindu stories were the epics Ramayana and Mahabharata, which may be called proto-purana, although they are separated from Puranas by being classified as Itihasa. Itihasa does not quite mean history; it means a story where the storyteller is present as a witness, which is why the emphasis: ‘thus it happened for sure (iti-hasa)’. Valmiki is witness to events of the Ramayana and Vyasa to the events of Mahabharata, which makes these epics Itihasa. No one actually witnesses the stories of the Puranas. They are simply received.

Most scholars agree that Vishnu Purana is the earliest Purana which was written down during the time of the Gupta kings. The most refined purana is the Bhagavata Purana, which reached its final form around 1,000 years ago. The latest Puranas are the Brahmavaivarta Purana and Bhavishya Purana, which are less than 500 years old, the latter references to Prophet Muhammad and Queen Victoria.

Puranas say that when Brahma created the world from his four mouths, he chanted the Vedas and Puranas, thus placing Puranas at an equal footing with the Vedas. Around 1,000 years ago, poets like Mamata were of the opinion that Vedas are of value only for the sound they create and the Puranas for the meaning that they share, while classical poetry (kavya) for both the language as well as the meaning. They also saw Vedas as that which speak to you in the voice of god, Puranas as that which speak to you in the voice of a friend, and Kavya that speaks to you in the voice of a beloved woman or a lover.
The story goes that originally there was only one Purana with a crore verse and it was located in the realm of the gods, but it was later brought down to earth by Vyasa who divided it into eighteen Maha Purans. Eighteen is a sacred number recurring in the ancient scriptures (Mahabharata has eighteen chapters, Gita has eighteen chapters). A Maha Purana is non-sectarian, while a Upa Purana is sectarian, meaning it is very focused on Shaivism or Vaishnavism, or on a particular caste known as Jati Purana, or it is located on a particular pilgrim spot known as Sthala Purana.

Essentially, Puranas are stories that are located in what may be called the Brahmanical space and time framework. It means they need to have certain lakshana or qualities. They have to describe the creation cycles, the sarga and the prati-sarga, the life cycle of a world or kalpa with its divisions the yugas, the various eras which are led by Manu (also known as Manvantara), and finally they have to be located within each of these yugas, and manvantaras must be the vanshavali or the lineage of kings. It is in the Puranas that we, for the first time, get the concept of Surya vansha (solar lineage) and Chandra vansha (lunar lineage). Most kings of India legitimised themselves by linking their family tree to these two lineages, and this is what made Puranas a very important political document.

The greatest contribution of the Puranas is that they introduce us to the classical Hindu trinity of Brahma, Vishnu and Shiva and their respective spouses – the goddesses Saraswati, Lakshmi and Parvati. This concept is not found in the Vedas. It indicates the amalgamation of Vedic metaphysics with the customs and beliefs of non-Vedic tribes, which was achieved by creative and accommodating Brahmins who spread out from the Gangetic plains in the eastern, southern and western directions, and even beyond the sea to Southeast Asia, a process that happened over 2,000 years ago.

The Puranic tales with the three divine couples as protagonists placed emphasis on marriage, children, household, pleasure as well as responsibility. This played a key role in countering monastic orders like Buddhism and Jainism. This is why Puranas came to be known as the Fifth Veda, overshadowing the old Vedic order and establishing a new story-based Hinduism.

This article is also listed under Jain, Puranas