Who is a Hindu? The fog around Shankara 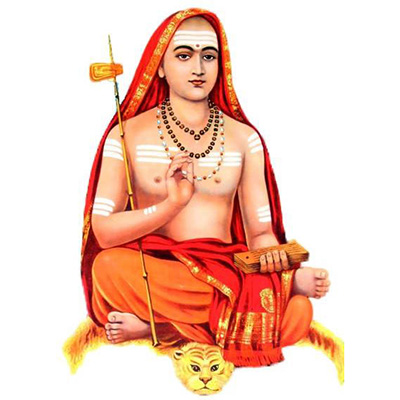 When the word Sufi is used, we often think of mystical singers whirling around in carefree ecstasy. Yet, in the 14th century, we learn of many militant Sufis, leading ghazis or religious soldiers, granting religious legitimacy to the secular plunder of the Deccan by Delhi sultans, and massacring hundreds of idolatrous Hindus. Is this true? We can’t be entirely sure. For the information comes from a ‘hagiography’ — the biography of a saint written centuries after his time by followers who treat him with undue reverence and tend to exaggerate the events in his life in order to establish his holiness. Historians are highly suspicious of hagiographies. Politicians love them, though.

A study of medieval India’s religious orders reveals that the popularity and royal patronage of militant Sufi orders led to a reactionary rise in militant Hindu ascetic orders of sant, nath, jogi and sanyasi, and their royal patronage, from the 15th century onwards, if not before. While much has been said about how Sufism influenced, and was influenced by, non-violent and mystical bhakti movement, few speak openly about how militant Sufism impacted the rise of militant Shaiva, Vaishnava and Sikh sadhus known as gosain, bairagis and udasins during the same period. These fierce and well-armed sadhus also fought against each other. There are poems of Kabir decrying their violence. Bankim Chandra Chatterjee’s 19th century novel Anandmath romanticises them as nationalistic revolutionaries, even though many served as mercenaries to kings, before the British decided to demilitarise them.

While historians trace the rise of militant Hindu ascetic orders to the rising influence of militant Sufi orders in medieval times, hagiographies claim that after overthrowing Buddhism, and establishing four intellectual centres in the four corners of India, Adi Shankaracharya established ten orders (dasanami) of military ascetics to physically defend Hinduism because he foresaw a threat of invasion. Is this true? Historians will say there is no evidence to back this claim.

A religious person will say, based on traditional records of mathas, that Adi Shankaracharya lived 2,500 years ago, at the time of, or even before, the Buddha. From Shankara’s own writings, we know that he was familiar with North India and the Himalayas; from the writings of his students, we know that he was a Brahmin from the south who became a staff-bearing ascetic. All other information about him comes from his hagiographies that started being composed only from the 14th century. They suggest he probably lived in the 8th century, 1200 years ago, though writings of this period do not refer to him, his works, or his philosophy.

Traditionalists will insist that Adi Shankaracharya wrote over 400 Sanskrit works in his short life of 32 years. However, historians believe that the figure could be much less — less than 50 in fact — and these include his commentaries on Brahmasutra, Bhagavad Gita and major Upanishads. A proponent of gyana yoga, he was unlikely to have composed devotional hymns to Shiva, Vishnu and Devi. These are probably works of later Shankaracharayas who attributed it to their primal guru out of reverence.

Perhaps the most controversial claim is that Adi Shankara was probably Vaishnava, since a survey of his works reveal he is more critical of Shaiva orders than Vaishnava orders. But in his hagiographies, composed during the reign of the Vijayanagara empire, Adi Shankara is an avatar of Shiva, who established Shakti worship at Shringeri and Kanchi. Did this have something to do with the fact that Vijayanagara empire was aligned to Shaivism?

None of the early hagiographies speak of Shankara as establishing the four mathas, or of him setting up ten military orders to protect Hinduism from Islam. These ideas start emerging as late as 17th century, as per current evidence. Tracing their origin to Adi Shankaracharya clearly granted legitimacy to many monastic orders, after all Shankara was no ordinary man. He was a legend in the Hindu world: the one who revived the ancient Upanishadic teachings, which had been overshadowed by Buddhism and Jainism, by linking it to popular temple-based Hinduism.

Ultimately we have to decide what establishes our faith in Shankaracharya, and in the origins of Hindu monastic orders. Is it our popular understandings based on hagiographies, or is it information presented by evidence-seeking historians, or is it provocations offered by WhatsApp forwards?