Who is a hindu? Is the world my family? 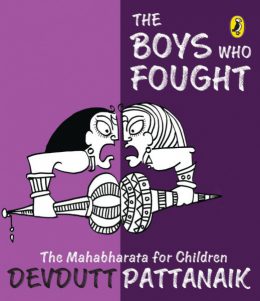 India’s foreign policy is based on the phrase ‘Vasudhaiva Kutumbhakam’, the world is my family. This phrase comes from Maha-Upanishad, and is indicative of ultimate wisdom, a sign of brahma-sthithi, a state of awareness, awakening and enlightenment. Later, in medieval literature such Vetala-pachisi (25 tales of the ghost) and Simhasan-battisi (32 tales of the throne), it is the worldview of the most illustrious and generous of kings, King Vikramaditya.

In the Puranas, this idea, of ‘the world being my family’, is explained through the idea of Brahma, who is addressed as grandfather (pitamaha), and is the seed from which all living creatures descend. Brahma’s sons are the seven sages (saptarishis) who, through various women, father different species of animals. Thus, Kashpaya is father of the devas via Aditi, of asuras via Diti and Danu, of birds via Vinata, of snakes via Kadru, and of fishes via Timi. Pulatsya, or his son Vaishrava, is father of yakshas and rakshasas.

But this is not a happy family. Children keep fighting with each other. Devas are fighting asuras. Rakshasas are fighting yakshas and rishis. Gurus compete with each other: Brihaspati, guru of devas, hates Shukra, guru of asuras. Co-wives hate each other: Kadru hates and enslaves the winged children of Vinata, and we find this hatred being described in epics such as Ramayana and Mahabharata.

Rivalry manifests in Ayodhya where Kaikeyi is jealous of Kaushalya’s position as mother of the future king. The same happens in Hastinapur where Gandhari, with hundred sons, feels superior to Kunti, who has three sons, who in turn does not give Madri the magical formula, lest Madri bear another set of twins and thus has more sons than her.

In Ramayana, the fight is not just in Ayodhya over which brother should be king. It is also in Kishkinda, as Vali fights Surgriva rather than sharing the throne. It is also in Lanka, where Ravana kicks Kubera out and claims the island kingdom, and prefers Kumbhakarna, who obeys him, to Vibhishana, who challenges him.

Why so many stories of brothers fighting? And this is explained by the philosophy of the rishis, the ones who observed nature carefully. They observed plants compete with each other for sunlight and water, and animals compete with each other for pasture and prey. In every herd and pack there is a pecking order to determine who gets the food and who gets the mate. There is anxiety over resources creating a battlefield everywhere. Yes, the world is a family, but it is not a happy family.

Realists like Chanakya did not believe in the rather romantic ‘the world is my family’ doctrine. For him, man was essentially an animal, who loved to dominate and be territorial. The essential nature of society was jungle law known in traditional Indian lore as fish justice (matsya nyaya), in which big fish eat the small fish, unless the small fish is cunning. To establish order and discipline among these animal-subjects, Chanakya believed, the king had to use force (danda-niti). Both Manu and Bhisma generally agreed with him.

Thus, in Panchantantra, which are parables composed by Chanakya as per legend, ‘world is my family’ is the belief of a rather gullible person who ends up being consumed by the strong and the cunning. In one story, a cat uses this dialogue to gain the trust of an old blind vulture and eat the small babies under its care. In another story, a fox tries to trick a deer with this line, but the latter is saved by a crow.

While in Christianity, man is created in God’s own image, and all corruption in man comes from the Devil, in Hinduism, nobility is born of effort, through enquiry into the divine (brahma-jigyasa). In the absence of effort, we function like beasts. Hunger and fear crumples our mind, makes us egotistical, more animal-like, seeking domination and territory. Wisdom un-crumples the mind, makes us more god-like, rising above the desire to dominate and seize territory, seeing everyone as a family member, who one has to care for.

Once Brahma invited his sons to a meal and offered them food, but insisted they eat without bending their elbows. The brothers realised the only way to eat is to pick the food and feed the other brother. I feed you and you feed me. Reciprocity. This was the first yagna – I give before I get. I do not take, like animals. Yagna, the primal Vedic ritual, is designed to evoke the humanity within us, so that we feed others, protect others, nourish others, and choose ‘love’ over ‘pecking order’ in the global family. Through yagna, the Upanishads hoped, we would discover the whole world as our family, who we have to take care of. Until then, Chanakya advised kings to be wary of man’s animal nature.

This article is also listed under Mahabharata, Vishnu