Who is a Hindu? Hindu ship of Theseus 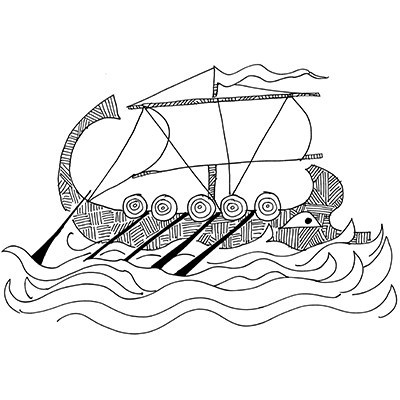 There is a very famous philosophical problem popularly known as the Ship of Theseus, or the Theseus’s Paradox. Imagine a ship is brought to a museum, an ancient vessel discovered in an archaeological dig and identified as the ship of Theseus. Over time we find that some parts of the woodwork are rotting and need to be replaced. After some time another piece needs to be replaced and then another… This goes on until finally, a couple of years later, no portion of the original woodwork is left. The ship looks the same, but it comprises new wooden pieces. Is it still the ship of Theseus or is it a new ship now?

There are two schools of thought. One says that identity is a function of time and therefore we can say that a new ship has emerged, made of new materials, replacing the old vessel made of old materials. The other school of thought is that there is a continuous identity, an essence beyond space and time. This essence has survived even though the woodwork has been replaced.

Hinduism is something like that; it can be compared to the Ship of Theseus. Every few years, some traditions change. Over the years, traditions have changed so dramatically that one wonders if Hinduism has survived with a new set of traditions, which are so different from the old set. Again, there are two schools of thought. One says that the new traditions represent a new religion. For example, western scholars often insist that the 3,000-year-old Vedic religion is very different from the 2,000-year-old Puranic religion. Vedic Hinduism is not Puranic Hinduism and to compare them is just cultural chauvinism. However, there is an idea of continuity among Hindus, who believe that there is something consistent and continuous in Hinduism from ancient times, and it doesn’t make a difference whether the Vedic yagyas were replaced by the Puranic temples. The essence of Hinduism has remained the same.

This idea needs to be visited in the wake of recent controversies about traditions changing. Should women be allowed into certain temples? Do people of the Dalit caste have the same rights as people of the Brahmin and Kshatriya castes? These are questions that keep emerging as society keeps changing.

Take the case of travelling over sea, for example. In the Dharmashastras, it is very clearly stated that people who travel over the sea lose their caste, which means this law was encouraged to prevent people from leaving their villages for foreign lands. According to some, these laws were created by Brahmins to counter Buddhist merchants who travelled abroad, made a lot of money and invested it in Buddhist viharas. According to others, these were simply ancient laws of purification and pollution – that when you travel, you get polluted and that sometimes the pollution is so strong that when you return, you carry it with you. So from the point of view of purity, do not undertake sea travel.

Now, this tradition has been completely abandoned, otherwise there would not be such a mad rush among upper caste Hindus to head for foreign lands for economic reasons. Economic migration of upper caste Hindus to America and Europe completely ignores this caste rule. Though you do find certain Hindu associations based on caste in the US, it is not the dominant theme. Many associations are dominated by the upper caste, but it is not a conscious decision; it is the result of the inequality of India extending itself to other parts of the world.

The Fijian Hindus had moved as labourers from many parts of north and south India. What is unique about Hinduism in Fiji and the Caribbean islands is that the caste structure does not exist because the people who migrated there had to perform the same role. As we know, caste is closely linked to vocation. People of different castes who shifted to the Caribbean had to do farming. They intermarried and eventually, caste stopped being a key theme for them. Though some people are trying to reintroduce the caste system into the Caribbean Hinduism, it doesn’t play a dominant role; the tradition has changed.

The Fijian Hindus identify themselves as Hindus through rituals and festivals like Diwali and the worship and veneration given to Ram, with various Hindu advocacy groups popularising Neo-Vedanta doctrines and Bhakti philosophies.

Now, there are discussions about whether women can enter certain temples and perform certain rituals, and there is also a big debate about whether a secular state can impose laws on traditions. Many people are upset because changes in practices are being introduced only in Hinduism. We do not see Islamic, Christian or Parsi groups changing their prejudicial practices in deference to the secular state. People feel if the traditions are completely replaced, then Hinduism will cease to exist. But the thing is Hinduism has always adapted to modern times, just as we allowed migration, which did not remove caste hierarchies but simply transcended them. Likewise, we can surely transcend the gender hierarchies in rituals.

This brings us to the next question: if gender doesn’t matter and anybody can enter the temple, will we allow gay marriages in Hinduism? Many NRIs who are gay and Hindu want to marry as per Hindu rituals, but temples in the US do not allow it. If the rituals are performed, it is done privately by some priests at the families’ homes, and not in temples. The very same institutions which are anti-caste and which believe in gender equality turn out to be homophobic. Similar behaviour is seen with many Hindu gurus who speak of lofty modern liberal values in matters of caste and gender but don’t support LGBTQ rights.

At a practical level, what people, gay or straight, want is that the State should recognise their marriage because property and inheritance issues are regulated by the State. Similar issues will be raised in India now that Supreme Court has decriminalised homosexuality. Rituals, Hindu or otherwise, are simply a social performance that guides our emotions; they have no practical relevance.