Who is a Hindu? Economics of being Hindu 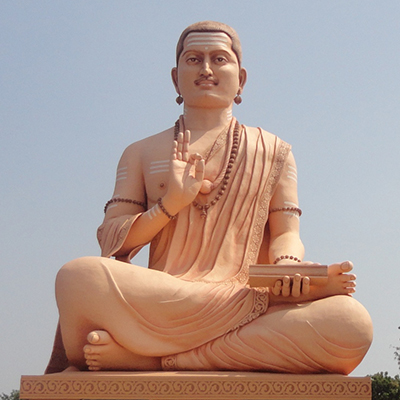 Many in the Lingayat community of Karnataka believe they are not Hindus, that theirs is a separate religion. This has become a political issue in forthcoming state elections, as Lingayats are a vote bank no one can afford to ignore. But it all hinges on how you define a Hindu. Those who are comfortable in their Hindu skin are comfortable with its ambiguousness, and don’t bother to define it. Those who are not, reject its ambiguousness and strive hard to define it, for only when you define something can you distinguish yourself from it.

Whether you are a Hindu or not, determines your access to various privileges. For example, if a Dalit becomes a Buddhist, he can still claim benefits of the reservation policies that benefit ‘lower’ caste Hindus. However, is he eligible for the same if he becomes a Christian or a Muslim? And does that mean there is a tacit acceptance that Buddhism are branches of the Hindu tree, in which caste plays a role? Buddhists will insist they are not Hindus. In which case, is caste alone an essential condition to be Hindu? Many non-Hindus will insist that this is the case. By that definition, the only way to attain the egalitarian dream of annihilating caste will be by rejected Hinduism itself, will it not? Many Lingayat leaders insist that since Basavanna, the 12th century founder of Lingayat community, rejected the caste system, he effectively rejected Hinduism, which is why Lingayat must be seen as a separate religion.

Currently, as Hindus, Lingayats are classified as Other Backward Classes (OBC), a reservation category that was created for ‘upper’ caste but ‘lower’ class Hindu, and a few Christian, communities. As soon as the Lingayats become a minority religion, they get access to many privileges in India, and will be able to safeguard their culture, such as establishing and administering their own educational institutions. Cynics feel it is for these privileges that underlies the Lingayat quest to be a separate religion. Insiders however insist they are driven by ideology, not economics.

This notion that religion can be located outside economics is an idea that was introduced by Protestants roughly 500 years ago. In fact, secularism is a concept introduced by these Christians who challenged the power of the Catholic Church, which had a huge say in economic matters in medieval Europe. They were, for example, against the idea of usury. When the scientific revolution catalysed the industrial revolution, the newly emerging class of industrialists needed capital, but the Papal prohibition against usury came in the way. This annoyed the rising class of rich and ambitious industrialists who were on their way to challenge the power of the old land-owning feudal order, which had an old relationship with the Church. These industrialists supported the Protestant Reformation, as it allowed them to bank and still be Christians (this marks the birth of the Swiss banks, incidentally). This economic reason played a key role in fuelling the Protestant Reformation. Later, these very same Protestants introduced the idea that the state must be separate from the Church, and that was implemented when America established itself as a republic 300 years ago! Thus we see the close link between religion and economics.

In ancient India, to earn good karma, one had to either take care of Jain monks, or Buddhist monks, or Hindu Brahmins. A king could legitimise himself only if he had the support of either of the Brahmins, or a monastic order. There was no secular way to earn spiritual currency or acquire political legitimacy. This explains the intense rivalry between Brahmins, Buddhists and Jains in the post-Gupta period. Great stupas and temples were built by kings in this period, depending on who they were supporting. It was as much about kingship as it was about religion. This trend spread across South East Asia. In Myanmar, Cambodia, Sri Lanka and Thailand even today, the Buddhist monastic order plays a key role in determining which politician has the people’s support. Likewise, in Russia, the Orthodox Church plays a key role in securing Putin’s power, making him the closest thing to a Tsar that the Russians have seen in the last 100 years.

India’s democracy is based on vote banks and vote banks have been wooed using the reservation policy. A vote bank traditionally was a minority religion or a caste, and occasionally a linguistic group. Hindutva is all about turning the majority religion of Hinduism into a vote bank, hence the fierce opposition to reservation policy and vote bank politics. But the problem is that what unites this majority religion? Is it a scripture like the Vedas? Is it a deity like Shiva or Vishnu? Is it a practice like caste? Is it a heroine like Padmavati? Is it a language like Sanskrit or Hindi? Is it a cow? Or is it hatred of non-Hindus? Or is it atma-gyan, an understanding of the self? The answer is very different if you are rich, and very different if you are poor.