Who is a Hindu? Diversity unites, homogeneity divides 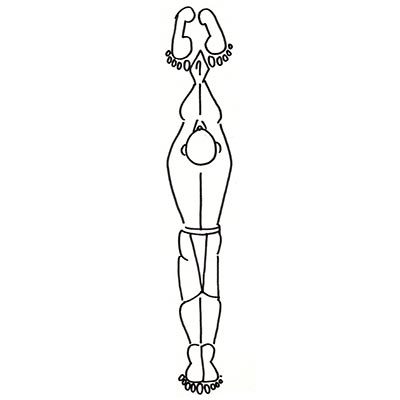 European and American Indologists will insist that Vedism is different from Hinduism. That the yagna-based culture that existed 3000 years ago in the Gangetic plains is not quite the temple-based Hinduism of today. Hindus will disagree. Hindus see continuity between the older Nigama (Vedic) culture and the later Agama (Puranic) culture. This difference of opinion has something to do with gaze.

Under the Western gaze, Judaism, Christianity and Islam are three very different religions even though they worship the same God of Abraham, because the three religions follow three different prophets: Moses, Jesus and Muhammad. However, if you ask a Hindu, he will see them as three branches of the same tree!

Hindus are comfortable seeing unity in diversity – we will even say that God of Hindus is the same as God of Abraham. So no Hindu has a problem visiting a synagogue, or a church or a mosque, and praying there. But a person of Jewish, Christian or Islamic faith, even an ‘atheist’, will find it difficult to bow before a Hindu deity and see in that image the God of Abraham.

Western scholars refuse to see India as a civilisational force that bound South Asia for hundreds of years, until the Western idea of nation-state prompted division of India and Pakistan. Even today many Western and Westernised scholars insist that ‘Hinduism is not one idea but a collection of many beliefs’, or that ‘India is not one country but many’. They are conditioned to see division in diversity.

During the French Revolution, French was imposed as an official language and it led to the brutal suppression of local dialects. Unity was established by destroying diversity and creating homogeneity. When European Union tried to create a common market with the various European communities, we saw Brexit, the rejection of union, on grounds that it would destroy the national identity of Britain. For the West, unity can happen only with homogeneity. So one God, not many gods.

In Mecca, during Haj, people come from all over the world – but the difference is wiped out. Everyone has to dress the same way, pray the same way, in the same language, Arabic. Contrast that with the Kumbha Mela, which is completely voluntary, and there is nothing common except a vague sense of sacredness attributed to the confluence of Ganga and Yamuna during that particular time of the year.

In the Vedas, the main gods are Indra, Agni and Soma. The gods ride horsedrawn chariots, and there is no concept of ‘vahana’. The goddesses are a minority. In the Puranas, the main gods are Shiva, Vishnu and Devi. The gods ride bulls and eagles and lions. And no god can exist without a goddess. In the Vedas, there are no temples, and fire is the medium through which the gods are invoked. In the later Agamic traditions, temples are built and icons are bathed with milk and water and adored with flowers, fruits and lamps. In the Vedas, there is no concept of bhakti, which is central to Agamic traditions. How can the old Nigama be linked to Agama, asks the Western scholar. He dismisses the Indian gaze as Brahminical fantasy to create an eternal legacy.

Hindus see Puranas as the fruit of the Vedic tree. The stories of Shiva, Vishnu and Devi make accessible the abstract wisdom of Vedic hymns. They sought to draw attention to the invisible force that animates the living and permeates the whole universe. This idea finds expression slowly — first through ritual gestures, then as words, then as narrative and ritual and visual metaphors, over 3000 years.

For eyes that can see, from the very first verse of the Vedas there is reference to the hunger of organisms. The Vedic yagna is essentially feeding gods in the hope that they reciprocate the gesture. Wherefrom comes hunger, that is not found in the inanimate objects of the world? Can this hunger be outgrown? These are questions that give rise to words like dehi (resident of the body) and atma within and brahman outside, which are then embodied as divine couples: Radha and Krishna, Shakti and Shiva. What seems obvious to Hindus seems force-fitted to the non-Hindu.

Hindus never felt the need to unite Hinduism until the arrival of Muslim warlords. Until 13th century, the word Hindu was used by outsiders to describe Indians. After 13th century, kings of Vijayangara empire used the word ‘Hindu dharma’ to distinguish themselves from ‘Turuka dharma’. This split is found also in works of Kabir and Vidyapati, an awareness of a different way of looking at the world. Then, with the British, the idea of Hindu as a singular entity became formalised, about 150 years ago. Now there is a yearning to see Hindu as one. The question is: will we follow the Hindu model of ‘unity through diversity’ or the Western model of ‘unity through homogenity’?