Where Hinduism and Sikhism meet 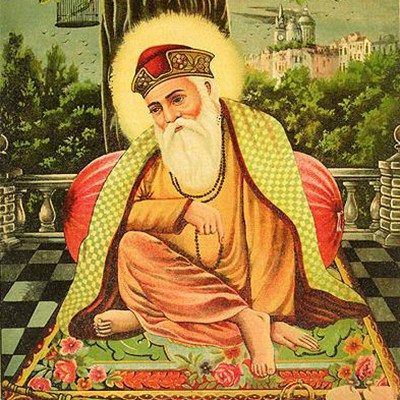 If you ask a Hindu extremist, he will say that Sikhism is very much a dharmic religion like Hinduism, under the umbrella term, Sanatan Dharma. However, if you speak to a Sikh extremist, especially in the UK and Canada, he will deny this, completely. This division has been especially amplified since the tensions between the Indian state and the Sikh community in the 1980s. In the West, most white people confuse Sikhism with Islam as beards and ‘turbans’ are seen as common. Extremists always follow simplistic, binary concepts.

They cannot, and will not, understand the complexities of history and the origins of how religions evolve, over time, based on political and economic realities. Sikhism, in India, started more than 500 years ago, in an ecosystem where Hinduism had to cope with the arrival of a new religion called Islam, which entered the country, from the north-west, in a violent form, under the aegis of newly converted Central Asian warlords. This was much later and very different from the Islam that came via sea-faring merchants in the south. Sikhism manifested at the intersection of Hinduism and Islam and shows characteristics of both religions, yet maintains its own unique flavour.

Sikhism did not manifest in a single day; but over several generations. The first founder is identified as Guru Nanak, who travelled across India, and was deeply influenced by both the Bhakti and Sufi Movements. Hindu-friendly scholars will say that it was Bhakti that shaped Sikhism, while Hinduphobic scholars will tend to insist that it is Sufism that influenced the religion.

Politics aside, Sikhism is based on the idea of karma, or rebirth, but believes that, if you follow the Sikh way, or dharma, as explained in Sikhism, one will attain moksha, an idea also found in some Buddhist schools. These concepts of dharma, karma and moksha are key to Hindu beliefs too. Sikhism also values the sound Om. Omkar (venerated by Hindus, Buddhists and Jains) refers to the divine in Sikhism. The holy book ofSikhs, Shri Guru Granth Sahib, is a collection of Bhakti songs, from various poets of the time, from Kabir to Ravidas to Namdeo. The idea of a holy book comes to India via Islam; before that, Indians valued the oral over the textual, the fluid over the fixed. The Sikh practice of remembering God’s name (Simran, from the Sanskrit smaran) has roots in Bhakti and the importance of service (seva) makes Sikhism far more social and fraternal, much like Islam, than caste-based Hinduism.

Unlike Hindus, but like Muslims, Sikhs shun imagery. God in Sikhism is nirgun (formless). Sikhism is staunchly monotheistic, like Islam, though Sikh writings do reveal veneration of Krishna (Govind, Hari, Bitthal), Ram and Durga (Chandi) as well as Allah in the spirit of unity with all faiths, a hallmark of BhaktiSufi practices. In Sikhism, caste is completely rejected and genders are considered equal. A man who follows Sikhism is called Singh and a woman is called Kaur, meaning tiger and tigress, respectively.

Like in Islam, there is a code of conduct called the Rehat Nama or Rehat Maryada. Over time there has been a separation of religious affairs, Piri, from secular affairs, Miri. The vicious persecution of Sikh gurus by Mughals in 17th century played a key role in consolidating the Sikh identity, especially the rise of the Khalsa (the pure ones) who embraced martial arts and military discipline to protect the faith.

Until about a hundred years ago, divisions between Hinduism and Sikhism were not so sharp. Many of the gurudwaras, where the holy book was kept, and where people gathered to pray, were managed by mahants of the Udasin order. Udasinta means indifference. They trace their lineage to Sri Chand, who was the son of Guru Nanak. Although Guru Nanak believed in the life of a house-holder, Sri Chand believed in celibacy and asceticism. The Udasin Mahant order did not differentiate between Hinduism and Sikhism; they also believed in idolatry, and they worshiped Vishnu, Shiva and other Hindu gods. They played an important role in spreading Sikh thought in 18th and 19th century. But in the 1920s, the Khalsa Akali movement took place, a kind of a reform movement which urged Sikhs to reject casteism and idolatry. Very slowly, committees were formed, whereby Sikhs created democratic institutions, to manage the gurudwaras, and the Udasin babas were side-lined. Some believe the British facilitated this as part of divide-and-rule policy.

So, one can see in Sikhism the influence of both one-life ‘book’ religions, as well as karmic religions. Today, of course, Sikhism is a religion in its own right, with its own reading of faith, enshrined in the Constitution just like Buddhism and Jainism – extremists notwithstanding.