What is the opposite of intellectual? 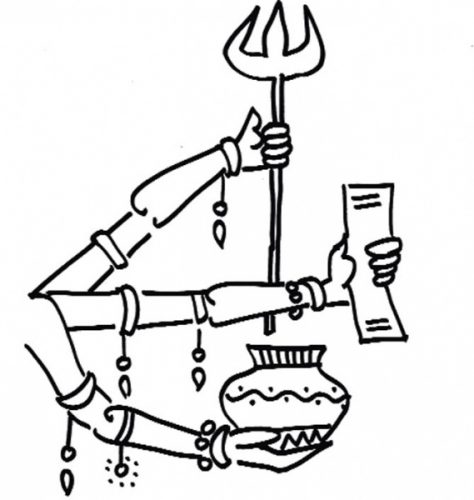 ‘Intellectual’ is a code for the person who rejected all things that for centuries have sustained humanity – tribal affiliations, religion, caste, community, gender roles, God, faith, tradition, religion. This rejection of the tradition was justified using the doctrine of equality and justice. The world before rational thought was imagined to be unequal and unjust. So, a worldview was created that divided one group of humans into victims (women, homosexuals, colonised, poor, uneducated, blacks) and another group of humans into villains (men, heterosexuals, colonisers, rich, educated, whites).

The intellectuals who made this division saw themselves as the saviour. They ‘knew’ what was right. All those who opposed them were wrong as they functioned not from the head (hence intellectually) but from base passions of the body. The body was selfish, egotistical, and saw only ‘me’ and ‘mine’. The head domesticated the wild beast, and ensured there was kindness and compassion for the Other.

The monastic orders (shramana) reject the body completely, and the head too. Hence, meditative practices continuously talk about rejecting thoughts (head) as well desires (body) and valuing the soul that speaks the language of intuition. Most monastic orders are led by men (Buddha, Mahavira, Shankara), women play a secondary role. In most traditional mythologies, it was assumed women were more controlled by their bodies than their heads.

Tantra valued the body over the head, and hence is dominated by female deities. It did not look down on base passions and saw them as natural. Hunger and fear is what establishes the world of plants and animals. But, in the natural world, this hunger and fear is self-limiting and self-regulated. In humans, this is not.

The human head, seat of imagination, changes the rules of the game – it can either wipe out all hunger and fear or amplify it to infinity; it can make the other seem like rivals, as victims, or as villains. The head had to be trained not to look down on the body, but to appreciate the body – one’s own base impulses, and those of others. This was expressed by images of love-making. The point is to love one’s own body and that of others, seek and give pleasure, be a bhogi (seeker of pleasure) and bhoga (object of pleasure). In Tantra, the point is not to control the body, but to love it and make it love others.