What Is God’s Pronoun? 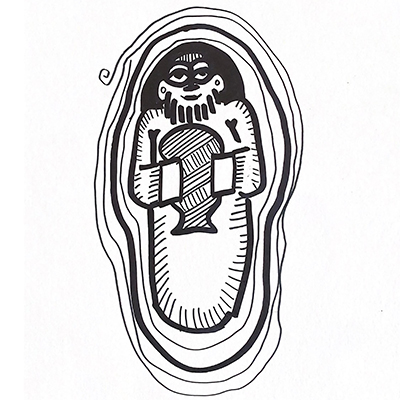 In this worldview, gender is distinguished from sex. Sex is biological. But gender is a social construct. Nature gives us genitalia. But society says what is masculine and feminine. We choose, or are made to choose, our genders. Thus, it is possible that there could be men who menstruate and women without wombs, drawing attention to the world of transsexuals. It is a powerful movement that challenges notions of gender binaries. Proponents of this way of think insist that their worldview is the truth with the same zeal that missionaries insist Jesus is the true saviour of humanity, or Muhammad’s message is the truth.

Whether this way of thinking will go beyond the developed world, becoming popular in countries like China or the Islamic world, or an African nation states remains a question. But it is currently a powerful force in the Western world, where many see this as part of social development. While this way of thinking is based on diversity, it does not like opposition. Those who prefer gender binaries to gender fluidity often find themselves cancelled by the woke.

Can this idea of gender fluidity be extended to the idea of God? In Christianity and Islam, God is identified as male. In the Sistine Chapel, God is visualized as a bearded old man, who decides whether you will go to Heaven or Hell. In Islam, God is not given a form. God is not visualized. But, the conventional assumption is that he is male, and he is addressed using the masculine pronoun.

In Hinduism god can be male and female. Vishnu is a male god who transforms into Mohini, who is female. So what is the pronoun we give Vishnu? In the Bhagavad Gita, Vishnu says, ‘I have two wombs’. In this case, where in the gender spectrum should he be placed? In popular culture, Shiva is visualized as a muscular, macho male. But in myths, he is described as the one who is half a woman or Ardhanareshwar. He also takes the female form of Gopeshwar, to dance the Ras Leela with Krishna in Vrindavan. What pronoun do we give him? In South Indian temples, especially in Karnataka, fierce goddesses are visualized with a metallic moustache to show how powerful they are.

Are these expressions of gender fluidity found in traditional society? What is the pronoun that one should use? Does it mean that Hinduism had a far more sophisticated view of gender and sexuality?

In the colonial era, India’s gender fluidity was mocked. Indian kings who wore silk robes, makeup and jewellery were mocked as feminine. And today, it has come full circle with the Western world using words like gender-fluid and metrosexual, while Hindutva strives hard to be masculine, even celebrating the toxic.

Words that challenge notions of toxic masculinity are on the rise in the West, whereas Hinduism is trying very hard to deny its fluid past as it embraces Hindutva. Hindutva is aligned with the most toxic forms of Christianity and Islam who not only believe in gender binaries, but also gender hierarchies, where women’s bodies are strictly controlled through laws that regulate consent, marriage and abortion.

Has the West learned from India? Will the Western world acknowledge that its ideas of gender fluidity are not new ideas, but ones that were rooted in the ancient past of pre-monotheistic pagan cultures, or, like all things Western, will it claim to be the origin source of this fluid idea? Will Hindutva accept that its increasing rigidity is more Western than Indian? Globalisation reveals how ideas travel, in areas we do not realise, and in ways that surprise, even shock us.

While this fluid way of thinking aligns with liberal thinking, it has huge social implications – on toilets, on participation in sports, on the issue of marriage. It forces us to look at laws in a more gender-neutral way and see people as individuals, and not gendered. Some argue it is an extension of Cultural Marxism that seeks to annihilate all structures, from class, religion and caste, to now gender, and eventually nations. When structures collapse, then as per Hindu Puranas, there is dissolution or pralaya, the solid becomes liquid. The world is dissolved and becomes fluid.