What Genghis Khan Can Teach Us About Secular Values 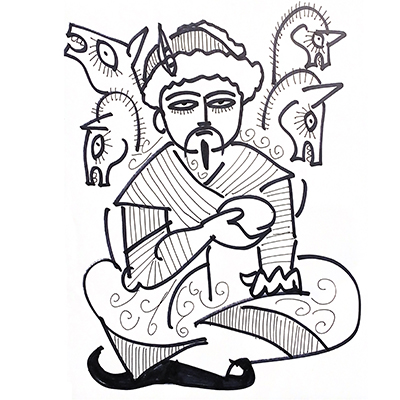 China today has a very problematic relationship with two provinces on its west. To the Northwest is Xinjiang, home of Uighur Muslims. To its Southwest is Tibet, home of Vajrayana Buddhism. In both these provinces, there are beliefs in forces that are greater than the state. In China, traditionally, nothing is greater than the state. In ancient times, state was embodied by the Emperor in the Forbidden City seated on the Dragon Throne. In modern times, the state is represented by the Communist People’s Party. Everyone has to submit to the state in an ideal Chinese society. But Muslims and Buddhists can disagree, which makes them a problem.

Before the 13th Century, these provinces were not considered part of Chinese territory. In the 13th Century, the Mongols rose from Mongolia, north of mainland China, and spread across this region of Central Asia. They brought the Muslim and Buddhist regions into prominence and within the Chinese fold. It is during the rule of the Mongol Emperor Kublai Khan, that the idea of Xinjiang and Tibet as part of China emerged, though Chinese nationalists will deny this history, as is expected of nationalists everywhere.

The Mongols believed in the great god of the sky that is everywhere, the wind the blow unhindered, and many minor gods associated with the land. All their gods were associated with the landscape of Mongolia. Thus, it could not be a proselytising religion, unlike Islam and Buddhism where the idea of prophet and teacher was greater than the geography. Thus you could convert to Islam and Buddhism, but not to Mongolism, if one can use this word. You could become Chinese by submitting to the cult of the emperor and the state and adopting all trappings of Sinification, something that was encouraged by the Chinese but resisted by borderland kingdoms such as Vietnam.

Genghis Khan was very clear that people should follow their own fate and he was perfectly fine with it. To prevent uprisings, he would transplant people from one part of his empire to the other. So people from the North were taken to the south and from the east into the West. While this move was politically astute, it also created a new economy and exchange of ideas on an unprecedented scale. People migrating to different parts of the world brought new ideas and technology to different parts of the world. They began innovating new ideas. That became the great contribution of the Mongols. This was despite the fact that they destroyed the early Islamic Caliphate, and threatened the Christian Roman Empire. They were also responsible for the spread of the black plague in the 13th Century.

It so happened that in the centuries that followed Mongol rule, the Mongol community was filled with talented people. Unfortunately, to rise up the Mongol ranks, you needed to be part of the bloodline of Genghis Khan. So an ambitious Mongol could not rise in the Mongol ranks, unless he was part of the Khan family. Or he married into it, like Taimur, who in late 14th Century, gained much power and many followers as the son-in-law of the Khan.

What about the Mongol who was neither a Khan’s son nor married to the Khan’s daughters? How did he become king? This is when Islam and Buddhism came to rescue. If a warlord could get the Friday prayers at the mosque recited in his name, he effectively became guardian of the Muslim faith, favoured by God himself. Likewise, if a warlord declared himself as the protector of Buddhist monasteries, and dhamma, he would declare himself king, even be seen as a form of Bodhisattva on earth.. These ideas are the reason why many non-Khan but talented Mongols converted to Islam, and Buddhism. It was not really an affiliation or love for the religion but the political possibilities offered by Islam and Buddhism, that made many Mongols change their religion over time. Of course, we can argue that the sophisticated ideas of Islam and Buddhism played a key role and not just material ambitions. But this spiritual argument does not explain why over time, the eastern and southern half of the Mongol Empire became Buddhist and the western half became Muslim. Further west, towards Russia, Christianity was favoured. As per one story, Islam lost because the Russian kings realised Islam frowned on the consumption of the intoxicant vodka. Only the extreme north, the heartland of Mongolia, remained pagan.

It is the Islamic branch of the Mongols, with links to Timur and Genghis Khan, that gave rise to the Mughals who finally came to India. Since Akbar had Mongol blood, for him religion was merely a tool to control his empire. He used religion astutely to become a powerful king, bowing to Sufis when convenient, marrying Rajput princesses when convenient. When religion did not serve his purpose, he kept it at bay by making people argue with each other in religious discourses in his court. It was a very clever way of balancing power. He also claimed that he was creating his own school of thought, his own school of religion, called Din-e-Ilahi. These were all techniques by which he was keeping the religious forces at bay and balancing. Akbar was unlike the earlier Delhi Sultans who stayed away from local native people and preferred kinship ties with Turks, Afghan and Persians. Because the Mughals collaborated with the Rajputs, they were among the most successful people to migrate to India and control a vast empire.