What exactly is the Manusmriti? 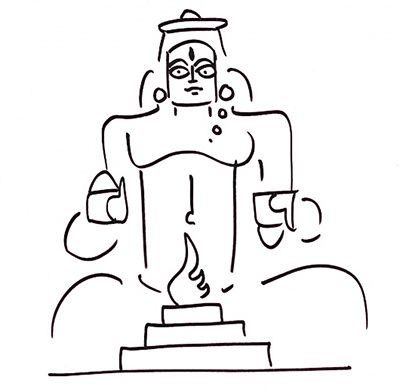 Manusmriti is usually traslated as “code of Manu”, but it literally means “reflections of Manu”. It presents itself as a document that compiles and organises the code of conduct for human society.

It came into being roughly 1,800 years ago, around the period that saw yagna-based Vedic Hinduism transform into temple-based Puranic Hinduism.

Many assume Mansumriti to be the law book of Hindus, something like the Sharia is for Muslims, or the Church Dogma for Catholic Christians, or the Constitution of India. It is not.

Manusmriti is a code of conduct put together by brahmins, mainly for brahmins, and maybe for other “upper” caste communities, especially the king. It is part of a set of documents known as dharma-shastras.

Unlike Vedas, which are called shruti, that which is heard, and considered timeless divine revelations, Manusmriti or Manava-dharma-shastra, is a smriti (that which is recollected): the work of man, subject to change with time (kala), place (sthan) and participants (patra).

Hindus believe that to make life meaningful (purusha-artha), we have to pursue four goals simultaneously: be socially responsible (dharma), generate and distribute wealth (artha), indulge in pleasure (kama) and don’t get to attached to anything (moksha).

Manusmriti was never dogma for all Hindus, but a code for brahmins.
Knowledge related to each of these four pursuits when organised is called shastra. Thus we have dharma-shastra, artha-shastra, kama-shastra, and moksha-shastra.

The compilation of these shastras by brahmins began roughly during the reign of the Mauryan emperors. Initially, they were composed as prose and, to aid memorisation, sentences were short and terse. These were the sutras. Later, prose gave way to poetry (shloka).

Note the word compiled, as these scholars always acknowledged they were part of a larger and older tradition, and their knowledge had its origins outside them – in the Vedas.

Manusmriti was composed roughly around 200 CE (Common Era). We know this because it refers to Saka (North West tribes) and Cheen (China) who established contact with India around this time.

It also refers to gold coins which, as per archaeological evidence, were first used around this period. And it is referred to in texts composed around the time, like the Kamasutra.

Manusmriti is unique amongst dharma-shastras as it presents itself like a holy text, a purana, beginning with the origin of the world, the origin of the four communities (varna), the law for the four communities, managing adversities, transgressions, and finally the two great conclusions of human life – obtaining fruits of this life’s actions in the next birth or liberating oneself from the cycle of birth and death.

Most commentaries on dharma-shastras use Manusmriti as the code book. The content is traced back to the Vedas, and to the customs and practices of those who know the Vedas.

Manusmriti aligns with the Vedic view that society is composed of four kinds of communities – those who know the Vedas (brahmins), those who govern the land (kshatriyas), those who trade (vaishyas) and those who serve (shudra). Typically, dharma-shastras give greater value to the code of brahmins than to the code of kshatriyas. Statecraft is elaborated in artha-shastra. However, Manusmriti gives almost equal value to the code of brahmins and the code of kshatriyas, effectively making artha-shastra a part of dharma-shastra. So while earlier dharma-shastras were interested in regulating conduct of brahmins mainly, Manusmriti is also interested in regulating conduct of kshatriyas too.
Of the nearly 2,500 verses, more than a thousand are for brahmins, more than a thousand for kings, statecraft and governance, only eight for vaishyas and two for shudras. Clearly, the focus is not the entire society, but the brahmins, and their relationship with the kings.

This strategy ensured success and significance for brahmins, despite the rise of Buddhism and Jainism. The trend prevailed over time, even during the Mughal era, right down to brahmin domination of bureaucracy during the British Raj and even post Independence.

Manusmriti was one of the many dharmashastras, and it was not much in use as India came to be increasingly governed by Muslim rulers, such as the Sultans of Delhi and the Deccan and Bengal. When the British East India Company took over the governance of India from the Mughals, they compiled law for managing their subjects.

For Muslims, they accepted the then prevalent Sharia, but for Hindus, they had nothing. So they resurrected Manusmriti and saw it as the Hindu law book, which was never its intention. This made Manusmriti famous throughout the world. Until this time, the status of women and castes in Indian society was rather fluid, varying as per regional contexts. But the British fixed it. This fixing of India’s fluid traditions eventually contributed to the “divide and rule” policy of the British, and in “vote bank” politics after Independence.

In the 19th century, many Europeans celebrated it for affirming life, and they saw Manu in opposition to the world denying monastic Buddha, who was also becoming popular in 19th century Europe as a noble sage. Recommended reading in the 19th century for the educated included passages from Manusmriti.

In the 20th century, things had changed. As caste became an important political issue, Manu was seen as having institutionalised the caste system, and Buddha as having rejected it. Manusmriti was then seen as the source of India’s inequalities leading to many acts of public burning of the books.

Manusmriti was written at a time when, according to genetic studies, caste groups became increasingly endogamous with strict rules against inter-caste marriage (even today less than 10 per cent of marriages in India are inter-caste). This means that caste as an institution, prohibiting inter-caste marriage, became rather rigid roughly 2,000 years ago. But this did not happen because of the Manusmriti.

Manusmriti was never the source of what is it accused of. It was merely documenting an already prevalent social practice. It was never dogma for all Hindus, but a code for brahmins. Perhaps, it would have been forgotten, lost in libraries, meant for specialist scholars only, had the British not resurrected it as an instrument to help them rule their colony.