What Alexander the Great learnt from a Hindu ascetic 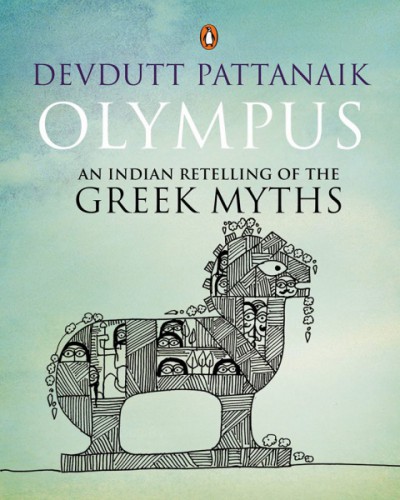 As the stories came to an end, the gymnosophist smiled. “Such wonderful stories. Of heroes who go on adventures, kill monsters, rescue damsels, and eventually return home, or establish new cities. What about you, Alexander? You have killed monsters and rescued damsels. Do you wish to go home now, or create a new home?”

“Olympus it shall be for me,” Alexander replied. “Onward I shall go . . . To the edge of the world, where no man has gone before, and there I shall earn the love of the gods. But I fear that my life will end as it did for Theseus and Oedipus and Heracles and Jason and Achilles and Agamemnon – in tragedy.”

“So it has been before. So it will be again.”

“What do you mean?” asked Alexander.

“Every hero thinks his path is unique and original. Tragedy is discovering that all paths have existed before. This land you are about to enter is named after Bharat, a great king, who conquered the world and then climbed the tallest mountain in the world to hoist his flag and declare to the world his great achievement. But on reaching the peak he found there hundreds of flags, of kings before him, each one assuming he had conquered the world.”

“I have never heard of this Bharat. Are you saying he conquered the world before me? When? Why have I never heard of him? I don’t believe you. I don’t think this Bharat existed,” Alexander argued, his temper rising.

“You have never seen Olympus. Yet you believe that Olympus exists. You and I, we believe in different things.”

“That’s not true. We are not so different. We believe in the same things. Like Olympus, don’t your people also speak of a city of gods where heroes are entertained? And of a place of punishment and suffering, after death, like Tartarus?”

“Swarga! Naraka! You are right. You have indeed heard much. But not all,” said the gymnosophist calmly.

“In Swarga, one’s hunger is indulged. In Naraka, one experiences eternal hunger. But then there is Kailasa, the abode of Shiva, where one outgrows hunger. And finally, there is Vaikuntha, where attention is paid to other people’s hunger. Different heavens for different lives.”

“Great feats grant us a place in Elysium. What takes you to Kailasa and Vaikuntha?” asked Alexander, curious.

The sky turned golden, and a hundred green parrots descended on nearby trees. Alexander did not respond for some time, distressed by what he was hearing. Did achievement not matter at all?

The leader of the Greeks finally spoke. “Action, I feel, matters more than understanding. I still don’t believe our worlds are as different as you claim they are. Surely Vishnu on his eagle is like Zeus, as is the thunderbolt-wielding Indra, and Shiva who dances wildly is like Bacchus, and Krishna who fights the bulls and lions and multi-headed snakes is Heracles. Surely Kartikeya is your Ares, and Kama your Eros.”

“You look at the flesh, not beyond, at the literal meaning of the word, not its metaphor.” “Don’t you want to change the world – make it a better place?” asked Alexander.

“What is better for you may not be better for me. Why do you presume to know my needs? Every plant is different. Every animal is different. Every human being is different. Our worlds are different. You see your world as chaotic and so strive for order. I see my world in a flux, like the sea, changing endlessly, maybe not at my pace, or to my will, but always changing. You wish to control change, because you are convinced you can. I don’t wish to control this changing world, because I know I can’t,” said the gymnosophist.

“The point of life is to be remembered for our extraordinary deeds,” insisted Alexander.

“I will be remembered forever, till the end of time,” roared the mighty Greek warrior.

The gymnosophist shook his head this way and that with a smile, annoying Alexander who asked, “Why are you bobbing your head that way?”

“It’s the Indian headshake. It means you are probably right, or probably wrong. Who knows? Varuna has but a thousand eyes, Indra a hundred, you and I only two.”

Alexander, who found comfort in certainty, did not like the answer. He walked away, determined to inspire his army and take them further east. But Alexander’s men had other plans. They were tired, restless and wanted to go home. “Then by a different route! We shall not retrace our steps,” insisted Alexander, when he finally conceded. And thus the great Greek army sailed down the River Sindhu to the sea and then along the coast back to Babylon, from where they would make the journey to Greece.

As he moved down the river and along the coast, Alexander thought of the Styx and Vaitarni. One which you cross only once, and another which you keep crossing again and again. Was his life predetermined by karma, or by the Fates, or by the gods, or was it a consequence of his own hubris? Would he return again?

As they pressed onwards, Alexander’s beloved friend and companion, Hephastion, died of fever. Alexander wept for days. A huge bonfire was lit to cremate his body. The flames touched the skies. “Will I meet him in Elysium? Will I be alone in Olympus? Will we return here again, as birds or kings, always together like Achilles and Patroclus?” he wondered.

Alone on his throne, surrounded by angry Greeks who refused to bow to him, and confused Persians who wanted to bow to him, the great student of Aristotle felt like the Greek heroes, despondent after an adventure. Was this it? Yet another frontier, yet another edge of the world, yet another war? Would he, like Icarus and Phaeton and Bellerophon, be cast down to earth for daring to rise up to the sky? Or would he be carried up, with his beloved like the Discouri, or alone like Heracles, Ganymede and Odysseus? Why did he not feel in control?

Slowly, as the sun rose, Alexander realised that no matter how much he wanted to determine the course of his life, the world often took decisions for him. He had conquered the world, almost. And the world had conquered him, almost. Alexander shook his head this way and that, imitating the gymnosophist, and smiled.

(Reprinted with the publisher’s permission.)