Was The Buddha Nepalese? 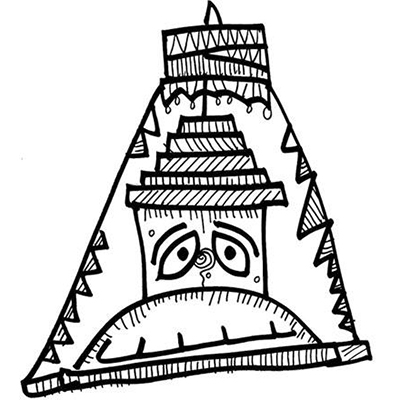 Sundar Pichai is the CEO of Alphabet and its subsidiary Google, and has achieved great global success. We, Indians, want to identify him as Indian, although his entire achievement has been in America. Freddy Mercury was born in India, and denied his Indian roots all his life. But, Indians would like to believe that he was Indian. Yet, when the Nepalese insist that the Buddha was Nepalese, because he was born in Nepal, many Indians get upset. They argue that Buddha achieved his enlightenment in Bodhgaya. His first lecture was in Sarnath. He died in Kushi Nagar. All three are located in the Gangetic plains, within the borders of India. This makes him Indian and not Nepalese.

The problem is that, when the Buddha lived, these political boundaries did not exist. People living then would have, at best, used words like Aryavarta and Jambudvipa, to refer to the lands he lived in. But, we live in modern times, where borders decide and split cultural connectivity. Today, with tensions between Nepal and India, it is clear that these conversations are more political than genuine.

Politicians and activists know that the easiest way to put someone on a defensive mode is by declaring them to be usurpers. For example, Hindutva declares that all Muslims are usurpers of Hindu land, and all mosques are built on actual Hindu temples. This strategy has been used before. Many tribal and Dalit communities insist that Brahmins have usurped their wealth, property and social status, over generations. They believe it is now time to repay them back via the reservation policy.

Jayadeva, who wrote the Geet Govind, is claimed by Bengalis though it is quite known that he probably lived in the vicinity of the Jagannath Temple, near the sea, where he composed the Geet Govind. More importantly, Krishna culture went to Bengal much later, with Chaitanaya Mahaprabhu, who lived 300 years later. Even Chaitanya Mahaprabhu is claimed as Bengali. Yes, he was born in Bengal. But most of his life, he lived in Puri and Vrindavan, and not in his native hometown. Was Krishnadeva Raya who ruled much of South India in the 15th century from Tulu Nadu, Karnataka or Andhra? Similarly, Adi Shankaracharya was born in Kaladi, Kerala. But, he completed his education in Omkareshwar, in Madhya Pradesh. He became known as the great debater in the Gangetic plains. He achieved his greatest feats in the Himalayan regions of Kedarnath and Kashmir. So, how do we see him? As an Indian? Or as a Keralite? Is Rani Lakshmibai to be seen as Maharashtrian or from Jhansi?