Was Ram Born In Ayodhya? 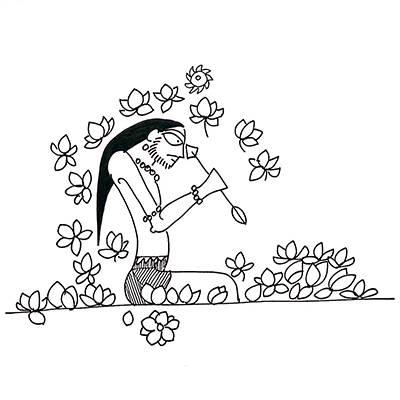 Devdutt Pattanaik, the author of The Book of Ram, answers some commonly asked questions.

♦ Was Ram actually born in Ayodhya?
Hindus believe he was, just as Muslims believe Mecca is where Adam and Eve (Hawa) met after they were cast out of Eden, and Christians believe Jerusalem is where Christ showed himself after he rose from the dead. No historian can ratify these ideas.

♦ Is Ram fact or fiction?
That is like asking if God is fact or fiction. To be a fact, we need verifiable evidence, measurement. No historian sees God as a historical fact, yet Muslims insist his word was conveyed to humanity through angels and messengers, and the Pope will insist he is guided by God. To say God is fiction is blasphemy. You could be killed in some Islamic republics. Blasphemy laws, incidentally, inspired the concept of sedition in secular nation states. We need to step out of the need for facts when talking about articles of faith. Ram is an article of faith. Human rights is also an article of faith. Notions of justice, equality and property are all articles of faith; social constructs not natural phenomena. Scientists and historians mock faith as imagination and fantasy, and this is why the religious lobby is at loggerheads with them, determined to invalidate their ideas or neutralise their power. We forget history is created not by facts but by propaganda.

♦ When was Ram born?
Some say Ram is timeless. Some say Ram was born 7,000 years ago, in the pre-Bronze Age, which is Stone Age as per historians, but for many it was a period of a fabulous Indian culture, one that the world’s archaeologists have yet to discover. Until they do, it remains a matter of faith. We do not get any information of Ram from Vedas, or Upanishads. Our earliest source is the Valmiki Ramayana. Ram’s story, slightly different from Valmiki’s narrative, is told by sages to Pandavas in the Mahabharata too, confirming that Ram lived long before Krishna. But when exactly, we aren’t sure.

♦ How old is the Valmiki Ramayana then?
Tamil Sangam literature, which is about 2,000 years old, has references to Ram’s tale. The Valmiki Ramayana inspired many Sanskrit works like Kalidasa’s Raghuvamsaabout 1,500 years ago, a Tamil retelling by Kamban 1,000 years ago, followed by Odia, Bengali, Telugu, Kannada and Assamese versions some 600 years ago. Tulsi’s Awadhi Ramayana was written 500 years ago. All these Ramayanas accept Valmiki as the original author. But they also say that there is a Ramayanain every kalpa (life-cycle of the world), so Ramayana is narrated again and again endlessly. There are stories of Sita hearing Ramayana when she was a child, and Shiva telling the story of Ram to Shakti on Mount Kailash. We know that Valmiki was a contemporary of Ram, but his tale was narrated orally first by Ram’s sons Luv and Kush. The Valmiki Ramayana we have now is in the written form. There were many manuscripts found across India that claimed to be the Valmiki Ramayana. These were collected in the 19th century. Scholars found many variations between them. MS University Baroda created the ‘critical edition’ of the text between 1951 and 1975 after many years of research, involving many scholars, who went through over 300 manuscripts. This edition was referred to by Ramanand Sagar for his series on Doordarshan in 1987. They discovered Ramayana does not mention ‘Lakshman Rekha’. They noticed the language used in these manuscripts is Classical Sanskrit, which is different from Vedic Sanskrit, as it follows the grammar of Panini. Panini lived around the time of the Buddha, and so Classical Sanskrit, and these manuscripts are less than 2,500 years old. Of this, historians are sure. Based on language and content analysis, the manuscripts were composed between 300 BCE to 300 CE, approximately the same period when Mahabharata reached its final written form. For example, both epics refer to Yavanas (Greeks) who entered India during the Mauryan rule. This is also the period when Arthashastra and Manusmriti were written – but neither mentions Ram. Dharma, the code of social conduct, is a prominent theme in Ramayana and Mahabharata, Arthashastra and Manusmriti, but not in Vedas. The stories (or events) described in Valmiki Ramayana, and Mahabharata, are much older, of course, but no one knows how much older. In Jain chronicles, which were written around 500 CE, refer to ancient tales to say that Ram, or Padma as was he called then, lived at the time of the 20th Tirthankara Munisuvrat, who lived in 1,184,980 BCE, a date that is again a matter of faith, not fact. Archaeologists say that Vedic culture thrived on the banks of the Ganga around 1000 BCE, based on pottery found there. In Bhagpat, Uttar Pradesh, they have found a burial site with copper weapons and a wagon/cart, dated to 2000 BCE. But in Ramayana, Ram’s father is cremated in keeping with Vedic practice. Burial, as per historians, was a pre-Vedic practice. The earliest epigraphic evidence related to Vedas is found in Turkey in the Mittani inscriptions that mention Vedic gods such as Indra and Varuna, dating back to 1300 BCE. Any information about Ram from before this period remains argument-based not evidence-based.

♦ Did Ram build Ram Setu to Lanka?
As of now, this too is a matter of faith, not fact. Most scientists see the bridge connecting India and Sri Lanka as a natural formation, not an artificial construction. Ashokan Edicts which are 2,300 years old were the first to mention South Indian kingdoms ruled by Chera, Pandya and Chola. Ashoka is said to have sent Buddhist monks to Sri Lanka. Sri Lankan chronicles Mahavamsa and Dipavamsa, composed in Pali in 500 BCE, state the island was inhabited by yakkas (yakshas) who were visited by the Buddha long ago. Their queen Kuveni married a prince named Vijaya who came from India, probably Odisha. It does not refer to Ram or Ram Setu. TheLankavatara Sutra, a Buddhist Mahayana text written in Sanskrit, dated to 300 CE, refers to a conversation between the Buddha and Ravana, king of Lanka. They do not mention Ram or Ram Setu. Muslims believe Adam landed in Sri Lanka after he was cast out of Eden, but this is again a matter of faith, not fact.

♦ Could Ram have predated the Harappan civilisation?
All we can say is that there is no evidence of horse-drawn chariots in the Harappan civilisation that thrived between 2500 BCE and 1900 BCE. In fact, horse-drawn war chariots were first used across the world after 1500 BCE. Since Ram sat on a chariot when he was leaving for the forest, some can argue the story (or the event) could have happened only after 1500 BCE. But such arguments can always be silenced by the preBronze age Indian culture theory.