Was Harappan civilisation Vedic, or Hindu? 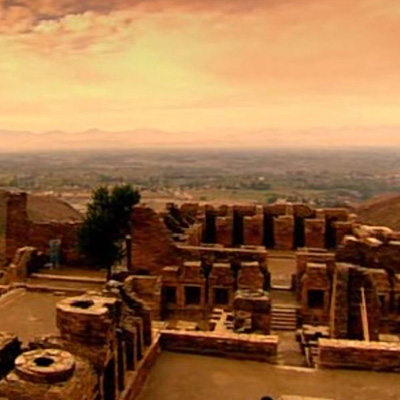 This is an extremely tough question to answer as it depends on what you consider Harappan, Hindu and Vedic. Different people have different ways of classifying the same set of information.

Here is my classification system, following which is my answer. Much of the answer is speculative as this ancient period is full of contentious data and contentious interpretations, often shaped by strong political ideologies.

The Harappan civilisation was an urban brick city civilisation that thrived across much of North West India between 5,000 and 4,000 years ago on the banks of the river Indus, and now dry Saraswati, and their tributaries. Scholars often describe this as a civilisation of “cities without language”.

The Vedic civilisation thrived in the Gangetic plains 3,000 years ago, for which we have little archaeological evidence such as pottery, and a vast corpus of literature known as Vedas containing hymns dedicated to fire, and to a whole range of celestial gods. Scholars often describe this as a civilisation of “language without cities”.

Hinduism is an umbrella term for a system of faiths that emerged in the Indian subcontinent organically over the past 5,000 years that accommodates a whole variety of local traditions thanks to an overarching framework of ideas that can be traced to the Vedas. However, like a river with many tributaries, Hinduism has many sources, not just Vedic, but also Harappan.

Scholars who do not cling to any ideology shun such extreme opinions. Among them, there seems to be a general consensus that a proto-Indo-European language/people entered India 3,500 years ago via Iran from Eurasia, and mingled with the local population, which included people who still followed some beliefs and practices of the Harappan civilisation, as well as other tribes. This gave rise to the Vedic civilisation! So yes, urban Harappan civilisation that knew no horses and nomadic Indo-European tribes that were obsessed with horses are different, separated by time. But no, Vedic civilisation was not alien; it was shaped by many local ideas and not just Indo-European ones. The Vedas have over 500 words that are non-Indo-European. These may have come from other linguistic groups such as Dravidian, or Munda. The word “dharma”, for example, is exclusively of Indian origin, emerging around the Indus valley before the Vedic civilisation moved eastwards and settled in the Ganetic plains.

While there is relative certainty that the much older Harappan civilisation was not Vedic civilisation, there is increasing evidence that by the time Vedic civilisation established itself in the Gangetic plains, it was influenced by Harappan ideas and practices. These ideas include: use of complex fire altars, ritual bathing, worship of stellar asterisms (nakshatras, such as Krittika), and filtering of soma juice. At the same time, we find in Harappan seals images that are were not part of early Vedic religion, but are very much part of later Hindu traditions: the pipal tree, the meditating yogi, seven women (goddesses?) in a cluster, and the swastika.

Hinduism today incorporates many more ideas, besides Harappan and Vedic. Other tributaries are Greek, Hun, Gujjar, Chinese, Central Asia, Arabic and eventually European. Over time, there were divisions and unions of various ideas, various schools of thought that came and went. But even today we can trace modern Vedantic traditions to fire-based, masculine monastic ideals of Vedic scriptures, and modern Tantrik traditions to water-based, feminine fertility ideals of Harappan cities.