View: Why Indians do not innovate 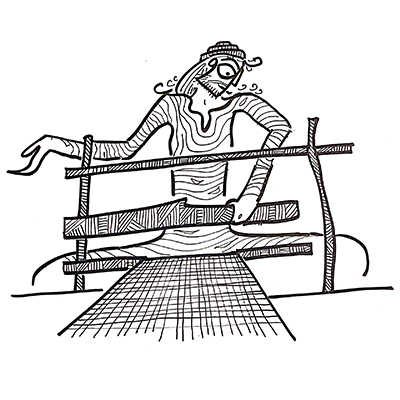 Published on 4th April, 2020, in the Economic Times

Despite being highly creative, there are two reasons why Indians did not, and do not, innovate beyond the idea of ‘jugaad’ – contextual improvisations born of limitations that are generally not scalable. The first is caste (jati), and the second is the doctrine of contentment (santosh).

A designer recently commented that Indian industrialists are not actual industrialists; they are traders. He explained that a trader focuses on profit. He does not invent new things. An industrialist invents new things. It was the industrialists who transformed the agricultural economy into an industrial economy by taking advantage of scientific principles in the 19th century. A new world order was created which was then imported by traders in India. These were entrepreneurial traders who set up factories in Calcutta and Bombay and earned their fortunes. India thus ‘copied’ the Industrial revolution; it did not organically emerge here.

The same continues in the digital economy. We continue to ‘copy’ ideas which emerged in Europe and America and apply it to India. China, on the other hand, learnt its lesson from its failure during the industrial era. And it began by mimicking the West in the 1970s and now contributes to the industrial and digital economy offering new ideas as innovation. Yet, its power despite its vast ambitions, remains restricted by its closed “digital firewall” policy.

The ‘manufacturing’ castes of India associated with inventions were the weavers, potters, metalsmiths, carpenters. Innovations related to weaving such as loom, weaves and colour fixer made Indian fabric globally famous. These were passed on, from family to family, within weaver guilds, and were closely guarded secrets. Inter-caste marriage was avoided because one did not want the patented knowledge of the family to slip out.

Restricting knowledge to the family had its negative fall outs. For example, the architectural ‘true arch’ was known in Mauryan times, and the ‘jal-yantra’ (water wheel for irrigating fields) was known in Gupta times, however it did not spread throughout India. Both these spread only after the arrival of Muslim warlords from Central Asia in 13th century.

The ‘traders’ merely dealt with logistics and exchange of goods. They also were money-lenders to kings. So early banks. It was this banker-merchant who became India’s industrial manufacturer and distributer. While he imitated the West in building factories, and relied on caste skills when it came to distribution and trade, he did not actually innovate. He did not have the caste/family background of innovating which was with manufacturing communities.

Jain and Chettiar communities were commodity traders, financiers and eventually industrialists and entrepreneurs, but they copied the industry part.

When writing became famous, some priests became scribes and book-keepers. These ‘lesser’ Brahmins became the courtier caste of Kayastha who served kings. Major innovations of bookkeeping that the Marwari community had, did not spread to the world. Instead, India adopted the Western systems that were actively spread through education systems, not locked within family units.

The second great reason why Indians do not innovate is the doctrine of contentment or santosha. Innovation demands that we are constantly improving, constantly trying to do better, not being satisfied with what we have. So every software and hardware in digital economy is constantly upgrading itself. Every product and service is constantly trying to become more effective and more efficient. This obsessive relentless self-improvement goes against the idea of being content. Being happy with what you have. This is why, despite being exposed to science, Indians still value old customs, rituals and practices, that celebrate not ambition and restless spirit, but equanimity and tranquillity.