View: Understanding Economies and Their Role In Rendering Old Models Of Caste Irrelevant 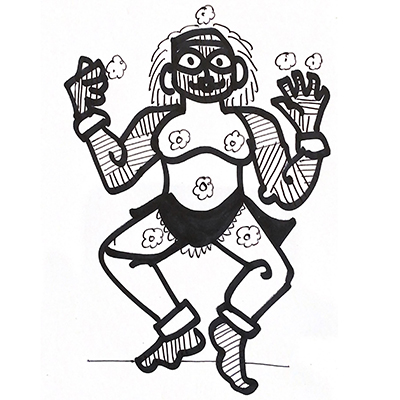 Caste (jati) is how resources and respect was inherited and distributed in traditional Indian society. The distribution pattern varied across India. The thousands of jatis were classified neatly into a four-fold varna framework found in the Vedas.

The four varnas are brahmins, kshatriyas, vaishyas and shudras. The meanings of these four terms have changed over time. In popular imagination, brahmins are visualized as priests, kshatriyas as warriors, vaishyas as traders and shudras as servants. But the reality is not so simple. For many brahmins were bureaucrats, warriors and landlords, having disproportionately more income and respect than others. Amongst brahmins, there were temple priests who had greater respect, though often lesser income, than priests involved in cremation rites.

While Brahmins insist this division was god-given, the organisation is clearly economic and political, meant to grant Brahmins, who wrote these scriptures, special privilege such as tax-free lands and exemption from capital punishment.

The early Vedic period was a pastoral economy. This means people’s wealth was based on the number of cows they had. And so, kshatriyas were people who fought over cows. The Vedic word for a war is a battle over cows. Kings were celebrated for donating cows to brahmins. Who actually herded the cows, and milked it? Was it the owner Brahmin/Kshatriya or the Vaishya/Shudra? No one is sure.

Later, in the post-Vedic period, as the agricultural economy evolved, land became the primary source of wealth. Land was referred to metaphorically as the cow. So, doing godaan was not the act of giving a cow, it was actually the act of giving land. Those who owned the land became the dominant members of society. The Sanskrit word for land is kshetra. So, kshatriyas now became landowners. Through land grants they gave land to temples, monasteries, and priests. Later land was given to courtiers as lieu of payment. This led to the rise of the feudal system. It was difficult to know who owned the land, who tilled the land, who had rights over the harvest, and who collected the taxes. This complex relationship with land created complicated caste hierarchies across India, with different power structures depending on fertility and irrigation of the land.

Besides herding and agriculture, the other source of income was the market. Those who controlled the market were the vaishyas. Now, both Brahmin priests and Buddhist monks competed for patronage from land-based, as well as market-based economies. The brahmins were successful with the land-based economies controlled by kings. This was because brahmins provided various statecraft services such as tax-collection, and helped kings consolidate their hold over lands. In contrast, the Buddhist monks were more successful with trading communities, which is why Buddhist art is found along trade routes and sea-ports. This explains the Buddhist influence along the Silk Route in the north and in the islands of South East Asia.

The market-based economy became weak after the collapse of the Roman Empire, and the simultaneous rise of the brahmanical claim that one loses caste when one crosses the sea. International trade was outsourced to Arabs. Traders and money lenders became regional power, subservient to landowners. Rather than support Brahmins, most mercantile communities in India preferred to serve Jain monks.

The service providers fell into the category of shudras and they were further classified on the basis of purity. So the potter, carpenter and weaver were segregated into ‘purer’ vocations than those who were involved in the work of managing crematoriums and refuse. Thus, the fourth group was divided into two groups. Those involved in pure vocations and those involved in impure vocations. The latter were subjected to the dehumanizing practice of untouchability, that political Hindutva strives hard to ignore.

When we approach caste through this economic lens, we realize the entire caste system survived in a pre-industrial pastoral and agricultural ecosystem. The European rulers of India did not care too much about caste, but they cared a lot about religion. Their educational institutions were available to all – disturbing the traditional market for clerks. Soldiers were recruited on the basis of caste, but this changed after the 1857 mutiny. With the rise of industries, there was a merit-based market for labour, for service, skills and knowledge. Owning cows and land is no longer as lucrative. Cowherds and landowners, and temple priests, do not have the status they once did. People, providing services such as banking, infrastructure, logistics, technology industries, managing data and knowledge, are becoming the more powerful members of the community.

Where do we locate contemporary service providers? By traditional classifications they are the shudras? Does the old varna system still hold? We must understand the transformation of economies and ergo, its role in rendering old models of caste irrelevant, except in identity politics.