View: The Idea that People Are Driven by Economic Realities Is a Flawed Argument 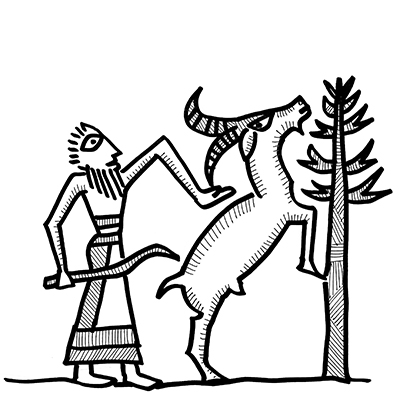 A Hindu temple is often called Deul. This is derived from the world Deva-kula, or the divine family. The land attached to the temple was called Deva-bhoga. That produce of this land would be used to provide resources for the temple. This land would include fields, orchards, gardens and pastures. On this pasture would graze cows, sheep, goats. People would be required to work on the various agricultural and herding activities. The cotton from fields would be used by weavers to produce cloth. The oilseeds would be used to make oil. The food would be used to feed the carpenters, masons, artists, dancers, musicians. A whole economic ecosystem would exist around the temple. These were India’s first institutions. Power rested with the god embodied in wood or stone or metal. The king declared himself as viceroy of the temple deity. Thus no human was in charge. Everyone functioned on behalf of the deity. Thus religion played a key role in shaping the economics and politics of the land. You cannot separate Hindu economic and political history from Hindu religious practices.

We have been conditioned, since the 19th Century, to separate religion, politics and economics. This is usually the result of Marxist thinking, which sees religion as the opium of people, and money and power as central to human culture. Here, the whole purpose of religion is to corner wealth and power for a few, rather than the force that mobilizes wealth and power itself.

In the ancient world, in the Bronze Age, historians have discovered trading networks across the world. Lapis Lazuli from Afghanistan, would be brought to the cities in the Indus Valley. The workshops therein would turn them into fine beads. Carnelian from Northern Maharashtra would be turned into fine beads. Conch-shells from the Arabian sea would turn into bangles in the workshops of the Indus. These turquoise and carnelian beeds, and shell bangles, along with dyed cotton cloth, would be taken by ship along the Makran coast, up the Persian Gulf to southern Iran. Here, the kings of Akkad would receive them. Similar luxury goods have travelled from Mesopotamia to Lavon, and then to Egypt. They would reach even Anatolia or the region associated with Troy.

In all these places, people assumed these goods were luxury goods, used by the elite. So timber would travel from Lebanon. Lapis lazuli from Afghanistan. Copper from the Arravalis. Tin from Anatolia. All for the rich and powerful. But that is not the case.

Scholars are now seeing they were not just used by the elite of the regions to which they were sent. These were used for religious cults. So the gods of Egypt and Mesopotamia were linked to these rare objects found in faraway lands. These would come through a series of intermediaries over long periods of time. Thus, they were extremely rare. In the Bronze Age, people assumed bronze was being used as the metal of choice because it was harder than copper. However, later evidence shows that the bronze was used purely as a strategic product linked to the gods. Therefore, it was special and locked and hoarded in temples. It became part of rituals and never in common circulation. This gave the gods a special power, for they had access to materials from faraway lands, that was out of the reach of common people. Those who pleased the gods, fetched them rare goods from faraway lands, obtained the favour of the gods and hence power over people. People were motivated to make gods happy and this motivation led to exploration of new lands and goods, and trade and the many innovations that enabled travel. To please the gods, musicians came up with new forms of music, dancers with refined dance, and travellers and traders with new goods. The hunger of the gods captured the hunger of a people for a more refined civilisation with vast trading partners in faraway lands.

Thus, economic power supported political power through religious cults. The idea of religion playing an important role in politics and economics is very visible today. As one can see how the Indian nation uses voting patterns, based not on economic and political choices, but on religious affiliations. Increasingly, we are seeing how the building of temples in Kashi and Ayodhya impact the elections. This, in turn, impacts the economic policies of the land. Even if the economic policies seem unsound, people continue to vote for policies based on religious practices. Therefore, the idea that people are driven by economic realities is a flawed argument. Humans are drawn by religious aspects because it is from religion that our identity is derived. This, in turn, gives rise to political power which shapes our economic destiny.