View: The Beginning and End of Using Religion 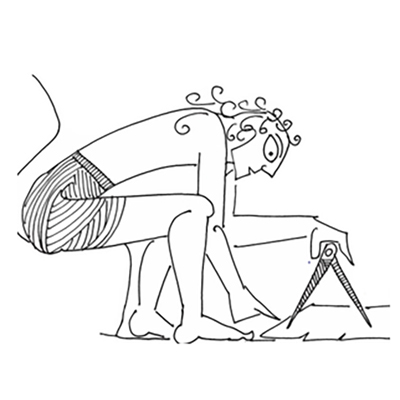 Published on 6th February, 2021, in The Economic Times.

When the Romans went about conquering, they did not destroy local temples or reject local gods. They simply demanded that those conquered owed libations to the Roman emperor, while carrying on with their own religious practices, to show their allegiance to Rome.

They even tolerated the Jewish people, who refused to worship the Emperor. But they did not tolerate the Christians, a new faith, with a new idea – evangelism. The apostles of Christianity were spreading the ‘good word’ and asking people to follow their prescribed way if they sought Heaven in the afterlife. This was a serious political threat.

History books encourage us to see Romans as conquerors, as brute oppressors and hedonists, but not as tolerant rulers, who allowed religious plurality. Why? Because it justified the rise of Christianity against a tyrant, a template established by Moses who rebelled against the Egyptian pharaoh and established the Promised Land of Israel.

Christianity successfully conquered the Roman Empire without bloodshed, when Emperor Constantine, having moved out of Rome to Byzantium, converted to the faith on his death bed in the 4th century CE. He did this to prevent his empire from disintegrating, following rivalry on the inside, and the onslaught of barbarians from the outside. This was the first time that religion was used as a political tool to bind an empire together.

The message of Jesus Christ was based on loving your neighbour (even Roman ones) as yourself. It is very different from the martial vision of the Revelation, purportedly written by the Apostle John, a century after Jesus had died, which became an integral part of Christian Lore. The Revelation states that Babylon (metaphor for Rome) is where the Devil resides, whom Jesus will defeat in a Final Battle, the Apocalypse, before leading the faithful in Rapture to his Heaven. Everyone had to repent, if they sought access to God’s heaven. This worldview of the Church suited the emperor.

Gods other than the Christian god came to be seen as false; their shrines were destroyed, and their cults brutally suppressed by the state. Zeus, Mithra, Isis, Horus, were all seen as competition. They had to be wiped out. Images of Jesus from the 4th century CE showed him like Jupiter, the patriarch of Roman gods, seated on a throne, ready to cast out those who angered him to Tartarus, the Roman version of hell. Thus, ended the era of paganism, of many gods, and many mysteries. Everyone in the empire had to believe in the same thing.

This use of religion to wipe out the emperor’s opponents was a political innovation, later used by Muslims. It marks the beginning of religion, as we know it today.

Jewish prophets who condemned ‘false’ gods venerated by the Chosen People, did not seek to impose their ‘true’ god on outsiders. The pre-Islamic rulers of Persia followed the monotheistic Zoroastrian faith, but felt no compulsion to convert the people they ruled. Proselyting begins with Christianity. Some argue the Christian evangelical movement was inspired by Buddhism. However, Buddhism had not spread from Central Asia to East Asia at the cost of other faiths. Ashoka, the Indian emperor, who sponsored Buddhist missions beyond Indian borders, celebrated other faiths such as Hinduism, and Jainism. In China, Buddhism adapted Confucian and Taoist faiths. In Japan, it adapted to Shintoism. In Tibet, it absorbed the Bon pantheon.

The word ‘religion’ originally referred to monastic orders: to be religious was to devote one’s entire life to the faith. But in the mid 19th century, the Japanese Emperor forbade missionary activity on his islands, and simultaneously blocked access to Christian merchants. That was when letters were written to the Japanese emperor where the word ‘religion’ was used as a cultural attribute, deserving respect, but to be separated from economic activity.

The Christian merchants were telling the Japanese emperor that his ‘religion’ was also true, just like theirs, and both needed respect, and ‘religion’ should not come in the way of trade. This separation was done to gain access to the Japanese markets. The Christian drive to harvest souls was suddenly deemed as a hindrance to trade. Christians were willing to acknowledge that theirs was not the only ‘true’ god. There were others in the world, in Japan for example. Thus, for strategic reasons, religion was separated from the economic – reversing a trend that began 1500 years ago in Rome. All for business.