View: Power has an inherent interest to keep things secret 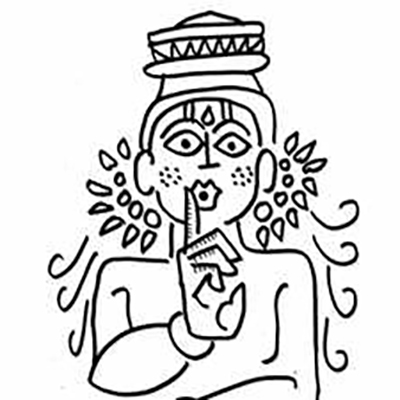 Published on 6th October, 2018, in The Economic Times.

A simple way to harness power is to keep a secret. This tendency, of being covert, has been used across time and space, around the world, in myth and in reality, in politics and in romance.

Take for example, the idea of the Electoral Bonds: Although you are a citizen of India, you have no idea about who funds your political parties because the state has decided that the funding of political parties shall be kept a secret. So, the source of the funds could be a foreign power.

It could be a criminal organization -we really don’t know who brings in the money. It could very well may be a crony, capitalist lobby, funding a political party. But we shall never know. In this way, politicians, across the spectrum, from the left to the right, in India, gather power for themselves.

One hears of great temple wealth, secretly hidden in its coffers that nobody is willing to talk about. Like hidden files of bureaucracy, temples have secret rituals, known only to priests, performed behind curtains, that generates a sense of awe and reverence and mystery.

In Jagannath Puri temple, for example, the great ritual of the resurrection of the deity known as Nabakalebara happens every 12-14 years and is done in hushed tones, at night, behind the curtain and no one really knows what happens.

Hundreds of priests involved in the ritual thus harness power. They reveal it strategically, just a bit, not all, to rich patrons, for a fee. The caste system with the principle of endogamy was meant to keep knowledge systems within communities.

Therefore, a potter’s knowledge remained with the potter community, a weaver’s knowledge remained with the weaver community, and there was no leak. Things went wrong when certain family vocations, like sweeping, for example, came to be seen as ‘unclean’ while other family vocations, like teaching, came to be seen as ‘clean’. This gave rise to the draconian caste system which led to denial of power, respect and agency to many communities.

In the Hollywood animation film, Kung Fu Panda, we are told of a secret scroll that contains the mysteries of life, like the secret ingredient of a popular soup. This secret inspires heroes and villains to rise and open the scroll to read it — only to find there is no secret. Power, we thus realize, comes from notion of secrecy rather than the actual content. By the simple act of keeping things secret, by not revealing something to another, we grab power to ourselves.

In the old Vedic traditions, the great god, Varuna, had a thousand eyes by which he could see everything. He, therefore, had access to all information and all secrets and that made him all-powerful. In folklore, we hear of demons, their great secrets are about where their lives are located. When someone forces a secret out of us or tricks us into revealing a secret, like the demon’s secret regarding where his life is located, there is a sense of violation because someone has taken power from you, without your permission.

Of course, power is used in different ways; people who fall in love do not share their lover’s details with others and, in that secrecy, they enjoy a sense of delight and security.

Between spouses, secrets are maintained; a husband will not share all his secrets with his wife and thus, withholds power from his wife.

However, when you reveal a secret to someone, it is an indicator that you trust them. Therefore, in the Ramayana, we hear how Rama and Sita share secrets with each other, which are known to no one. Hanuman is told one such secret by Rama, so that he can convince Sita that he is indeed Ram’s messenger.

Effectively, secrecy is about boundaries. It is about creating barriers that isolate us from the rest of the world. This secures us. Keeps danger out. The greatest power then is to know other people’s secrets.

The one who knows all secrets then is God, the omniscient. The desire of politicians, and the state, to know all our secrets, through all our data in the public domain, is why the Right of Privacy demanded by the individual will always be at odds with the Right of Information demanded from the state.