Validating human existence through the Indian scheme of things 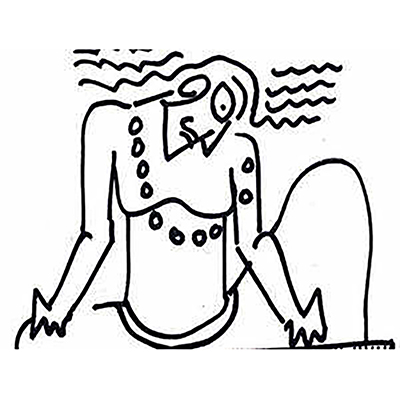 To appreciate this concept, we need to hear the story of Indra, King of Paradise, who one day called upon his architect, Vishvakarman, to build a palace worthy of Indra’s glory. So Vishvakarman built him a palace, but it didn’t satisfy Indra. So another bigger and grander palace was built. But even this was not good enough for Indra, so Vishvakarman built yet another palace. But no matter what Vishvakarman created, Indra remained unsatisfied – Indra felt that his glory was not matched by the opulence of the structures being built.

Desperate, Vishvakarman went to Vishnu and asked for help. Vishnu appeared in front of Indra, in the form of a child. Indra took him around, showing him the many palaces built by Vishvakarman. Indra then very sheepishly added that none of them, actually, matched his greatness. But, Vishnu, as the little boy was not impressed and informed Indra that his palaces, though wonderful, were not as wonderful as the palaces of the Indras who lived before him.

This comment startled Indra, and he asks the boy what he meant by before him: wasn’t he unique? The boy laughed and mentioned that there were many Indras in the world, there were many Indras before him and there would be many after him. Right at that very moment there were as many Indras in different realms, as there were grains of sand on a beach. Each one of them was trying to outdo the other by building a great palace worthy of his glory and none could achieve this. Indras came and went with the season and in the universe which is a canvas of infinity, each Indra is eventually reduced to nothingness. Indra realised that in the denominator of infinity which is the universe, he had no essential value.

The idea of value, therefore, bothered the sages of India known as Rishis. They kept asking what it was since nothing matters when placed against the canvas of infinity. They observed nature carefully and passed on their learning through the Vedas and Puranas.

They observed that the elements, fire, water and wind do not consume anything for they valued nothing. Plants on the other hand value the elements, as they consume them in order to survive. Plants seek sunlight, they need air, they need water, they need the earth to survive and seek out valuable nutrients.

Humans consume everything, they consume plants, animals, minerals. We find value in everything and by consuming them we give value to nature around us and transform them into various commodities. The question, therefore, is what gives value to humans. Who consumes humans, who eats humans?

Now humans have found a very innovate way of creating value without being consumed physically, unlike plants and animals. We create value through goods and services we exchange in the marketplace. This bestows value on us as providers. That is the unique capability of the human being.
Unlike animals whose bodies are consumed by their predators, humans create value that can be consumed by other human beings in the marketplace.

Not only can we create value and exchange value we can also collect value. We can gather property. By gathering things, we give ourselves value. In most societies, one is valued for the value one gathers, in terms of material prosperity. I am, what I gather. I am, what I have. Therefore, like Indra, we keep building and collecting more and more and become valued members in society as someone who possesses a lot of things.

In the Vedas, they say that Artha is about generating food, by creating goods and services. While Kama, is satisfying this hunger. In Dharma, we consider the hunger of others and, in Moksha, we outgrow our hunger.

Only when we outgrow hunger, can we be generous and charitable and let things go. That is the problem with Indra. Indra has not outgrown his hunger for things and therefore he is seeking value for himself by collecting things.

Therefore, he is unable to be generous. He seeks value from the things he possesses. But in the Indian scheme of things, ultimately all things must be consumed.

Possessions do not give us value, wisdom gives us value. The realisation that nothing lasts forever must help us in outgrowing our hunger. Only by satisfying other people’s hunger, do we truly bring value to society. Only when we outgrow our hunger can we be truly generous.

This article is also listed under Business, Indian Mythology, Puranas